The Saints can still get the NFC's No. 1 seed. Here's how

The Saints are able to claim the No. 1 seed because they have the tiebreaker over the Seattle Seahawks, who now lead the NFC West division. 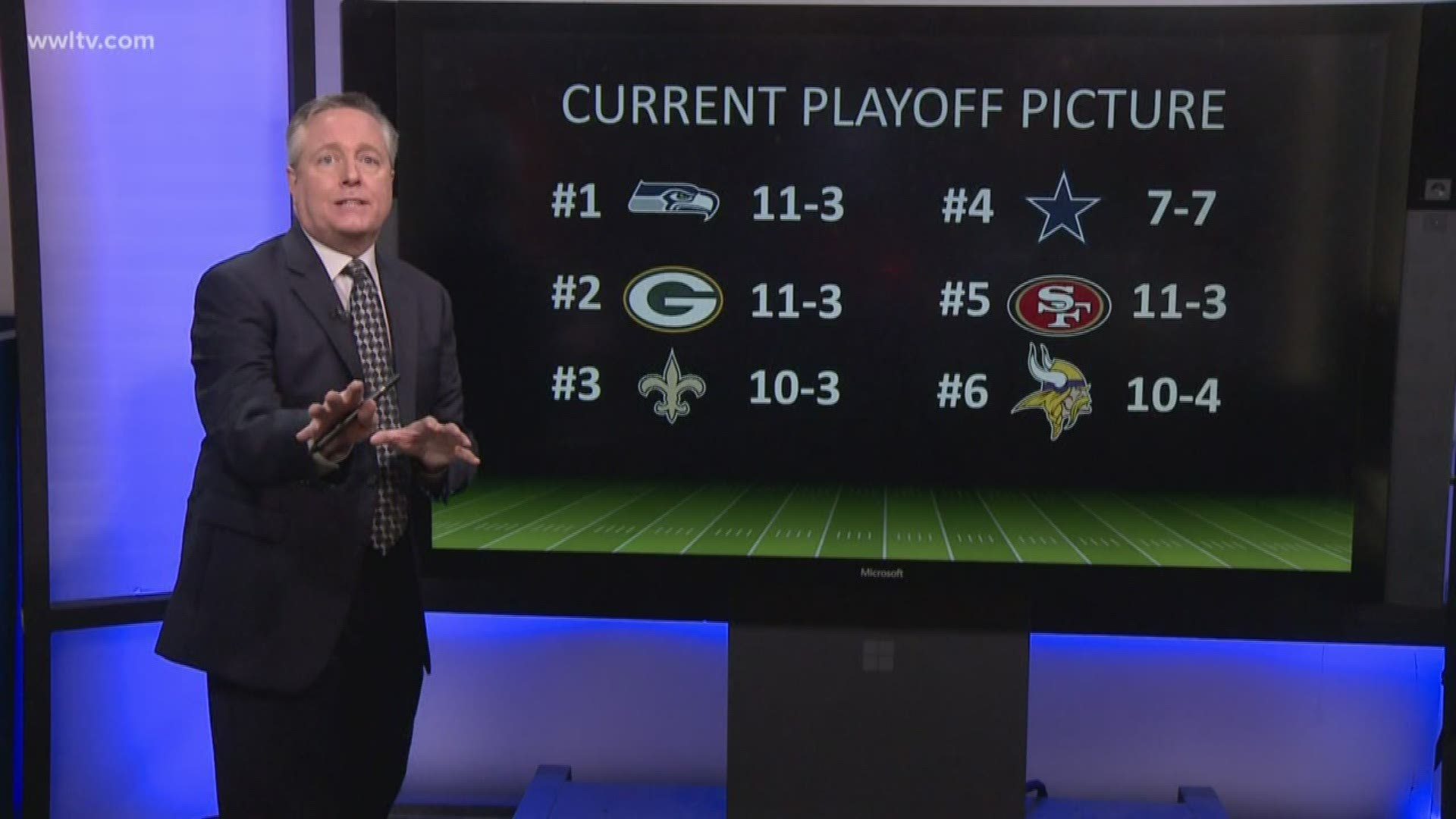 NEW ORLEANS — The New Orleans Saints can still earn the No. 1 seed in the NFC, but they need a little help. Monday's win against the Indianapolis Colts is the first step to claiming that spot and "Dome-Field Advantage" in the NFL playoffs.

The Atlanta Falcons' win over San Francisco dropped the 49ers to the No. 5 seed, even with a record of 11-3! Now, the Saints are able to claim the No. 1 seed because they have the tiebreaker over the Seattle Seahawks who now lead the NFC West division.

The Saints still need some help though, specifically for the Minnesota Vikings to beat the Green Bay Packers next week on Monday Night Football. If the Vikings beat the Packers, the Saints can jump to the No. 2 seed and get a first-round bye.

To claim the No. 1 seed though, the Saints also need the Seahawks to defeat the 49ers in Seattle to end the season.

If the Saints can get their hands on the No. 1 seed, they earn a coveted bye week in the playoffs and will play both games at home in the Mercedes-Benz Superdome.

If New Orleans ends up in the No. 2 seed, the Saints will get a bye week, one home game and then might have to play the NFC Championship game on the road.