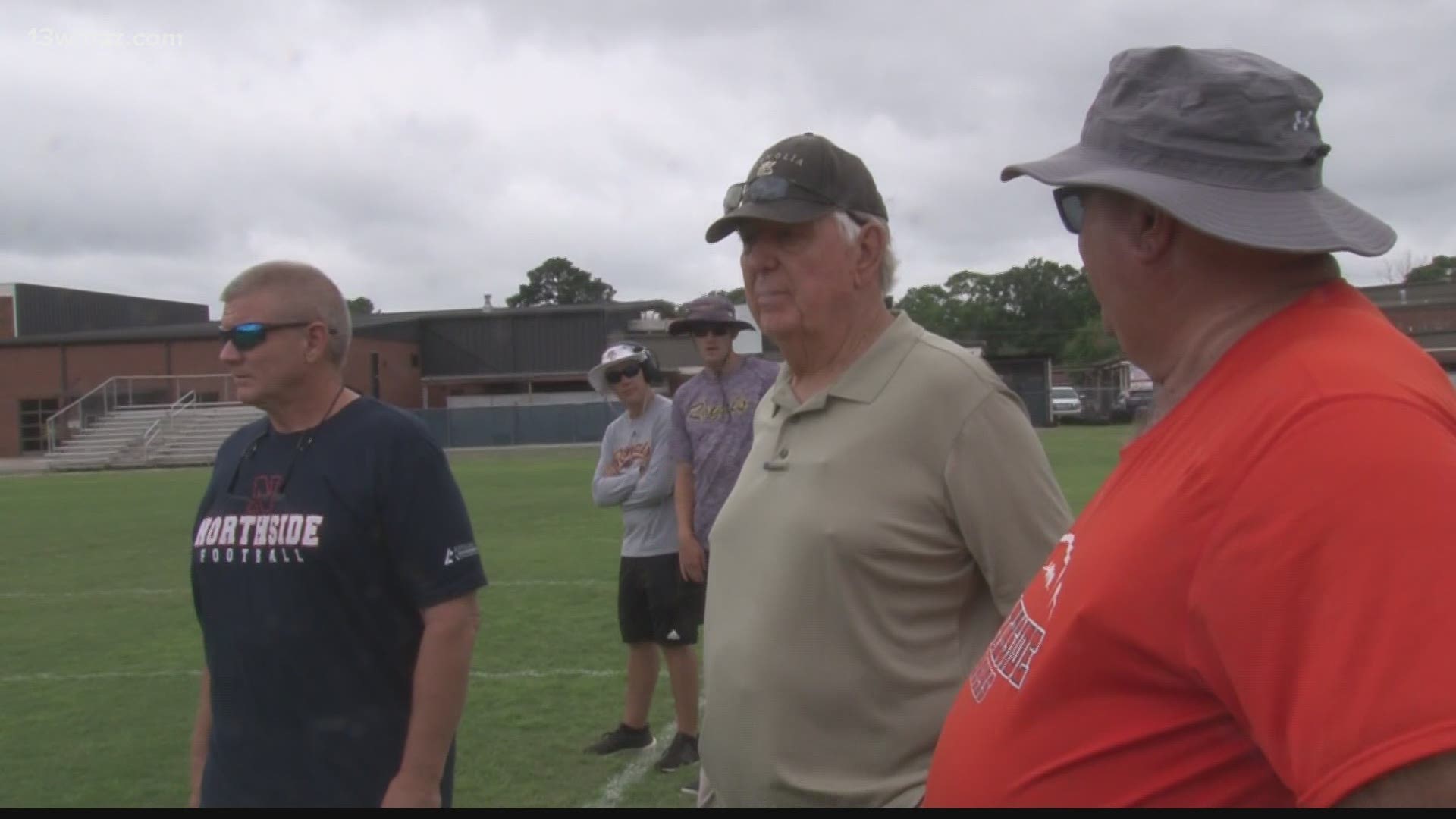 Coach Conrad Nix is the winningest coach in Northside's history, leading the Eagles to five state championship games while winning back-to-back titles in 2006 and 2007. Monday, the retired legend was back on familiar territory -- not to coach, but instead fellowship with friends and former colleagues Coach Nix considers family.

Current head coach Chad Alligood, entering his second season, organized this tribute with only former Northside staff members who are now head coaches. The disciples of Coach Nix’s coaching tree spreads across beyond Central Georgia to include Ryan Crawford at Houston County, Von Lassiter at Bleckley County, Mike Chastain at Jones County, and Kevin Smith from Perry, and they all are proud to say Coach Nix helped them establish their own head coaching careers.

Nix coached a total of 36 years, 24 spent wearing the blue-and-white on Green Street. Coach Alligood promises this to be an annual affair going forward.