His parents and daughters plan on watching him online at the opening ceremony on July 23rd. 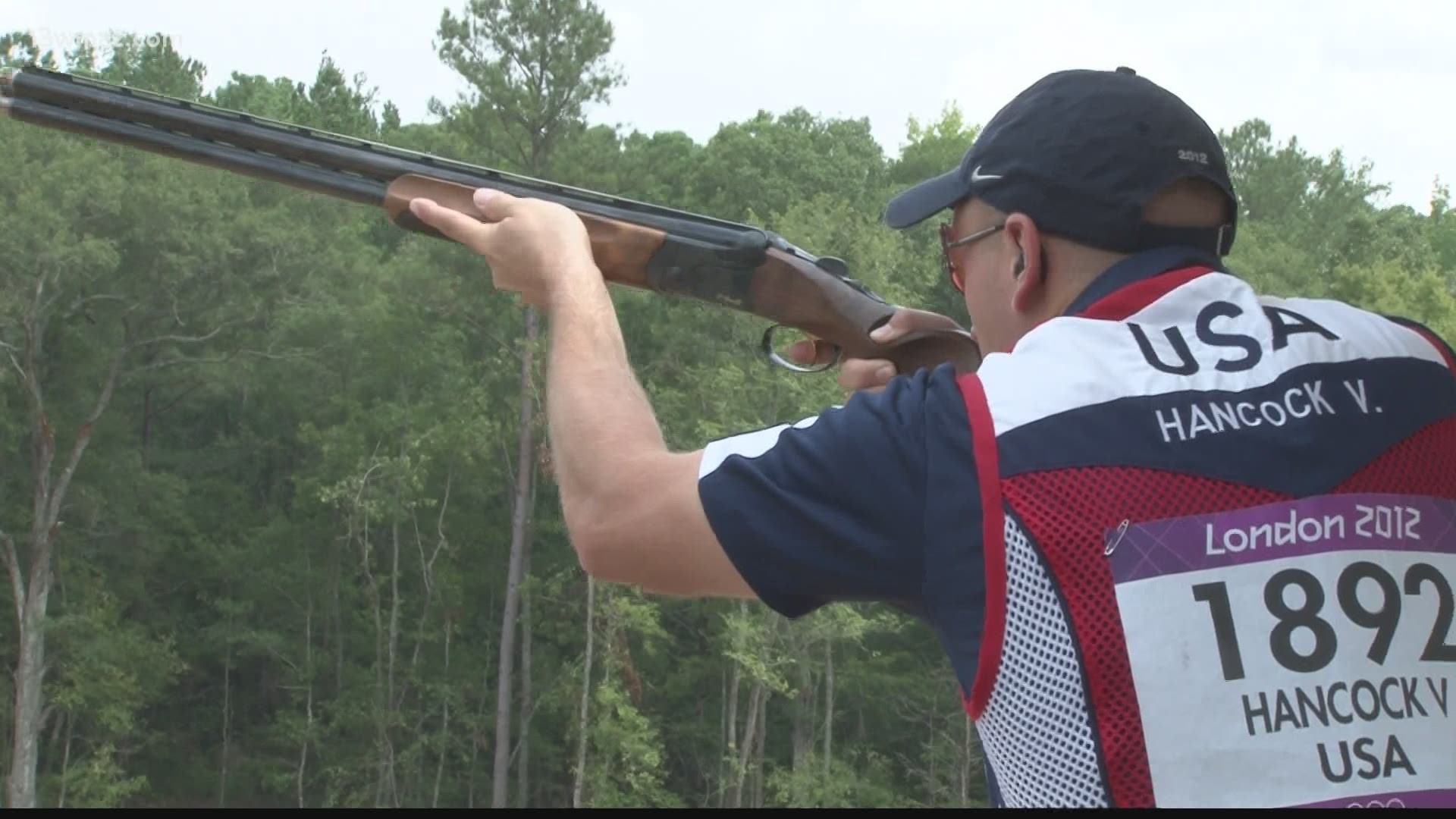 EATONTON, Ga. — Vincent Hancock of Eatonton, a two-time skeet shooting Gold Medal winner, is headed to the Olympic Games in Tokyo next month.

At the age of 10, Hancock started skeet shooting with his dad and brother.

"It was a family affair for us," said Vincent. "My dad and brother were both competitive shooters when I was young."

He shot his first round of skeet at a range east of Atlanta.

"I just kind of continued to grow in interest and wanting to try it," said Vincent.

Then, just before his 12th birthday, at his 4-H championship, someone told him he should compete for the Olympics.

His parents drove him back to Atlanta, and Vincent never looked back.

Vincent said, "To that point, that was the most challenging thing I had ever done in my entire life, so on the drive home that night, I told my parents that this is what I want to do. I want to go to the Olympics and win a gold medal."

However, his practice range closed in Atlanta, so his dad Craig Hancock built him his very own backyard range.

Craig said, "I asked him and said -- he was really upset -- 'If I build you a field, will you use it?' He said, 'Yes I will daddy, every day,' so we built it, and he did it. He never missed training, always training. Never underestimate your child, what they can do, what they're capable of!"

Vincent spent hours practicing, and has since then been to the Olympics three times.

Vincent said, "As a small town Georgia boy who never had thought he'd ever really leave the southeast, traveling over and talking to different people and experiencing other cultures, I am very thankful that I had what I had to be able to do what I am doing now."

Vincent leaves for his fourth Olympic games on July 16.

Vincent served in the Army from 2006 to 2012, and even though he grew up in Eatonton, he now lives in Fort Worth, Texas.

His parents and daughters plan on watching him online at the opening ceremony on July 23rd.