The decathlon star placed fourth in Tokyo, but he's already got his sights set on Paris in 2024. 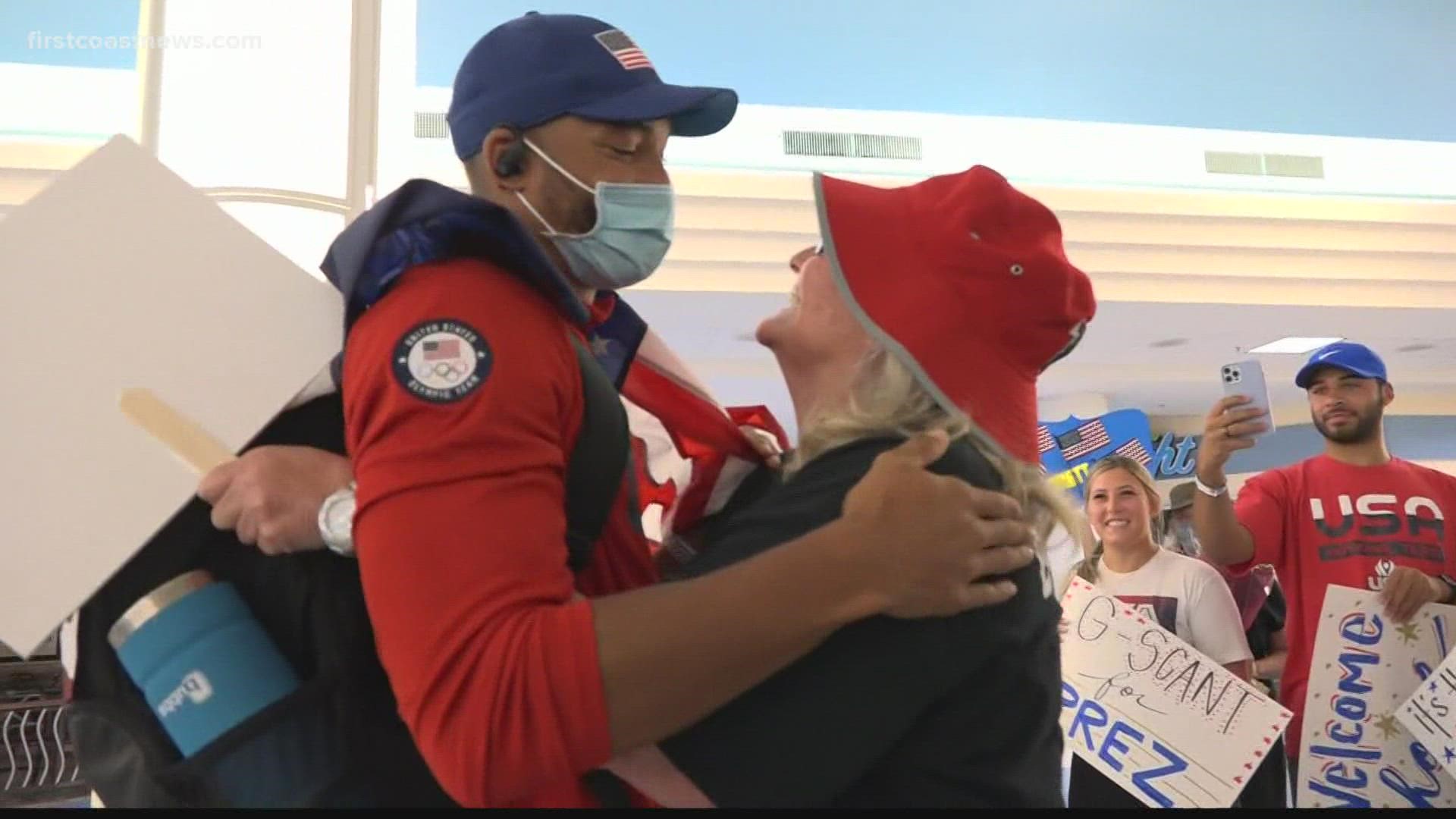 JACKSONVILLE, Fla. — A hometown hero has made his return to Jacksonville after competing in the Tokyo Olympics.

Decathlete Garrett Scantling landed at the Jacksonville International Airport around 1:30 a.m. Monday. He placed fourth in the decathlon in Tokyo after setting a personal best record in the 1500m.

Fans cheered for Scantling's arrival, chanting "USA! USA! USA!" as he made his way to the gate.

"It was awesome," the Episcopal High School and University of Georgia alumnus said. "You know, it was a lot different than I expected. But you know, I went there and took care of business. And I'm proud of the way I handled myself and the way I competed. So I can't ask for more than that."

Scantling told First Coast News he has nothing planned for the next month or two before focusing on training for future competitions.

Scantling's fourth-place finish may carry a familiar sting. In 2016, he placed fourth in the Olympics qualifier for the decathlon. Only the top three make the Olympic team.

But Scantling didn't give up on his dreams of making it to the Olympics. He continued his training and represented Team USA in Tokyo in what is often called the most grueling event in all of sports.

RELATED: Disappointments in your life? How a local Olympian bounced back

Now, he has his sights set on competing again at the Paris Olympics.

"2024?" we asked Scantling of his future Olympics prospects.

RELATED: Snickers? No. Highlighter orange shoes? Yes! Behind the scenes with Garrett Scantling