DNR officials said if you see a northern snakehead, you should "kill it immediately." 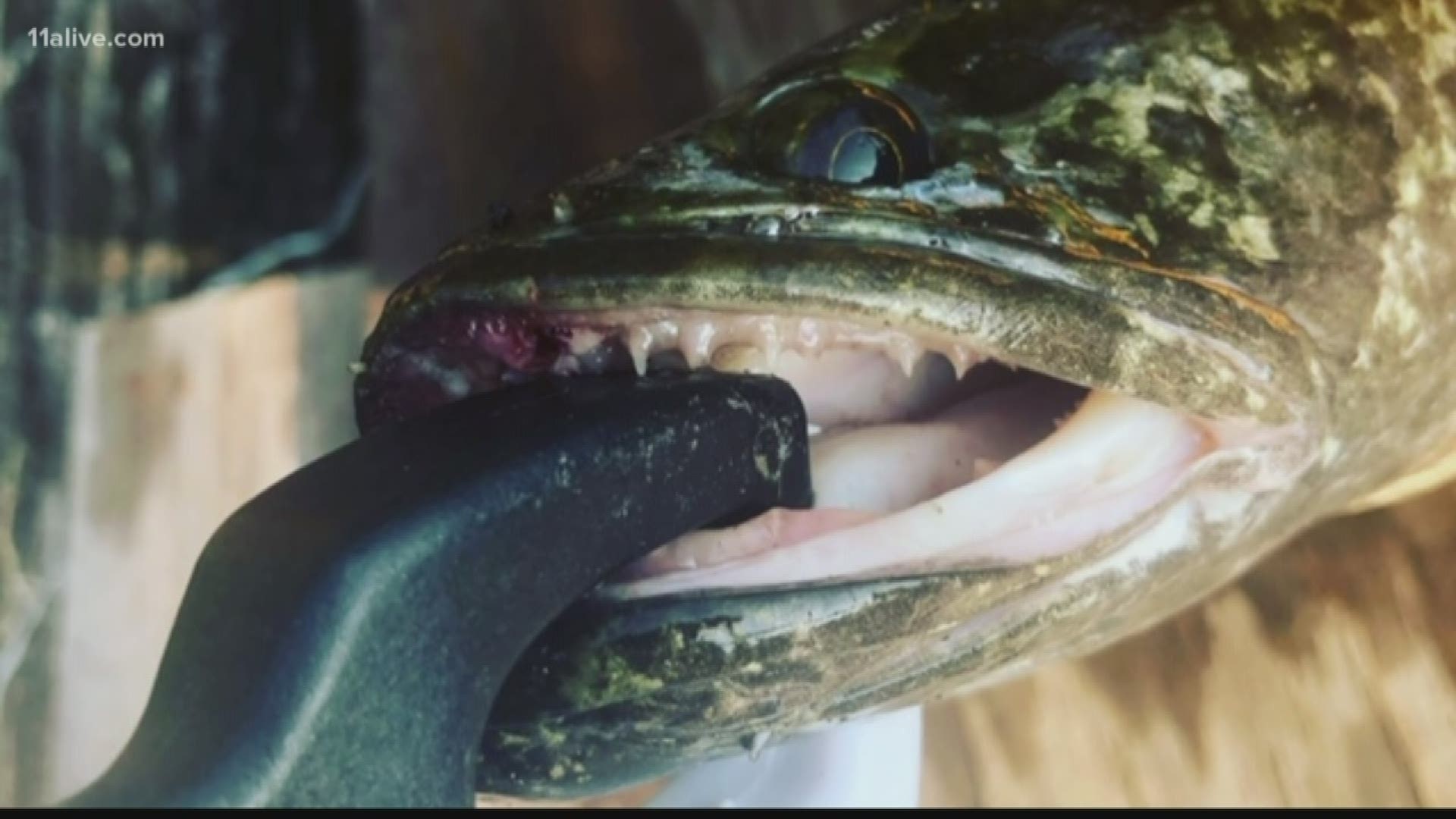 GWINNETT COUNTY, Ga. — The Georgia Department of Natural Resources said they were shocked when they learned a man caught a northern snakehead in the state. It was the first one found here.

It's a long, thin fish that you need a strong stomach to look at. The metro Atlanta man who caught one said he knew immediately what he was looking at.

Johnathan Maynard was fishing in a private pond in Gwinnett County when he spotted the deadly fish that can survive on land last week. He immediately called DNR.

"When I had him on the dock, dry land, I heard him take a gulp of air, which was really weird," Maynard said. "I had never heard a fish do before. So it was pretty cool, I'm not going to lie."

He said when he caught it, it was like he just hit a tree stump in the water.

"I just saw this explosion come out of the water," he said. "The fight was only a 30 second fight. The hardest part was getting it up on the dock."

The fish are often introduced through unauthorized release, according to DNR. They can impact native species by competing for food and habitat.

Fourteen other states have reported sightings of the snakehead.

The DNR says if you catch one, you should kill it immediately.

So did Maynard kill it?

"No I did not kill it. DNR says kill it. But I was trying to weigh it and it thrusted violently -- broke my scale -- back in the water."

From the DNR, DO NOT RELEASE IT.

They thought they were mugging a guy on the street. He was actually an undercover DEA agent about to conduct a bust.