After a long battle with cancer, "Knucksie" as he was affectionately known, died. 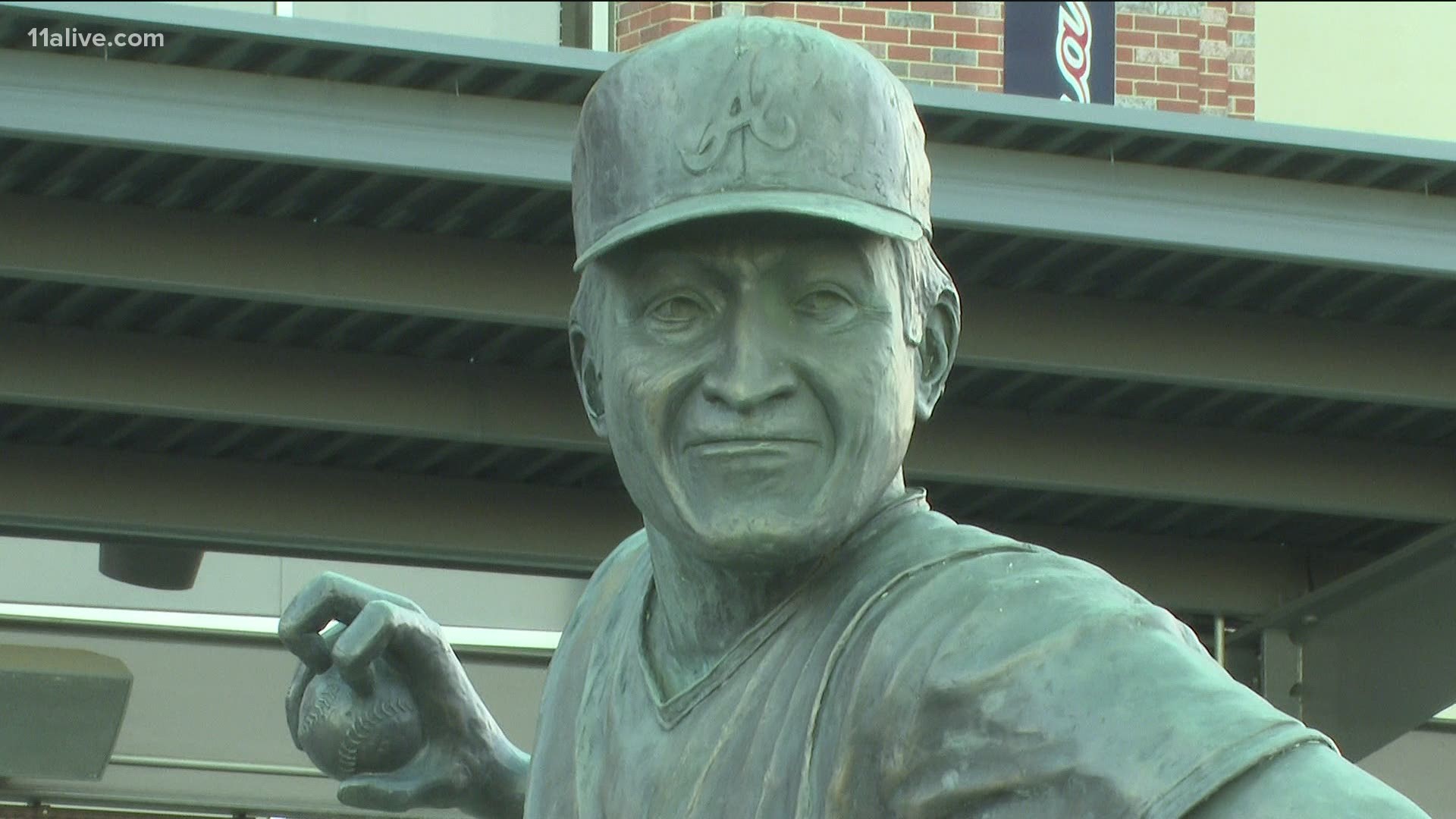 ATLANTA — At the age of 81, Hall of Famer Phil Niekro passed away in his sleep after a long battle with cancer.

The five-time All-Star and five-time Gold Glove winner was inducted into the National Baseball Hall of Fame in 1997 and continued to be a part of the Braves family.

Born in Lansing, Ohio in 1939, Niekro's father was a coal miner who taught him and his brother Joe how to throw a knuckleball in the backyard.

Niekro went on to start his baseball career in 1959, when he was signed by the Milwaukee Braves. After spending time in the minors and serving in the military, he made his major league debut in 1964.

He quickly became one of the top pitchers in the big leagues, thanks to his knuckleball, giving him the nickname "Knucksie".

Master of the knuckleball and a great mentor, leader and friend, Hall of Famer and @braves legend Phil Niekro passed away overnight at the age of 81. https://t.co/aj7uScYnuy pic.twitter.com/F1GmX9Yb1n

In 1973, Niekro threw a no-hitter against the San Diego Padres. It was the first no-hitter for the Braves franchise after moving to Atlanta.

The Braves released Niekro in 1982, and the Yankees signed him the following season. As a Yankee, Neikro earned his 300th career win. His 318 victories rank 16th all-time, and he still is 11th all-time in strikeouts with 3,342.

After playing in Cleveland and Toronto, the 48-year-old, the oldest player in history at the time, signed a one-day one-dollar contract with the Braves. After 24 seasons, his time in the big leagues came to an end.

Ten years later, Niekro was inducted into the Baseball Hall of Fame.

The pitching legend still holds multiple records from his decades playing for the Braves. According to the team, Niekro "pitched in a franchise-record 740 games, and he owns or shares 12 other Atlanta career pitching records."

After retiring from the major leagues, his baseball career continued. Niekro managed the Colorado Silver Bullets, a women's professional baseball team. While the team didn't last, Niekro believed in what he was doing.

"This is America, women should have a chance to play," Niekro once said.

He continued to live in Georgia, working for a company to improve baseball equipment, all in an effort to continue to help the game he loved so much.

The Braves give out an annual award in Niekro's honor to the top minor-league pitcher in the organization.

Niekro's family has asked in lieu of flowers, for any donations to be directed to the Edmondson Telford Child Advocacy Center in Gainesville.

Statement from the Braves:

We are heartbroken on the passing of our treasured friend, Phil Niekro. Knucksie was woven into the Braves fabric, first in Milwaukee and then in Atlanta. Phil baffled batters on the field and later was always the first to join in our community activities. It was during those community and fan activities where he would communicate with fans as if they were long lost friends.

He was a constant presence over the years, in our clubhouse, our alumni activities and throughout Braves Country and we will forever be grateful for having him be such an important part of our organization.

Our thoughts and prayers are with his wife Nancy, sons Philip, John and Michael and his two grandchildren Chase and Emma.