Both runners have set state records this season 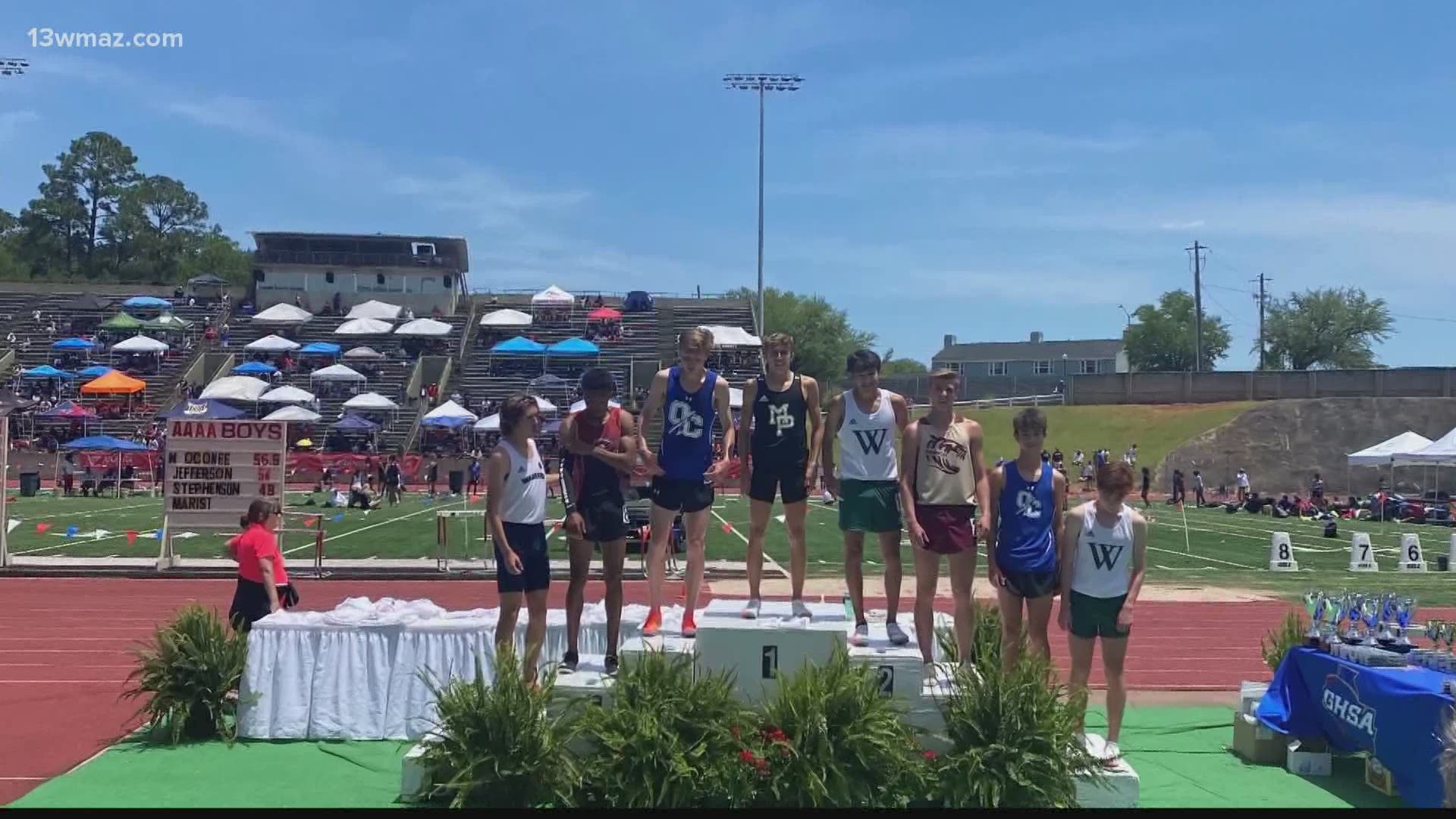 After the state meet on Saturday he came back to Jones County and scored a touchdown in the football team's spring game. It was a busy evening to say the least for Ragins, who is never afraid of the upperclassmen competition.

On the north side of Central Georgia runs Justin Wachtel of Mary Persons High School. Wachtel took home first place finishes in the 800 meter with a time of 1:53.57 and the 3200 meter with a new state record 9:06.49. He also was named a high point total champion.

This wasn't Wachtel's first set of gold medals this year. He also won the GHSA AAA cross country championship back in November. He described the year he's had on the track and the course.

"I couldn't really ask for anything more as a senior like to just to cap everything off cause it's been four years leading up to it now," he said. "But it's been really cool, a lot of wins and stuff. It's cool to represent Mary Persons and winning a lot of races is always fun."

Congratulations to all of Central Georgia's state qualifiers, top 10 placements and individual champions.