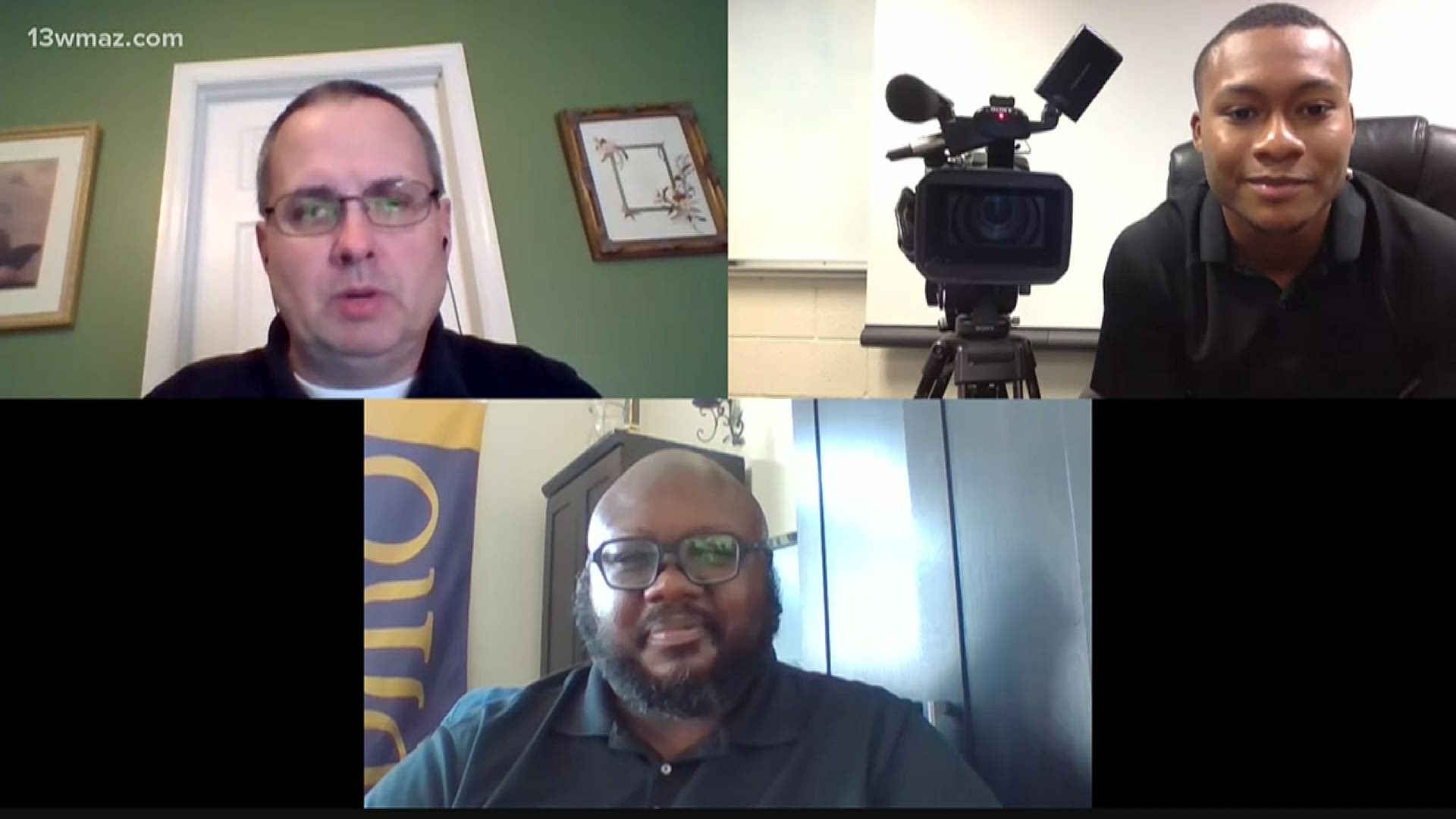 MACON, Ga. —  Daniel Shirley, editor of The Athletic in Atlanta and longtime editor at The Telegraph joined 13WMAZ for a Sunday Conversation on sports in Central Georgia.

Avery: First question, you were the sports editor for a long time, you've seen a lot of kids come through Central Georgia. How have you noticed how the landscape has changed during your time living through here?

Daniel: My first year here was 2006. Marv remembers we had Northside, Dublin and Peach County all play for state championships. That kind of set the tone for me during my time at The Telegraph. I was there for 11 years and we had championship after championship after championship so I know everybody remembers those. Obviously the Mercer win over Duke was a big one as well. Someone wrote a book about that last year, that worked out pretty well. To me, the thing that I've seen is more engagement with the fans and more engagement with the community. I think we've seen sports kind of grow in this area because of that.

Avery: Daniel you spoke about it before, you wrote a book - Mercer Beats Duke, talking about that historic win in the NCAA tournament back in 2014. You followed that team, but I know you've kept up with Mercer since then. What do you think of the job Greg Gary has done in his first season after (Bob) Hoffman was there for so long?

Daniel: I like what I've seen. There's going to be a transition anytime there's a coaching change. There was a transition for Coach Hoffman after he took over for Coach Slonaker. There's gotta be time for Coach Gary to get his players in, get his philosophy out there for the fan base ... We've got to get used to Coach Gary and give him time and see what he can do. I think he's a great coach. I thought he did a really impressive job last year because of everything we just talked about. New coach, all these players who are not his players, most of them anyway and kind of folded that together and had a pretty solid season.

Marvin: We've had such a delay of sports this past spring. There's a big drought all over the country but especially here in Central Georgia. This is unprecedented. How do you feel like the response will be from the players and the fans? Obviously there'll be a greater appreciation, but how do you think everybody is going to respond to it?

Daniel: I think they're going to be just ecstatic. We've had a lot of coaches on our radio show here at the Midday Sports Zone talking to the coaches about it and what they think is going to happen and you can just tell by the sound in their voice that they're ready to get back to work. I think that goes back to community involvement. I really believe you're going to see some big time crowds. People are going to be excited about going back to games and again being smart about it with the social distancing, leaving some space between you and whoever is sitting next to you in the stands. I think we're going to have good teams. You look at what Warner Robins has done the last few years, what Jones County has been, Northside, obviously, always has big crowds. Peach, Mary Persons. There's not a better place to watch a game in the country than Mary Persons. I think we're going to have good teams and you're going to see people be invested. Bibb County as well, the coaches. I think we've had the best coaches we've ever had since I've been here.