At 89, Texas ‘super senior’ tennis player is no match for status quo

Margaret Canby and Rose Austin are proof that age is just a number. 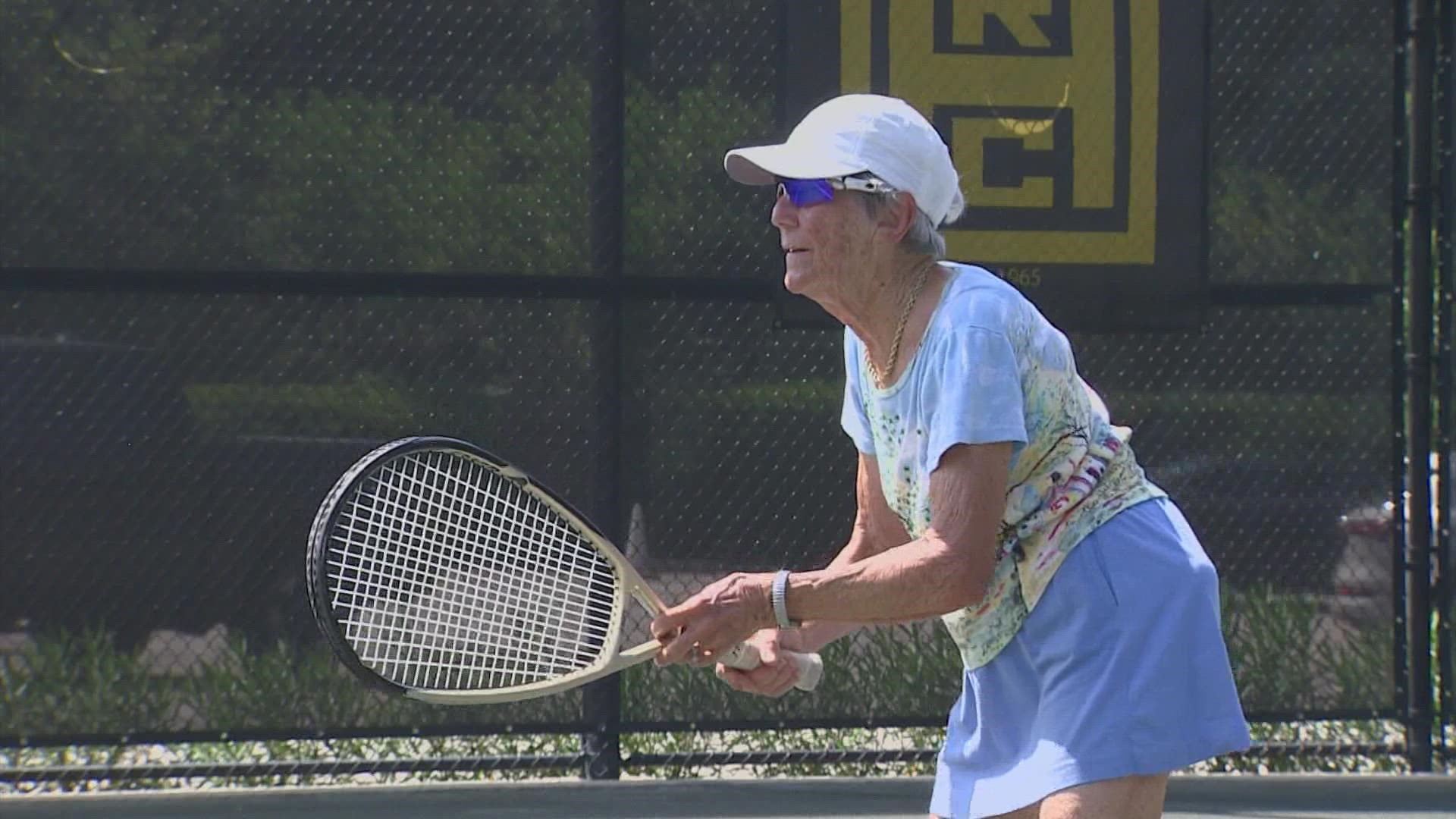 HOUSTON — Has the game passed her? Not even close. A better question is can tennis keep up with Margaret Canby?

Canby is 89. She lives in San Antonio.

“And you are still fighting for equality?” KHOU 11 sports reporter Jason Bristol asked.

“Absolutely,” Canby said. “You know, if, if they have something for the men, we'd like to have it for the women, too.”

It's almost always been Margaret's approach. She’s won roughly 40 different tennis championships and is in the Texas Tennis Hall of Fame.

Canby is currently playing the National Senior Women's Clay Court Championships at the Houston Racquet Club in the 85-89 division with her doubles partner, Rose Austin, of Naples, Florida. Austin is almost 87.

“We call it ‘old lady tennis,’” Canby said with a smile. “The idea is to drive them as far back as you possibly can and the next shot has got to be a drop shot just over the net because we don't run as well as we used to do.”

This story, though, is less about forehand shots and more about this duo's background.

“There is nothing like it,” Austin said. “When we stood there, and they played the national anthem ... the flag was up and it was fabulous.”

The trip wouldn't have been possible had Canby not insisted their age group be included.

“I called the USTA (United States Tennis Association) and I said, ‘You know, you’re false advertising because you're saying tennis is a sport for life, which it is. (But) Where's our (age) 85-and-up team?' And so, so they voted and decided they would send a women's team.”

Does losing at their age still bother them?

The status quo is no match for an ace like Canby.