The magazine explores the whirlwind transformation to the 15-year-old tennis star's life since her run at Wimbledon last month. 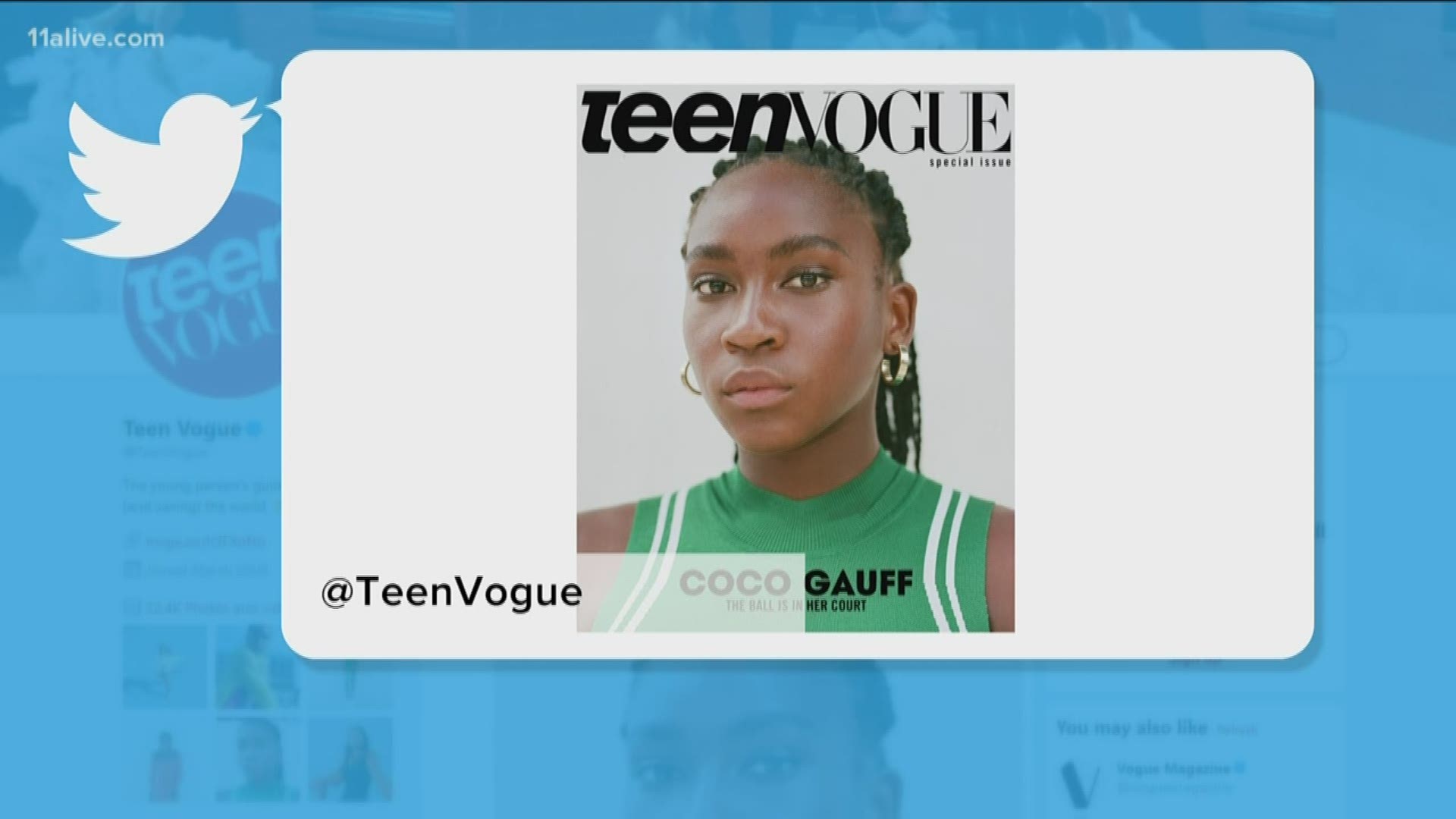 ATLANTA — Tennis sensation Coco Gauff is on the cover of a special issue of Teen Vogue detailing her meteoric rise.

The 15-year-old, who lived in Atlanta during her early childhood, was the toast of the sports world last month as she surged through Wimbledon, beating the likes of Venus Williams in the process.

She was only finally stopped by the eventual Wimbledon champion, Simona Halep, in the fourth round.

In a tweet, Teen Vogue said Coco "opens up about training, her rise to fame, and how she keeps it all balanced" in the special issue.

"Tennis in the U.S. isn't, like, that big of a sport, and now I have people, like, stopping me on the street and everything. I guess it's a plus," she told the magazine for a feature article, outlining how a normal 15-year-old became the most famous teenage girl in America for a few weeks.

Coco's father, Corey, played college basketball in Atlanta for Georgia State. He and Coco's mother, Candi - who ran track at Florida State - stressed that their daughter's sudden stardom is "not an accident."

She's been honing her craft in tennis since she was six.

"She might be overnight popular, but she's not an overnight success," Corey Gauff said.

Coco is set to play next at the US Open, which starts next Monday in New York, thanks to a wild card entry she was given by the U.S. Tennis Association.

In her own tweet, Coco posted the cover and simply included a series of heart-eyes emojis.

She's already made it her profile picture.

Are you ready for more Coco Gauff? She's playing the U.S. Open next