These Central Georgians are now in the NFL 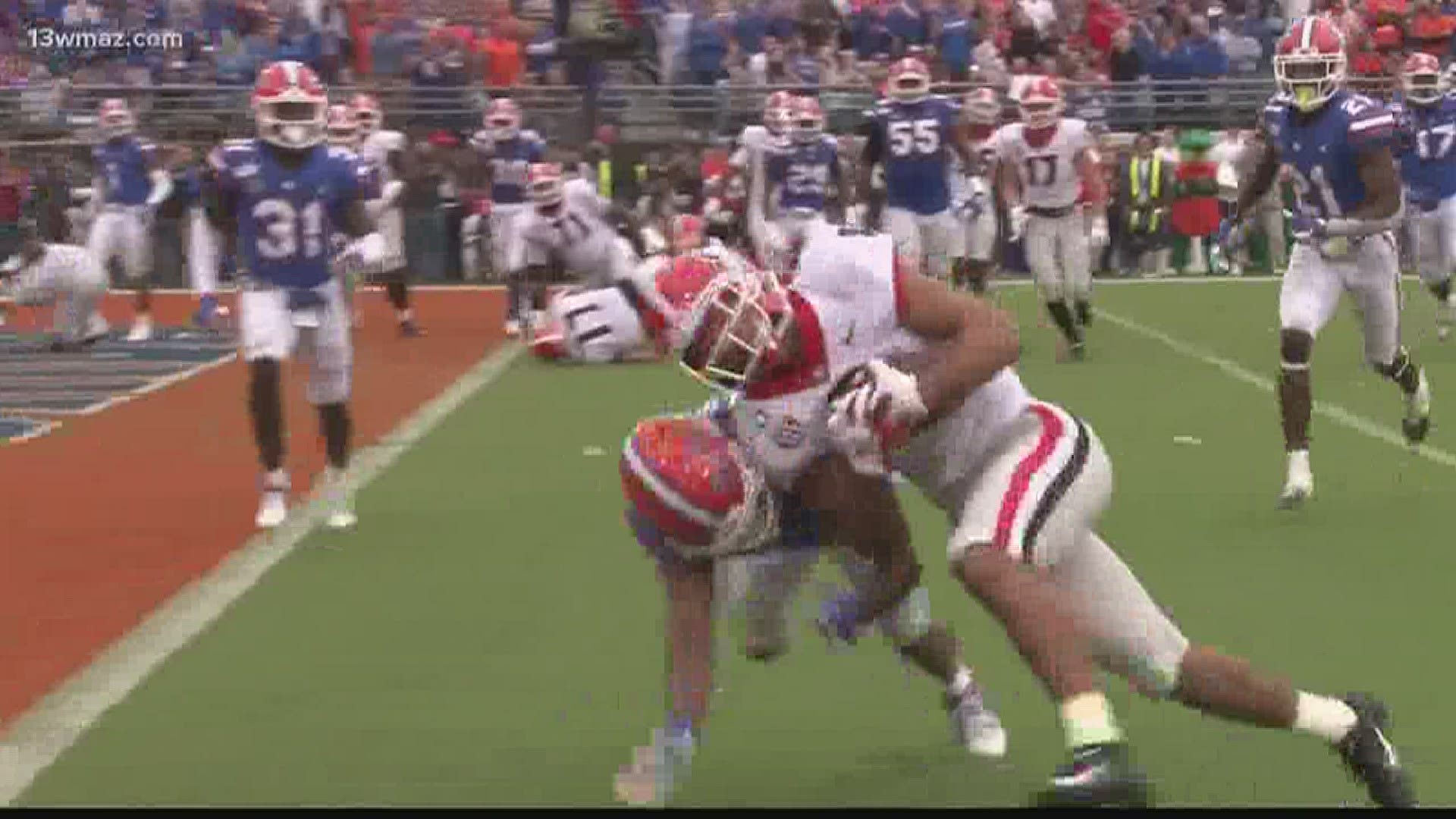 The 2020 NFL Draft wrapped up over the weekend, and now, five Central Georgians have brand new NFL homes.

Here's a list of guys you could see playing on Sunday's this fall:

Jake Fromm will go down as one of the best quarterbacks in Georgia Football history. While between the hedges at UGA, Fromm posted a 35-7 record as a starting quarterback that included a 2018 Rose Bowl win, a 2020 Sugar Bowl win, a SEC Championship and a National Championship appearance. Fromm threw for the fourth most passing yards (8,224) in Georgia history and has the second most passing touchdowns (78).

Fromm was drafted 167th overall in the 5th round to the Buffalo Bills.

During his prep days, Fromm was an US Army All American at Houston County High School in Warner Robins. He finished his prep career with a school record 12, 817 yards and 116 touchdowns.

Harrison Bryant was extremely productive as a tight end at Florida Atlantic University. As a senior he won the John Mackey Award given to the best tight end in the nation and is the first tight end not from a Power Five conference school to win the award. Bryant recorded 148 receptions for 2,137 yards and 16 touchdowns in his career as an owl. He was named named first-team All-Conference USA twice and second-team once.

Bryant was drafted 115th overall in the 4th round to the Cleveland Browns.

While in high school, Bryant was a standout offensive and defensive lineman for John Milledge Academy in Milledgeville. Bryant was a three sport athlete, lettering in football, baseball and basketball and finished his prep football career playing in the GISA All Star game.

Quintez Cephus had an up and down road playing for the Badgers. As a sophomore in 2017, he caught 30 receptions for 501 yards and six touchdowns before missing the final five games of the season with a leg injury. Cephus missed the entirety of his junior year after sexual assault charges were brought against him. Cephus was later found not guilty and was reinstated to the team for his senior year. As a senior Badger, Cephus was the number one receiving option and caught 59 passes for 901 yards and seven touchdowns.

Cephus was drafted 166th overall in the fifth round to the Detroit Lions.

Before college, Cephus affectionately known as QT, was a star quarterback and wide receiver for Stratford Academy. Cephus, was perhaps more known for his high flying talent on the basketball court. As a senior he helped lead the Eagles to a GISA state basketball title in AAA.

DECEMBER 03: Wisconsin Badgers receiver Quintez Cephus looks over to the sidelines during the Championship game between the Penn State Nittany Lions and Wisconsin Badgers on December 3, 2016,(Photo by Zach Bolinger/Icon Sportswire via Getty Images)

Marquez Callaway finished his career as a Volunteer with 92 receptions for  1,646 yards and 13 touchdowns. His receptions yards are 16th best in Tennessee Football history. Besides his receiving, Callaway was also a dangerous threat in the return game. In 2018 and 2019, he was a All-SEC second-team selection as a return specialist. His 13.6 yards per punt return is fourth all-time in UT history and his three touchdowns are second all-time.

While in high school, Callaway was a talented dual threat for the Warner Robins High School athletic program. On the basketball court he was a star guard who lead the Demons to their first state championship appearance in nearly 15 seasons. On the gridiron, Callaway finished his career as a US Army All American, later playing in the US Army All American Bowl in San Antonio.

Credit: AP
Tennessee wide receiver Marquez Callaway (1) catches a pass and runs for a touchdown as he's chased by South Carolina defensive back Israel Mukuamu (24) in the second half of an NCAA college football game Saturday, Oct. 26, 2019, in Knoxville, Tenn. (AP Photo/Wade Payne)

Tyrique McGhee saw action immediately at Georgia as a cornerback playing in 13 games his freshman year. Over the course of four year he played in 55 games and totaled 59 tackles, 2 interceptions, 11 pass deflections and 2 interceptions.

In high school, McGhee was rated a three star prospect. A two way standout player for the Peach County Trojans playing both quarterback and cornerback.