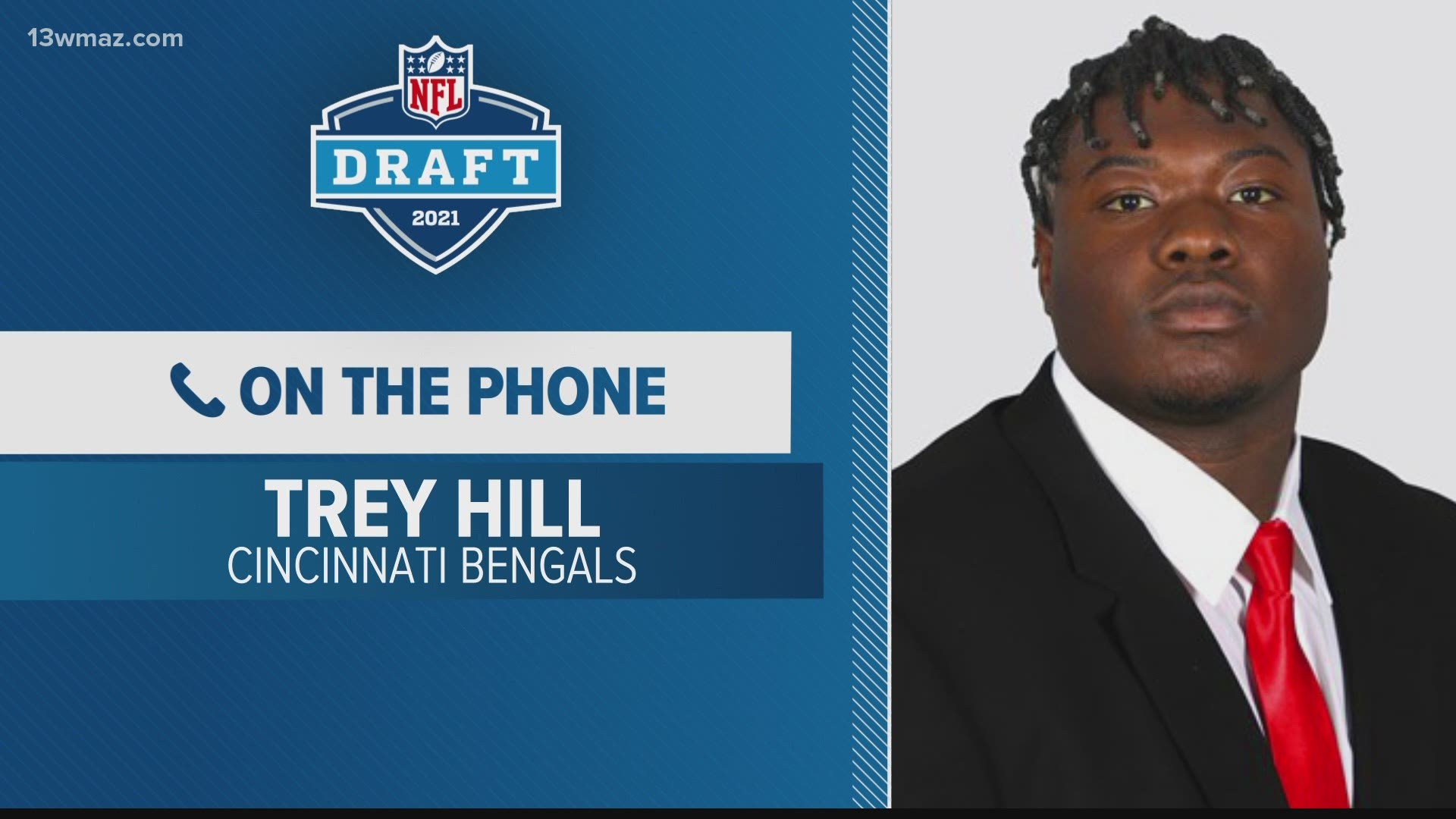 FORSYTH, Ga. — Two Central Georgia families are still celebrating after their college athletes were picked up by NFL teams during the 2021 draft.

Trey Hill was selected by the Cincinnati Bengals in the sixth round of the draft.

The Houston County alum went 190th overall and will now challenge 2018 first round pick Billy Price for a starting spot to protect Joe Burrow at center.

Back in 2017, he tweeted that he'd be drafted and change his family lives. Four years later, he made good on his promise.

"It means a lot to my family. I'm put in a position to help them out each, in each way I can, you know financially. Any way I can, I do it for them. That's basically my why. Why I do everything? It's for them," Hill said.

Forsyth native Malik Herring headed to a new home as well. The former Mary Persons and Georgia Bulldog didn't hear his name called in the draft, but signs a free agency deal with the Kansas City Chiefs.

Herring now has a chance to work his way onto the 53 man roster for the 2020 NFL champs.

Herring has had his doubters, especially after tearing his ACL in January. He's confident in his abilities and is grateful for the opportunity after a long, hard road.