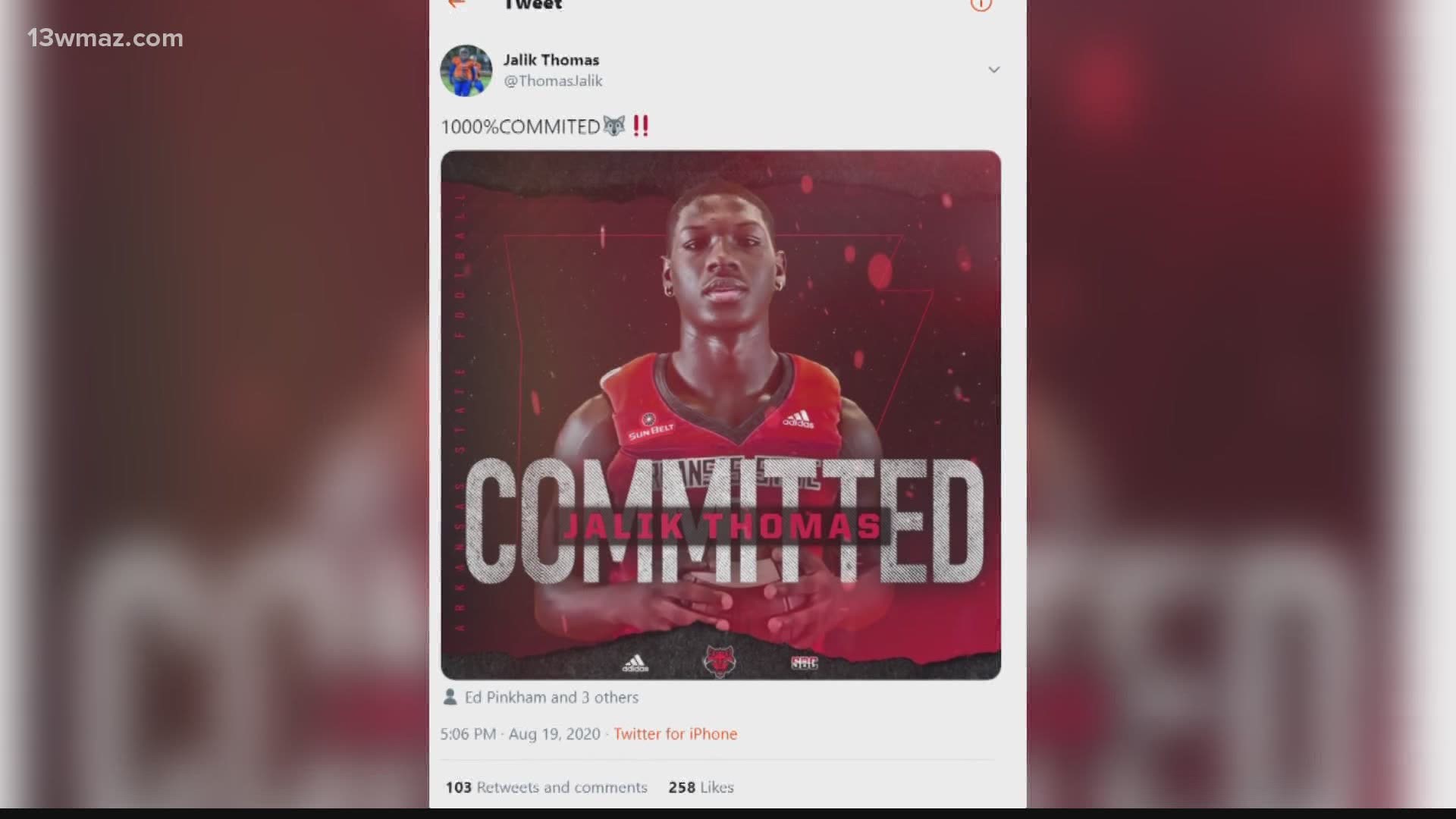 MACON, Ga. — Wednesday was a day of celebration for Central High School after two Chargers made commitments to play DI athletics.

First commitment of the day was football quarterback Jalik Thomas. Thomas committed to play for Blake Anderson and the Arkansas State Red Wolves.

He was electric last year as a dual-threat QB and accounted for nearly 2,000 total yards and 20 touchdowns.