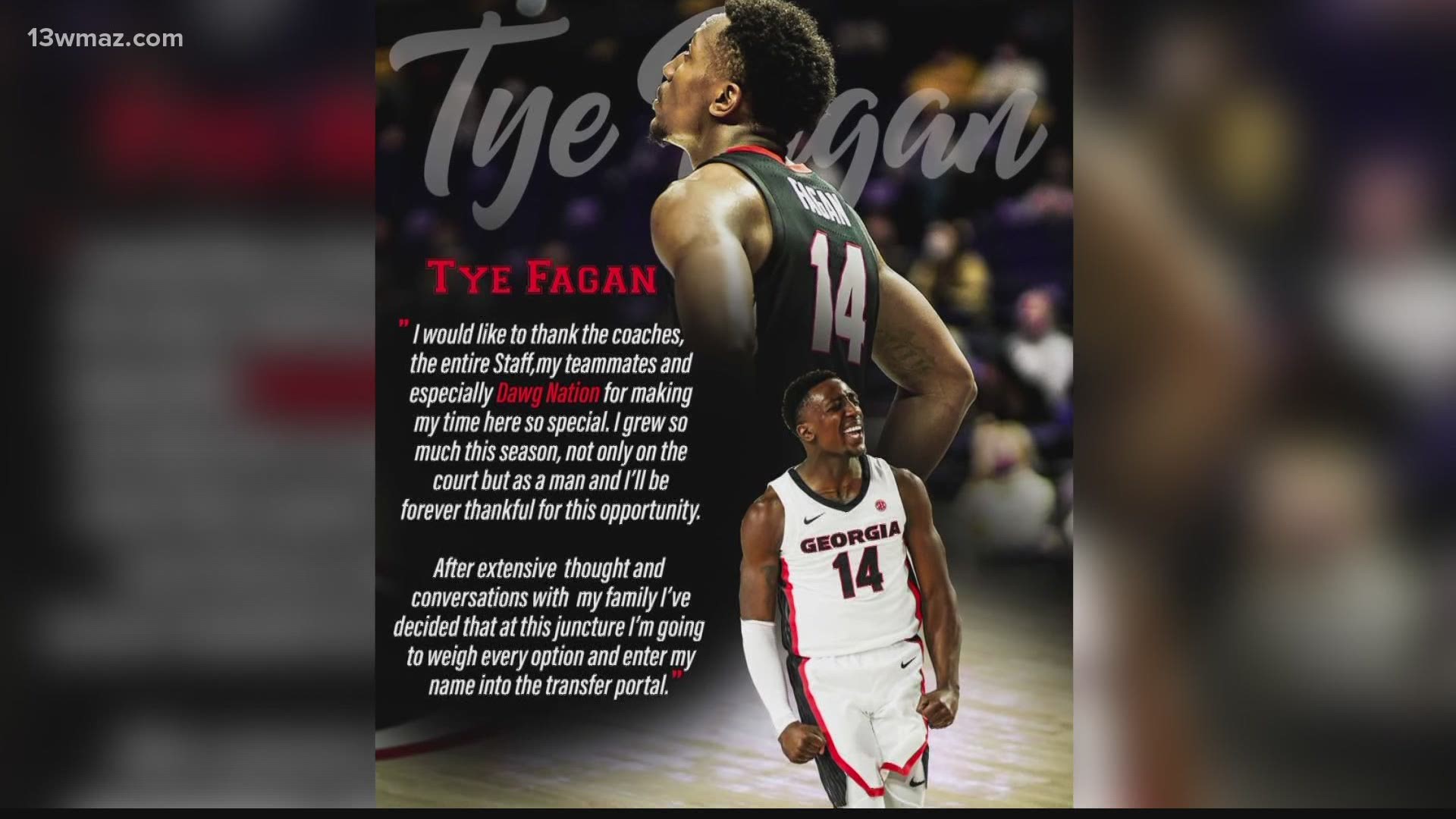 ATHENS, Ga. — As the NCAA tournament continues, every college basketball players has dreams of playing in the big dance. Two Central Georgians will search for new teams to get them there.

Tye Fagan of the Georgia Bulldogs took to Twitter on Tuesday to announce his availability. The former Upson-Lee Knight started 24 games for the bulldogs this season and averaged nine points and 4.3 rebounds. In high school he was a two-time GHSA AAAA player of the year and won back-to-back state titles.

Cam Holden will also enter the transfer portal and leave the University of Tennessee at Martin. The former Mary Persons Bulldog led UT-Martin in points, rebounds and steals on his way to All-Ohio Valley Conference second team and All-Newcomer honors. Holden has two years of eligibility remaining and said he just wants to find the right fit.

"I'm willing to come off the bench for a team. I did it for this team, start, whatever this team needs me to do I'm willing to do get them over the hump. Whatever team I fit, say the team needs one more player or one more guy to help them, that's what I want to be for that team," Holden said.