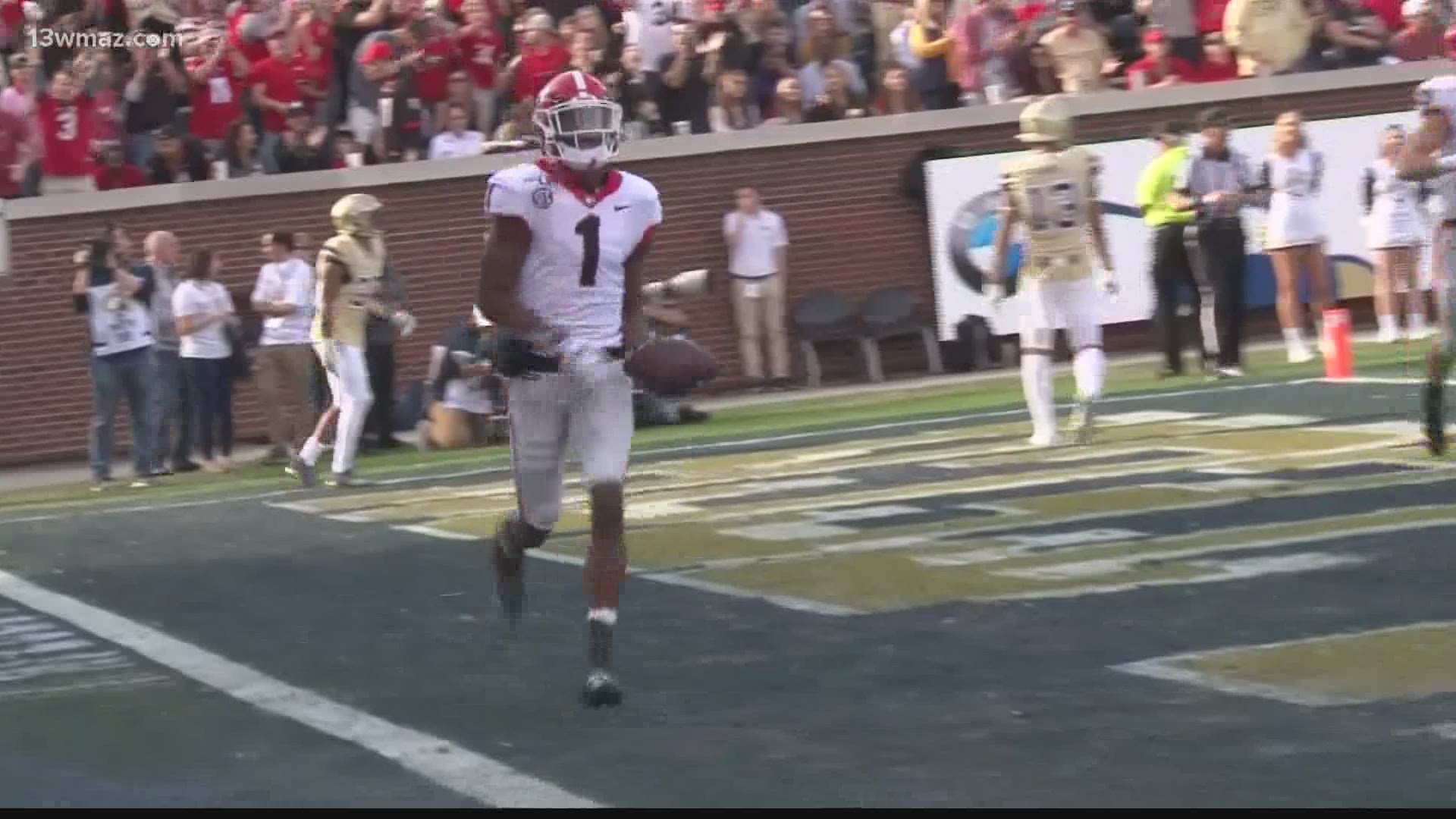 ATHENS, Ga. — One of the University of Georgia’s star football players is off the gridiron after an injury.

George Pickens, a junior wide receiver, injured his right knee in spring football practice on a non-contact play on Tuesday afternoon, and an MRI confirmed an injury to his anterior cruciate ligament (ACL), which will require surgery.

At 6’3", Pickens emerged as a starter during his rookie season earning All SEC Freshman honors after grabbing 49 catches for 727 yards and eight touchdowns.

Pickens was also named to the pre-season watch list for the Fred Biletnikoff Award (nation's top WR) and followed up with 36 receptions for 513 yards and six touchdowns during his sophomore season where he only played in eight games due to injuries.

Pickens has already started his pre-op rehabilitation program under the supervision of the UGAAA sports medicine staff and a full recovery is anticipated.

“The good news is that the MRI showed it to be an isolated injury with no other structures involved,” said UGA head coach Kirby Smart. “George is a hard worker. I know he will bring the same work ethic to rehab that he shows in practice every day.”

UGA's 2021 season starts on Sept. 4 with a game against Clemson.

Central Georgians show off their skills during UGA Pro Day