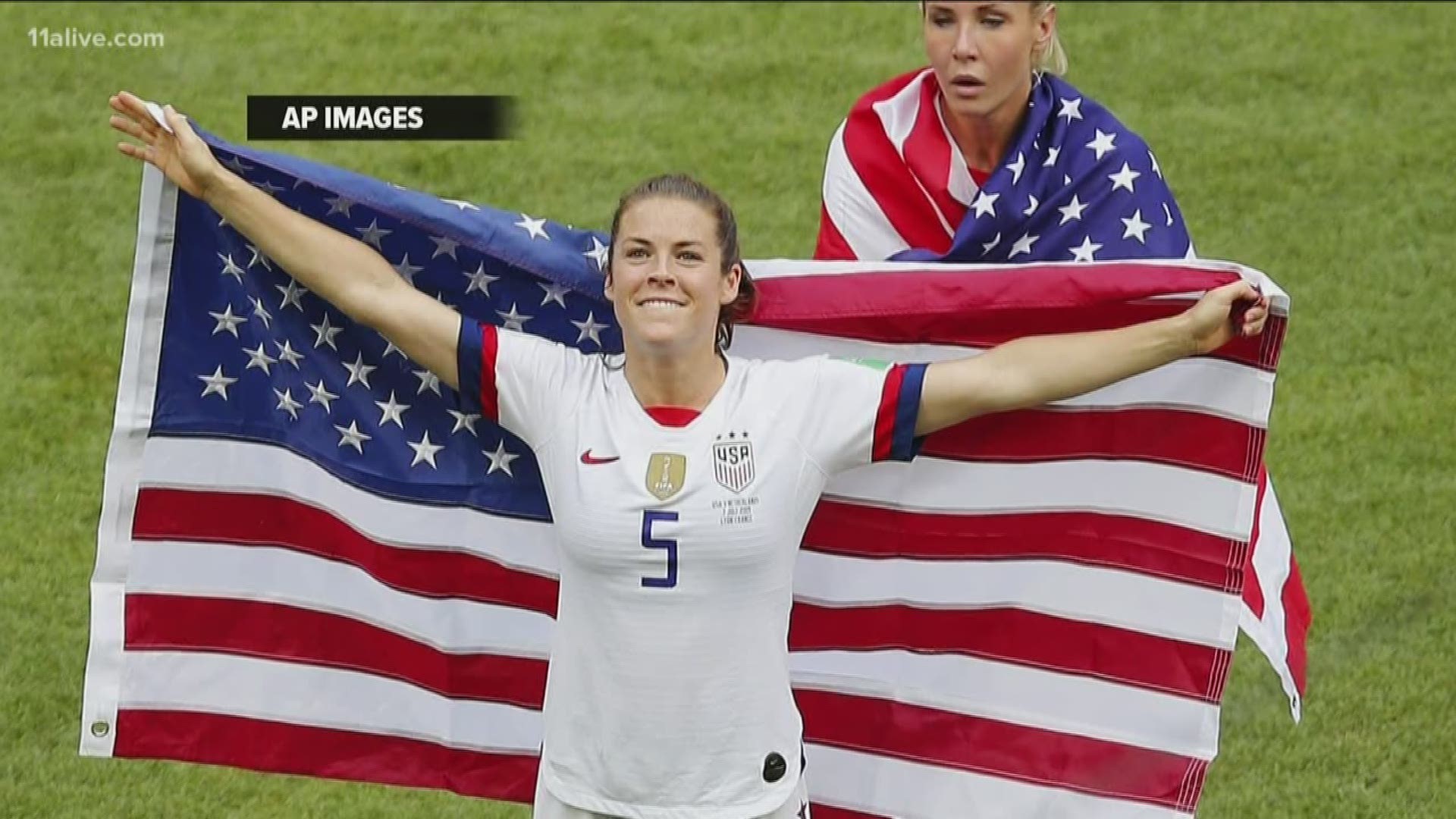 When Carli Lloyd isn't busy winning World Cups, she could consider a side-gig in the NFL.

Lloyd, who scored three goals as the U.S. stormed their way to becoming back-to-back world champions in France earlier this summer, spent a day with the Eagles, where she kicked one field goal from as far out as 55 yards.

According to ESPN, Lloyd was kicking 40-yard field goals with ease.

In a video from the practice, she said it was "awesome to be here" and repeated the team chant: "Fly Eagles Fly."

Lloyd, a New Jersey native, is a lifelong Eagles fan.

The 37-year-old is the seventh-leading scorer in U.S. Women's Soccer history and two-time FIFA World Player of the Year.

She currently plays for Sky Blue FC in New Jersey.

Meet the first 7 US Olympians for the 2020 Tokyo Games