Kids age 5 to 13 are learning the basic fundamentals of the sport while mixing in some fun games in between. 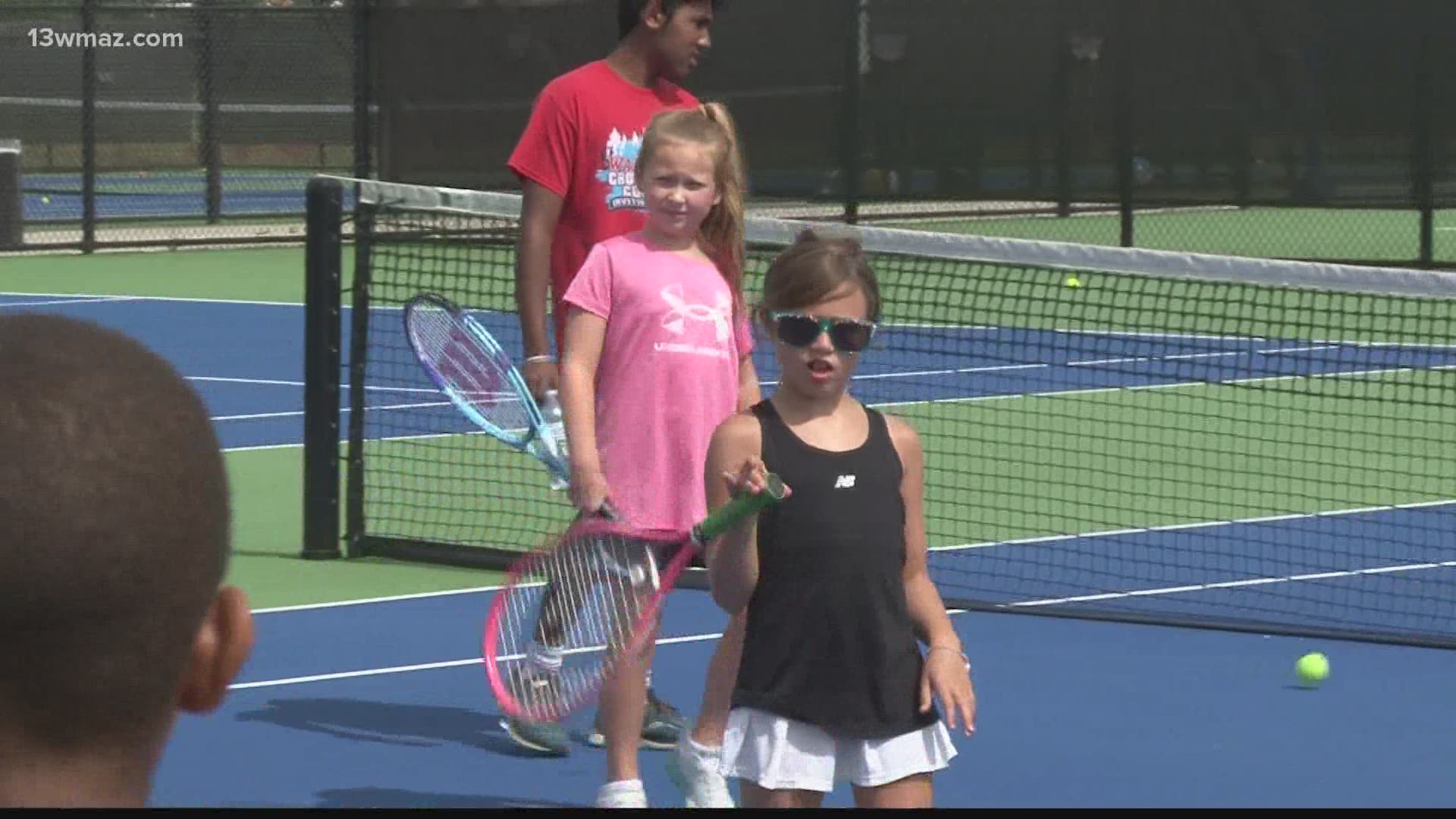 HOUSTON COUNTY, Ga. — The Veterans High School Tennis team is trying to serve up more interest in the sport.

The team is hosting a tennis camp for kids at the Houston County Tennis Complex on Bear Country Boulevard, July 19-23. Kids age five to 13 are learning the basic fundamentals of the sport while mixing in some fun games in between.

Athletes from the tennis team are acting as coaches and camp counselors.
Head tennis coach Chandler Watts is letting his players teach to reinforce their own skills and hoping it leads to more athletes for future squads.

"I wanted to generate that fire in the county. Get some enthusiasm in the younger crowd that are coming up into the high school age soon. And generating that kind of environment for tennis like other sports have," Watts said.

Junior Warhawk Grace Pham is among the camp counselors. She said teaching younger kids the fundamentals of the game has been a humbling experience.

"We have to go back to basics really. We have skills that we have honed over the years, but we have to learn how to do a basic forehand, a basic backhand in order to teach kids. You kind of have to bring yourself down to their level and it kind of humbles and builds your own character," Pham said.

The camp began Monday and runs 8 a.m. to 12 p.m. the rest of the week. Kids can still sign up by visiting https://vhs.hcbe.net/tennis.