'We want to get beyond just a postseason berth': Mercer baseball returns for 2021 season 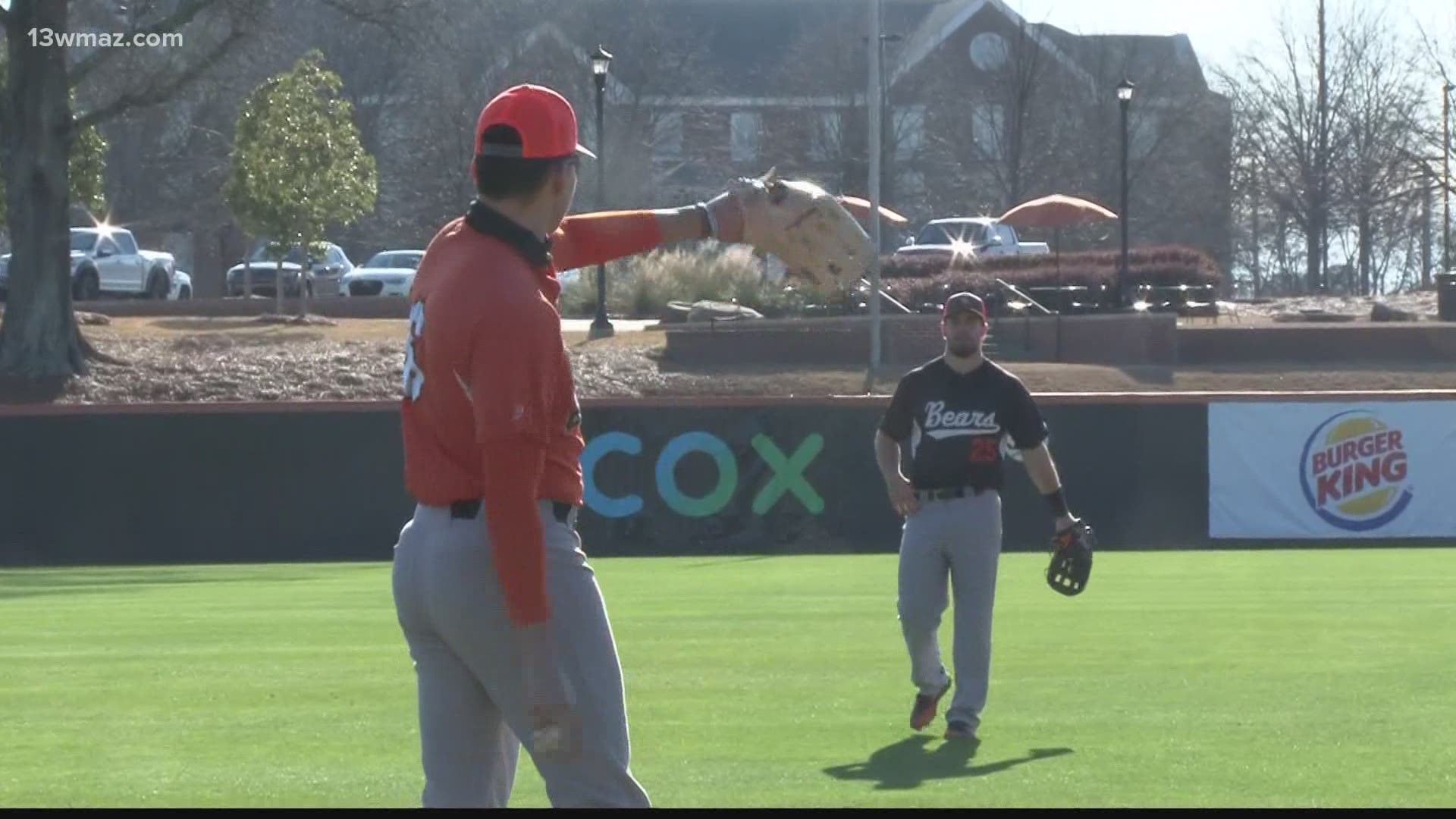 MACON, Ga. — Drag the field, spray it down and prepare for dingers. Mercer Baseball is back.

The team is preparing for a return to OrthoGeorgia Park this weekend. The Bears were hot last season before it was cut short due to the COVID-19 pandemic. Now they say they're ready to make serious noise in the college baseball world.

"It's kind of surreal being our season got canceled last year. It's weird feeling we play in two days. We're ready. We're ready to go," said shortstop RJ Yeager.

The Bears return to finish what they started in 2020. They were 13-3 before the pandemic suspended the college sports world. After a SoCon Championship in 2019, Coach Craig Gibson said the team is motivated to turn heads in 2021.

"I think our program is at a point we're sort of ready to take the next step in this journey. We've won championships. We've been to postseason play. We want to get to super regional play. We want to get beyond just a postseason berth," Gibson said. "Hopefully, this team can do it for us. The mindset is there. The work habits are certainly there."

Gibson returns the vast majority of his roster from last year since the NCAA ruled players wouldn't lose a year of eligibility because of COVID-19. That includes four preseason All-Socon second team members in Yeager, Colby Thomas, Angelo DiSpigna, and Brandon Mitchie. Gibson is also excited about his newcomers including stud freshmen Antonio Brown.

The Bears also added four transfers from division one programs. Ryan Archibald of West Virginia, David Moore of Pittsburgh, Garett Delano of Brown University and Blake Schmitt of Purdue are now all Bears. They're expected to help Mercer's cause for a conference title and beyond.

"We just made them feel welcome from day one. We're us. We're going to play 56 games together. It's going to be us against whoever," Yeager said.

Mercer's season was set to begin Friday before "unforeseen circumstances" canceled their North Alabama series. They are looking for a new opponent for the weekend.

The team also released their stadium COVID-19 protocols for 2021.

Mercer will limit capacity at OrthoGeorgia Park to just 30 percent and require fans to wear masks while they are inside the park.

The Bears are asking fans to do a self-assessment check of symptoms related to COVID-19 including fever, congestion or coughing. Mercer will socially distance spectators and will not allow fans to gather outside of the dugouts postgame as has been the case in years past.