Horne is the #1 heavyweight high school wrestler in the country 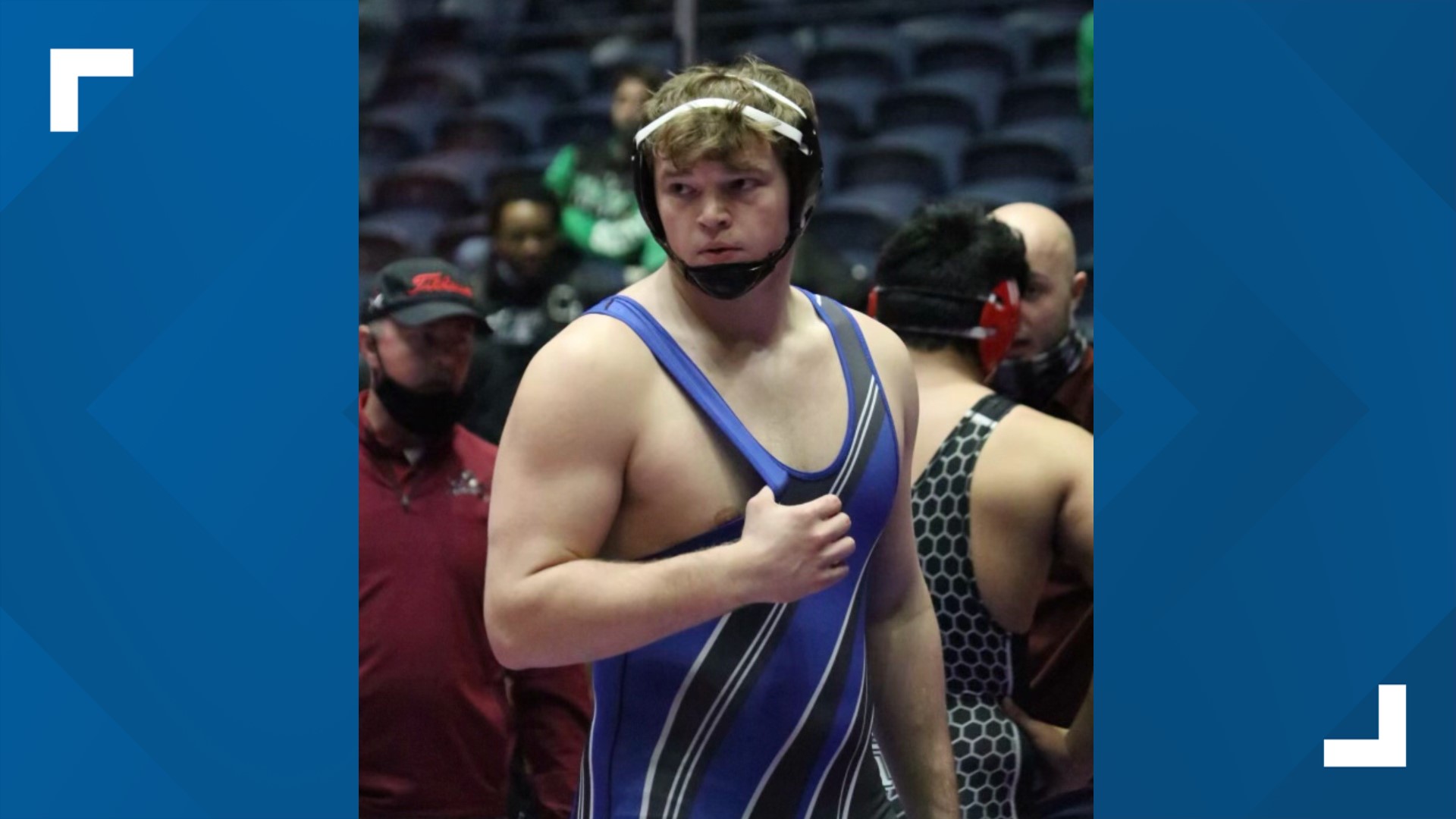 MACON, Ga. — The GHSA traditional state wrestling tournament finished with a number of Central Georgians taking home individual titles, but only one Central Georgian is a three-time champion.

"I think it gets a little bit easier, the nerves and stuff as you go along. That was a big thing. I was pretty nervous my freshman year, but you just keep getting confident in your work effort," Horne said.

The big stage is nothing new for Horne. He's the number one heavyweight high school wrestler in the entire country. A title he earned, lost and then pinned down again.

"I went up there and won that and then a few weeks later I wrestled the number three kid and he happened to beat me. So he was at number one and I was two. Two weeks later, I wrestled him again and beat him," Horne said.

Heavy is the head that wears the number one crown, but Horne said it's best to just focus on the next opponent.

Horne will have one last ride with the West Laurens Raiders his senior year, but after that he'll take his talents to top 10 ranked NC State University and wrestle for the Wolfpack. He said he chose the Wolfpack because of his faith.

"They have a strong Christian environment there. It's more of a southern feel. It's not too far from home, so it felt like the right fit for me," Horne said.

Horne will return to Dexter next year and will look to be the first West Laurens Raider to win four state championship titles. The Raiders finished the season fourth in GHSA AAAA.