'Every game is as important as the next': Westfield Hornets in pursuit of their fifth straight GISA title

They are in pursuit of their fifth straight GISA title in a row. 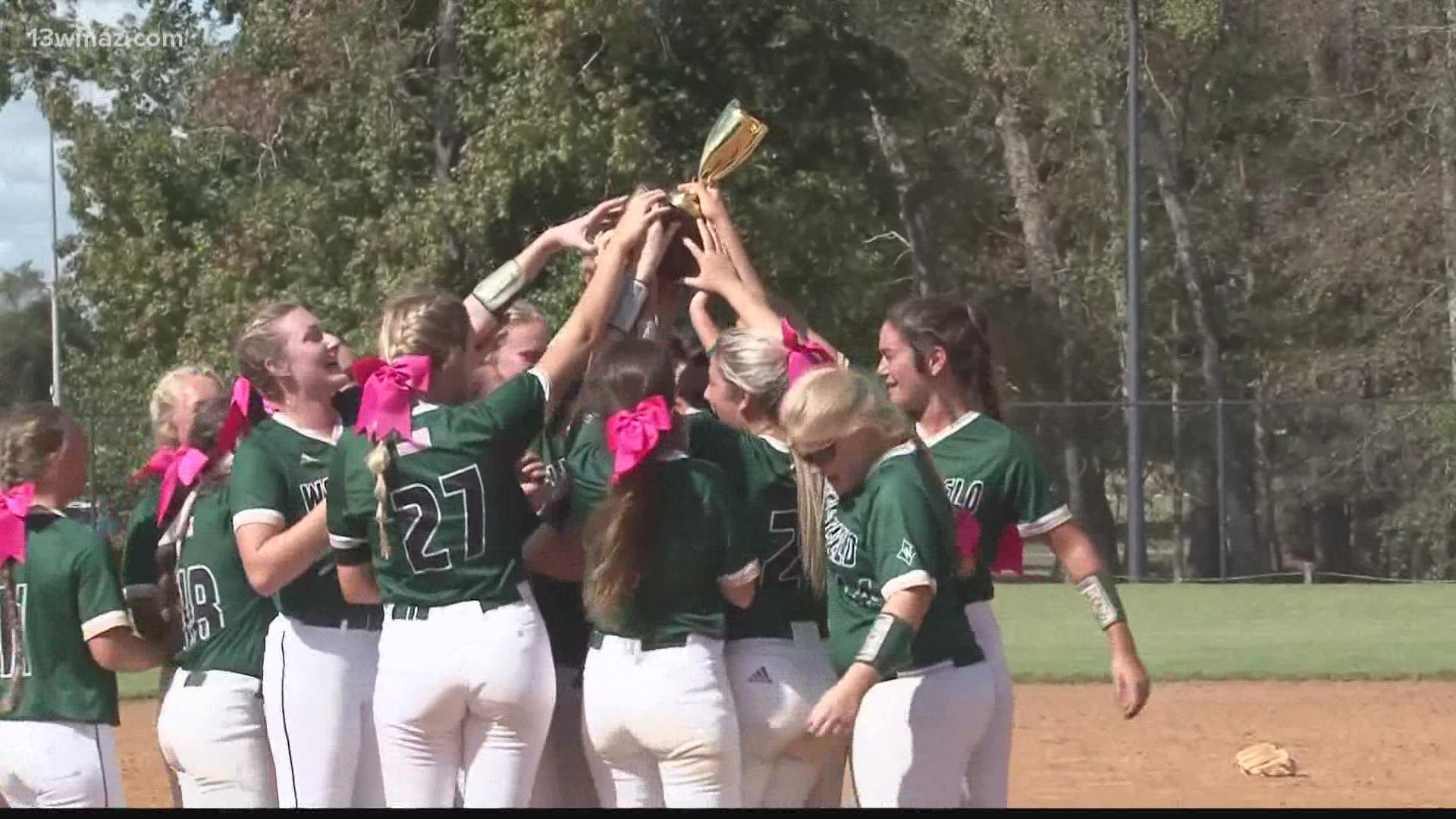 PERRY, Ga. — Rainy weather may have drowned the softball field of Central Georgia but the wet stuff can't stop the fire coming from the Westfield Hornets diamond as they wrapped up the regular season as region champs.

They are in pursuit of their fifth straight GISA title in a row.

The writing is on the wall, count them up: 4 straight region titles and 4 state championship's in a row. The team is poised to make another run as the post season looms near.

Gone is the talented class of Hornets who swept the finals every year at Westfield and former Head Coach Danny Camp who is now the leading the Stratford Eaglettes but not much else has changed.

"We plan to keep it that way. We're definitely going for the five-peat and with the target on our backs. We have to practice hard because anybody can beat you on any given day," Westfield junior Sydney Langdon said.

The new head coach comes to Perry after a recent two year stint on the staff with Georgia Southern. He says this team definitely has what it takes to go the distance.

"They definitely have a good work ethic about them and go about their business. They come ready to practice and everything and I just try to keep the energy and the mood up so they can enjoy themselves here," Van Faussien said.

Only one senior is leading this youth movement to the tune of a 20-1 regular season.

"And we're young too. We have a lot of learning to do and in the future they will be much better than they are now," senior Morena Knowles said.

And the first year head coach, says the green and gold are peaking at the right time.

"Obviously it's the playoffs and you either win or you go home but the process goes back to the summer time workouts and getting ready for the season. So for me nothing should really change because every game is important. You got to get the number one seed so every game is as important as the next. We continue about our business and and everything will take care of itself," Van Faussien said.

So ring the bell.. first up Southland comes to town to face the four time defending state champs.

"If we don't show up to play anything can happen and them wanting to beat us makes us want to be them more," Langdon said.

Cash mob: How you can support 3 Hispanic-owned restaurants in downtown Macon on Thursday