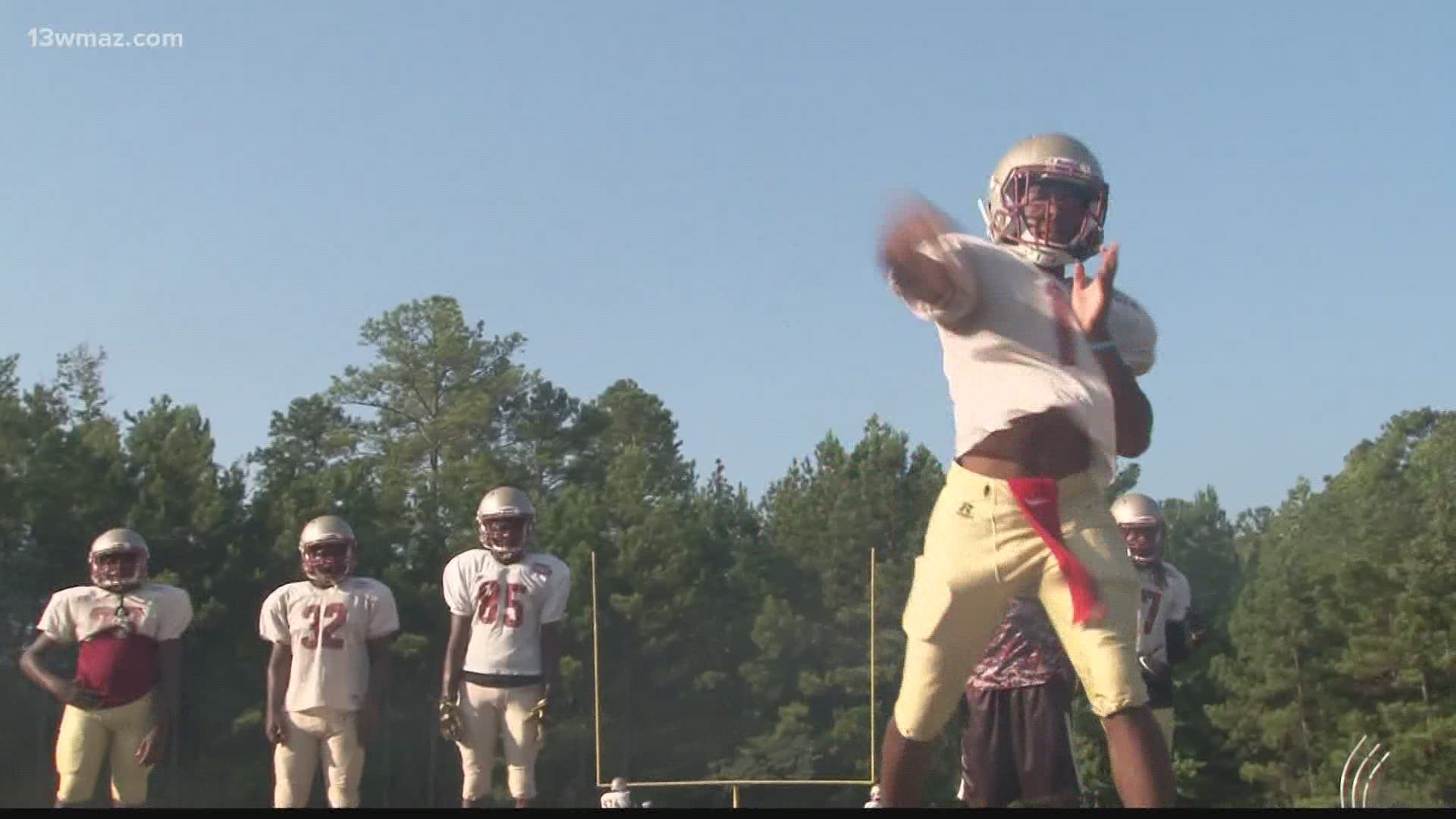 MACON, Ga. — In 2020, there will be no record-breaking receiver in Jaylon Barden and no 2,000 yard passer in Victor Dixon Jr, but ask Westside Head Coach Sheddrick "Spoon" Risper, the Seminoles are in good hands.

"We've done a decent job of making it fun for the kids and fan-friendly to watch. People love to watch teams throw the ball. It's modern day football," Risper said.

The Seminoles return 15 total starters from last year's squad. Many of which are actually on the defensive side of the ball. Spoon will look to seniors like Khalil "Hercules" Johnson and Kennedy Parker to spearhead the defense, who've already proven their leadership.

"There just great leaders. You can't coach leadership. Leadership is something I feel like you're born with," Risper said.

Offensively, there'll be a new quarterback taking snaps. Ja'lon Miller takes over the O as a junior after sitting behind Victor Dixon Jr., who signed with Fort Valley State University.

"He's paid his dues, waited his turn. He realized he was behind a very good quarterback in Victor Dixon. The kids love him. He's a great leader," Risper said of Miller.

"I don't feel any pressure. I know I can step up and be the man. It's gonna be some big shoes to fill, but I'm not pressured by it," Miller said.

Westside will return three of their four receivers from last year and Miller said the extra time off has done nothing but give him time to build chemistry.

"I've really just been trying to stay focused and keep working even off the field sometimes, having other receivers and other players come in and work out behind the scenes. Some stuff that people don't see," Miller said.

Westside may be known for the air raid, but Spoon is quick to remind you that balance is key. Besides last year, the Seminoles have been near even in passing yards to rushing yards and passing touchdowns to rushing touchdowns.

That balance will first be put to the test September 4 against Mary Persons.