The head coach says this is the first time in the team's history they have made it to this level. 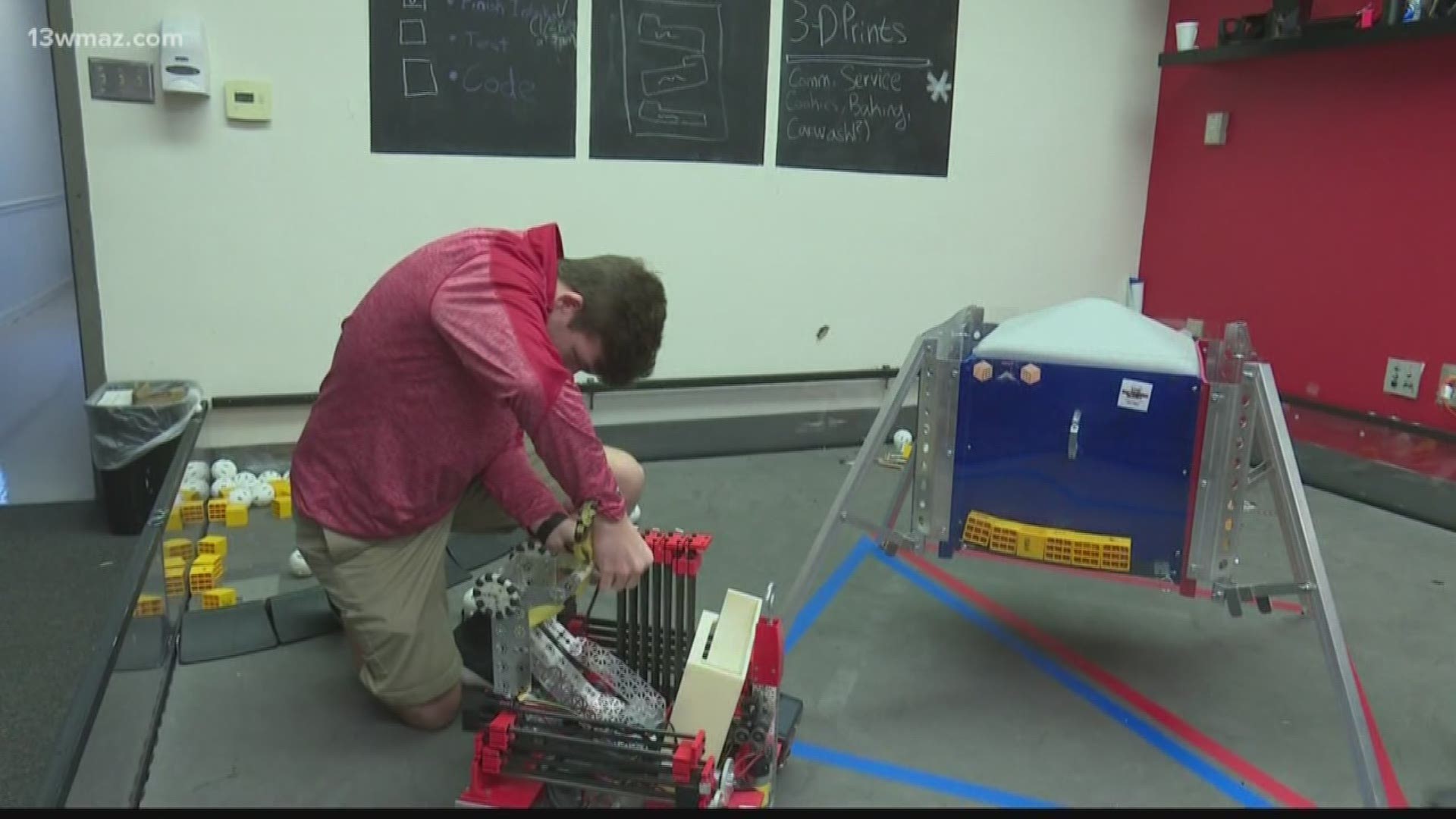 MACON, Ga. — Hobbies are fun, but when they can earn you awards or set you up for a big money career in the future...that could be next level.

At First Presbyterian Day School, a team of about 20 students puts in a lot of extra hours building robots.

For more than a decade, the club has earned spots in local and state competitions, but next month the team is taking off to the national competition in Houston, Texas with three trophies under their belt.

"[We're getting] all of our stuff set up, such as notebooks, this 3-D printer you see here, kind of showcasing all the teams, what our pit area looks like," said student Gary Simmons.

First Presbyterian Day School
Just In!! FPD Robotics is heading to the World Championship in Houston, TX! The team is one of only five teams (out of 150) in Georgia to go to Worlds. They also placed 2nd in the state for the...

Robotics instructor Tami Tesch-Jerles says her students work 12-hour days when they compete to make sure their robot is in tip-top shape.

"You know we have LED lights and banners, and we want to make sure all of that gets down there too, so we have all of this equipment. When we go, we have big packs with all this stuff," said Tesch-Jerles.

Students are judged on their robot's ability to perform tasks, interview sessions, and even how students are educating kids in the community related to science, technology, engineering and mathematics (STEM).

RELATED: Cosmos Coaster launches at the Museum of Aviation

"During the competitions, you do not want to block another robot, you don't want to do anything negative to impede another robot," said team coach Larry Carpenter.

Despite all the work, students like Nathan Smith say a passion for robots makes things easy.

Right now, the students are making sure everything is ready before the team heads to the main event in late April.

Beyond the 2nd place Inspire Award, other awards the team won were 1st for the Control Award, 2nd for the Connect Award and 3rd for the Innovate Award.