People are taking their favorite photos and turning them into cartoons with the Voilà AI Artist app. The app has been rated over 30,000 times, but is it safe to use? 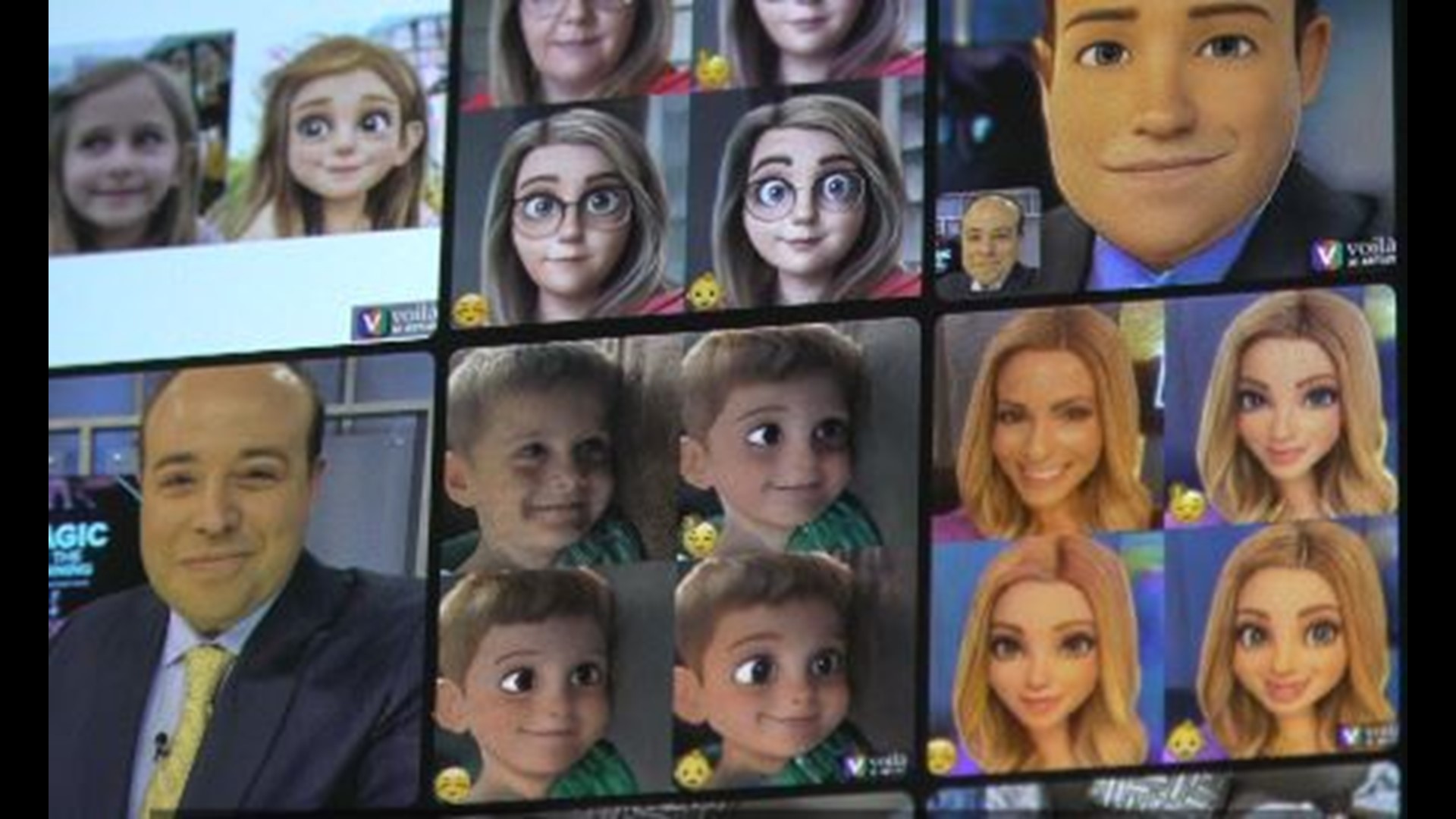 PENNSYLVANIA, USA — The Voila Al Artist app has been downloaded and rated over 30,000 times on on Google Play.

The new mobile app, that is available both on iOS and Android, has taken the internet by storm. Voila takes selfies and portraits and turns them into quick 2D and 3D cartoons, caricatures, and paintings using artificial intelligence (AI) technology.

"I got on, and I was doing everybody in my family just to see what they would look like," said Erika Garcia of York County. "I did it for my nephew, mother, sister, and probably would have ended up doing the whole entire family if if my mother didn't scold me and tell me to go to bed."

Of course, there are some advertisements to sit through, though, people can pay for a subscription to get away from those.

Dr. Frantz says it's wise to take a second and consider where those photos could go before uploading.

"We do this all the time with Facebook, everything you put on Facebook is the property of Facebook, I don't want to be an alarmist, but anything on the internet is fair game. If you put a photo of a baby, who knows where the photo can go," said the professor.

In the case of Voila, the app can use images you upload in marketing and advertising campaigns without telling you or paying you for it, and it can track your activity even when you're not using the app. Though, users can deny permission.

"Just do the research, these license agreements, they're very difficult, and they're very long and in the fine print, and most people will accept the license agreement," cautioned Professor Bruce Young, who also works for Harrisburg University. "Use the technology to see if there are any issues from a licensing perspective, and what are your privacy rights."

For people who use facial recognition to access online bank accounts or to unlock their cellphone, experts warn it's best to be cautious before releasing photos.

They say it's an encouraging sign that the app has a monetization system as that could prevent commercial interest.

"It's just like with Facebook, Instagram, Snapchat, but if I start seeing my face on some movies, I may have to start requesting some money," laughed Garcia.