The sex offender registry is public record, as are arrest records in many counties -- including Mecklenburg. 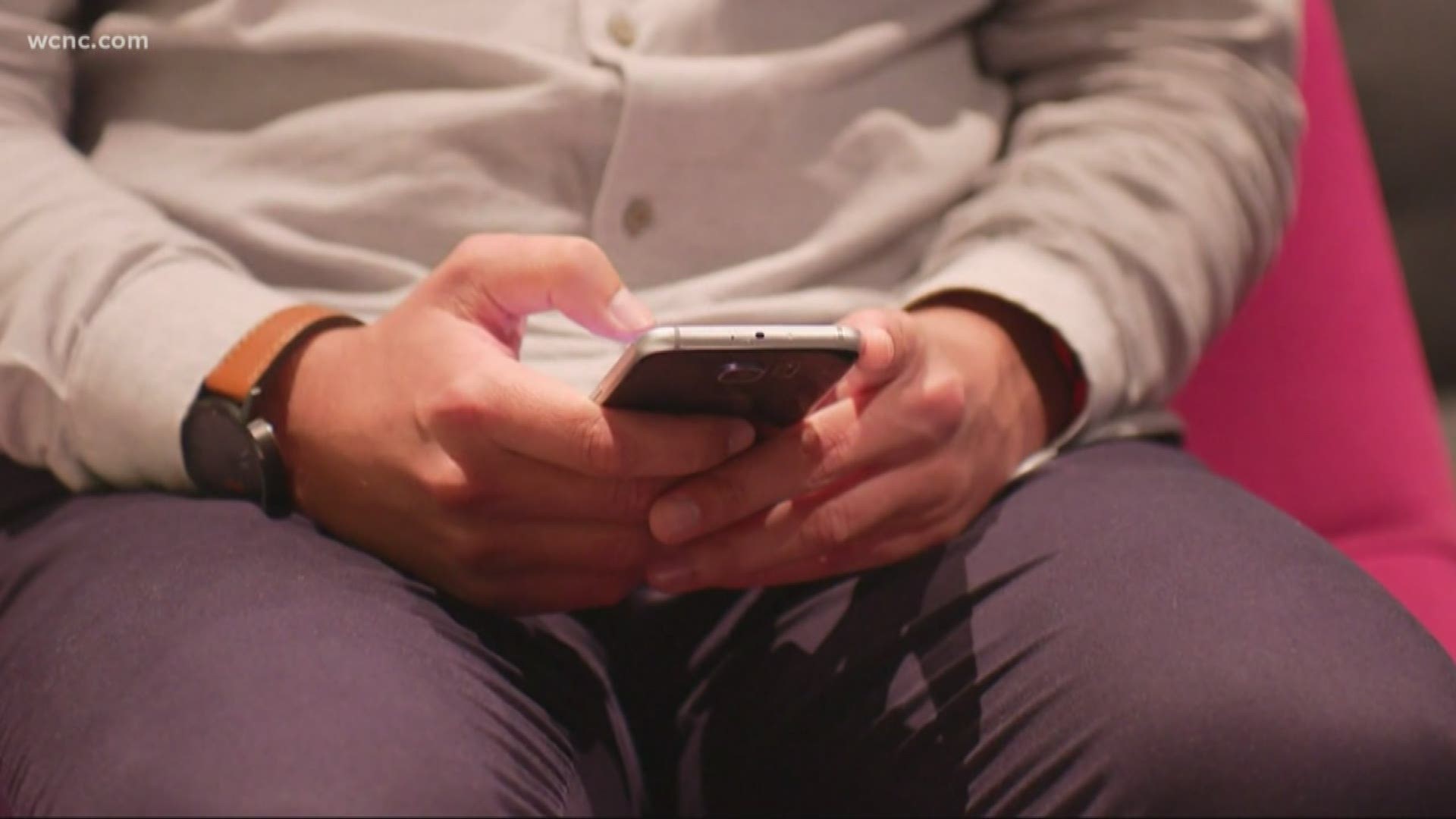 CHARLOTTE, N.C. — Dating apps are extremely popular among people looking for love, but now many of those services – including bumble, tinder, match, and OkCupid -- are under national investigation.

The WCNC Defenders put it to the test and found there are sex offenders and violent offenders using these apps in our area. The Charlotte Mecklenburg Police Department is now issuing its own warning.

We scrolled through several online dating services and plugged in names to a national background check system.

In less than an hour, a dozen already came back as sex offenders or with violent crime convictions – including rape, assault, and domestic violence.

We brought our findings to CMPD’s Jonathan Frisk.

Credit: Leon Neal/Getty Images
The 'Tinder' app logo is seen amongst other dating apps on a mobile phone screen on November 24, 2016 in London, England.

“They cannot really guarantee that any background check that they run is going to be foolproof," Berzack said. "In which case they really have to sort of get themselves out of the liability.”

That means the burden falls on users.

RELATED: Apps disguised as games are stealing your information

RELATED: 15 apps parents should look out for on their kids' phones

RELATED: Digital Detox: I went without my phone for a weekend. Would you do it?

The sex offender registry is public record, as are arrest records in many counties -- including Mecklenburg.

“You need to do your due diligence and do your own research,” Officer Frisk said.

Many paid dating services like Laurie’s do background checks for you.

“Have you ever run into something that came back as concerning?” Levins asked Berzack.

In a statement saying in part…

“Protection from sexual predators should not be a luxury confined to paying customers.”

In wake of all this, Match Group says they believe the sex offender registry should be updated to better track perpetrators’ digital footprints.

The other dating service groups have not yet issued a response or comment.

More from The Defenders:

RELATED: 'The gig is up' | Erin Brockovich to investigate cancer clusters in Huntersville, Mooresville

RELATED: CMS schools required to track number of drills, but not actual lockdowns