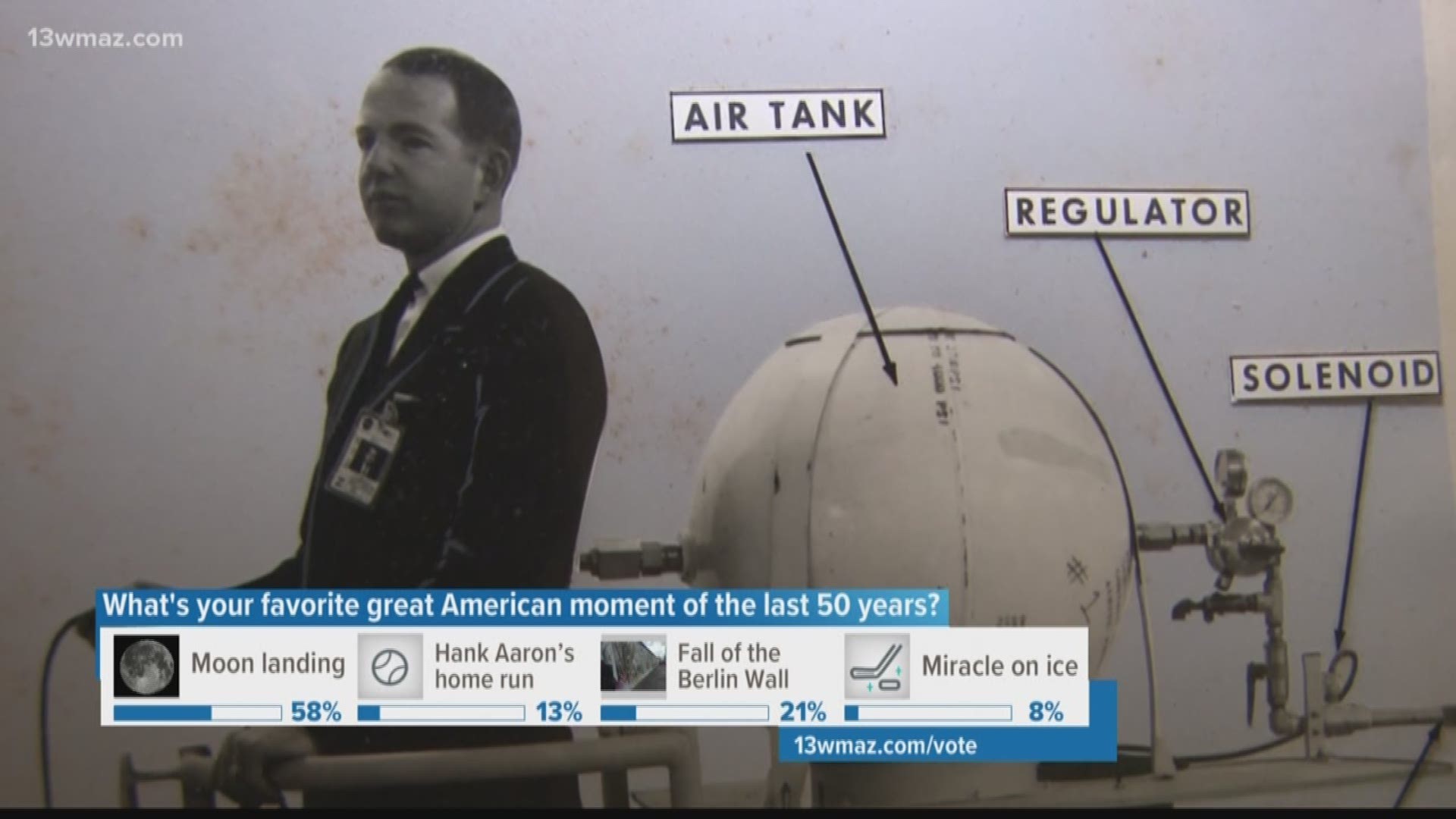 MACON, Ga. — Martha Tisdale hangs all of the certificates her late husband Jerome Tisdale received after working with NASA in the 1960s.

"This is our family wall and this is the award of achievement for Marshall Space Flight Center. This is open house Marshall Space Day 1966, and that was before I met him," she said.

The two met in Huntsville, Alabama in 1968 while he was working at Redstone Arsenal, which is part of America's civilian rocket program.

Jerome Tisdale worked for a NASA subcontractor during the Apollo 8 mission.

"He did technical writing, he tested the space suit in the neutral buoyancy tank," Martha Tisdale said.

She was an art teacher and was introduced to him by a friend shortly after he finished helping man's first flight to the moon.

They were married less than a year later.

"July 5th, the day after Independence Day, he lost his independence," she said.

Right before he went back to help with man's first steps on the moon, "He was working Apollo 11 -- I think he was running cameras or something, he didn't really tell me much, but it was on Redstone Arsenal -- and I was at home watching TV as they stepped off in the dust and the flag, and the footsteps and the famous sayings and all that," she said.

She looks back on the memories now, sharing her husband's contribution to American history.

"Only the people that knew him knew what he had achieved. He didn't go out and tell everybody, and that's why I wanted to show this," she said.

Martha and Jerome Tisdale moved to Macon in 1971. They were married for 29 years before he passed away from a kidney disease in 1998.

RELATED: Apollo 11 moon landing remains one of the most watched TV moments