Sometimes shark-related surprises can be a good thing! 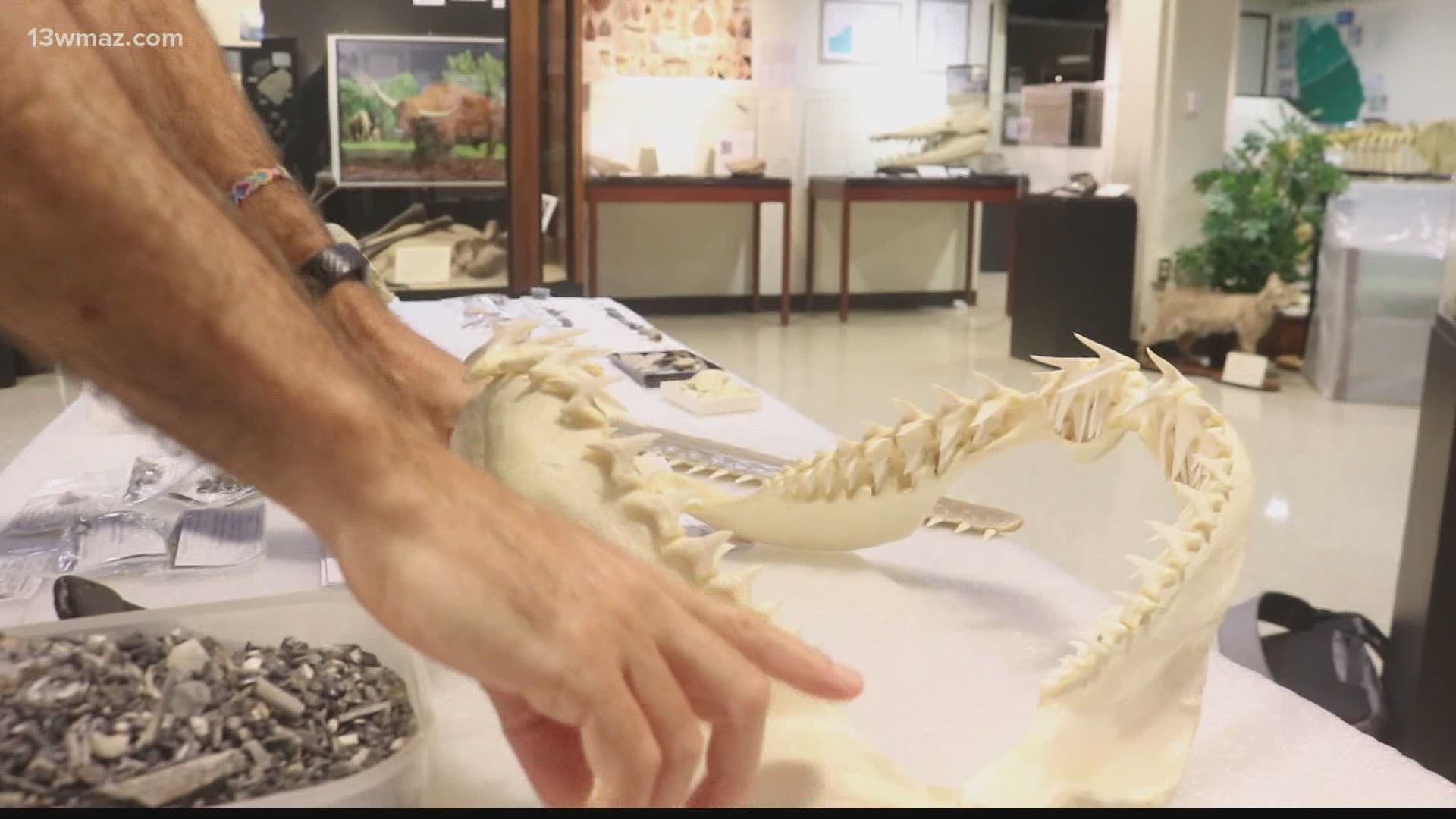 MILLEDGEVILLE, Ga. — Most people wouldn't consider a surprise shark encounter to be a good thing.

However, if you're a paleontologist and the shark is 35 million years old, it's another case entirely.

After exploring the kaolin mines of Wilkinson County for over 17 years, Dr. Dennis Parmley helped to discover a previously unknown species of prehistoric shark.

Now the species, Mennerotodus parmleyi, has been named after the paleontologist and retired Georgia College professor.

"It was very humbling and it's exciting. It was pretty neat," says Parmley. "When all the hoopla dies down, the Parmleyi will still be here."

The shark species is closely related to the modern day Sand Tiger Shark and could have ranged from 10 to 14 feet long.

The sharks teeth were discovered in Gordon in the early 2000s.

On closer inspection by shark fossil expert, David Cicimurri, the teeth were found to be a part of an entirely new shark species.

Parmley says that finding a new species and having one named after you are both equally rare experiences.

According to Parmley, Central Georgia kaolin mines are a hot spot for finding fossils.

In addition to a wide variety of shark bones, Parmley and fellow paleontologists have found the remains of whales, snakes, rays and more.

"You cannot go out there without finding fossils," says Parmley. "Over the years, we've amassed a huge collection... Gordon 34 million years ago was oceanfront property."

"40 minutes away from Milledgeville, there was an ocean at one time," says Parmley.

Even though he has retired from Georgia College, Parmley is still committed to his work in paleontology and finding fossils across the country.