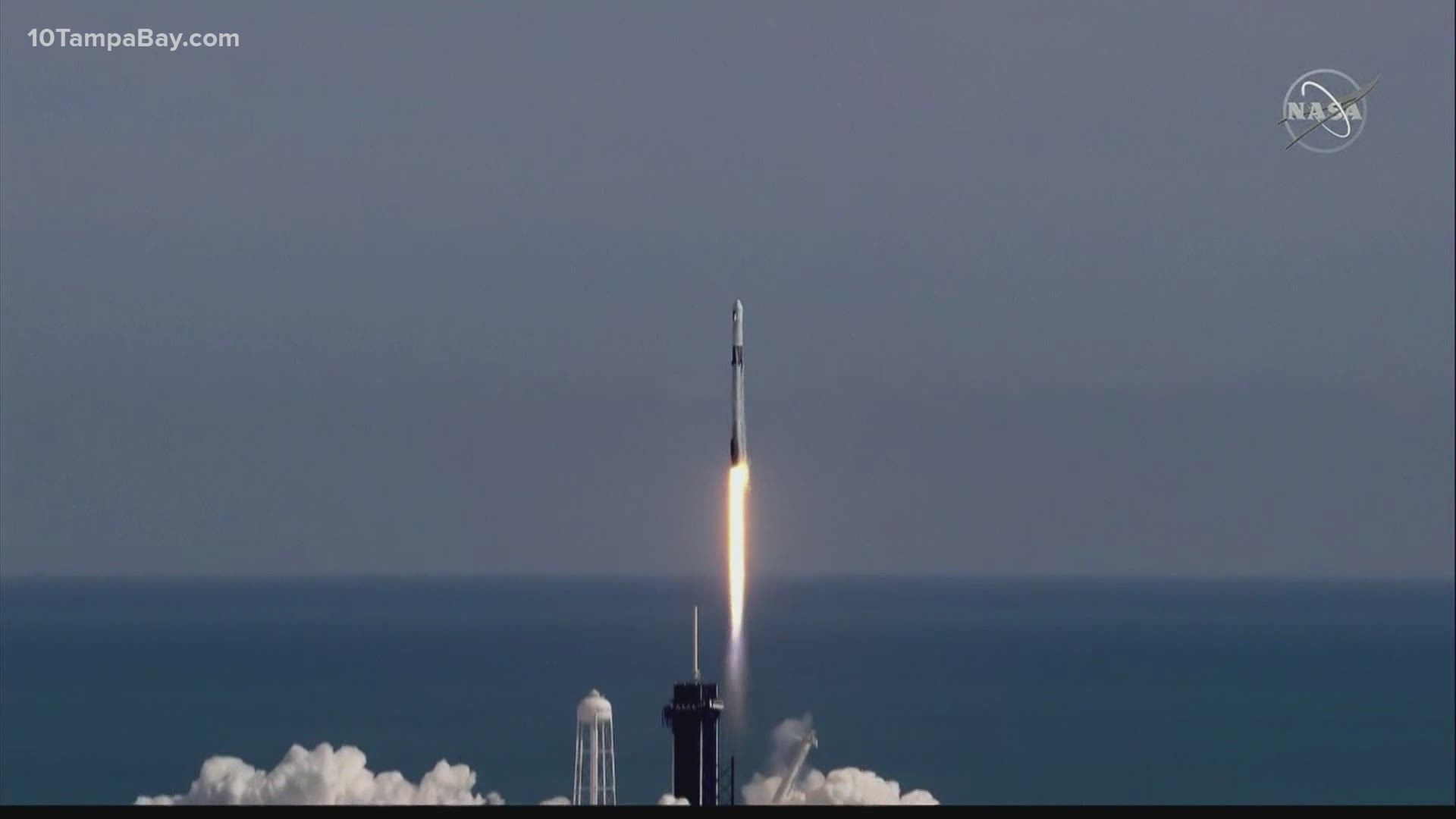 The company sent up its Falcon 9 rocket Sunday morning from Kennedy Space Center's Launch Complex 39A, carrying with it material to be used as part of research missions for astronauts onboard the International Space Station.

It will take some time to get to the ISS; SpaceX says autonomous docking of the Cargo Dragon 2 is scheduled for 1:30 p.m. Monday.

The previous story is below.

More than 6,400 pounds of material to support dozens of science and research investigations for NASA are headed for the International Space Station this weekend.

The nearly routine mission will be carried out by SpaceX, marking the 21st commercial resupply mission. SpaceX now is targeting 11:17 a.m. Sunday, Dec. 6, for the launch because of bad weather in the recovery area on Saturday.

Weather conditions are 60-percent "go" for launch, with clouds being a concern.

Launch Update 🚀 @NASA and @SpaceX are now targeting Sunday, Dec. 6 at 11:17 a.m. ET for the 21st Commercial Resupply Services mission to the @Space_Station.

Sunday's cargo will be packed into the upgraded Dragon spacecraft and launched from the Kennedy Space Center's Launch Complex 39A to the ISS atop the Falcon 9 rocket.

Cargo Dragon 2 is the newly revamped version of the initial spacecraft. Additions to the spacecraft allow it to stay at the space station for 75 days and carry double the amount of powered cargo as before.

NASA and SpaceX earlier targeted a Saturday launch, but weather promoted the scrub.

“We’re excited to get on with it; we’ll see how things play out over the next couple of days, but hopefully by the middle of the week, we’ll have a Dragon on the way, if not already attached (to station)," said Kenny Todd, deputy program manager of NASA’s International Space Station Program Office.

The delay in launch means SpaceX missed out on continuing a Dec. 5 launch record of sending a commercial NASA resupply mission into space for the third year in a row.

❓ Fun fact: If the weather holds on Saturday, this will be the third year in a row that @SpaceX launches a commercial NASA resupply mission on 12/5!

The latest payload will include critical materials in support of research aboard the orbiting laboratory, the first commercially funded space station airlock and asteroids, according to NASA.

Research items will help astronauts monitor the effects of microgravity on your brain, counting white blood cells in space and examining the changes in hearts using tissue chips.

It will also have the ability to deploy free-flying payloads and help toss trash from the space station.

🤔 Wondering what’s flying on board the upgraded Cargo Dragon? ⁰⁰Take a behind-the-scenes look at how some of our researchers have been working across the nation to get their science ready for tomorrow’s mission: pic.twitter.com/UP6Hrckbmb

Once it arrives, the Dragon spacecraft will spend about one month attached to the ISS before returning to Earth with research and return cargo. Splashdown is set in the Atlantic Ocean.

You can catch NASA's live coverage starting at 10:45 a.m. or tune into 10 Tampa Bay where we will be streaming the launch live on Facebook, YouTube and Twitter.