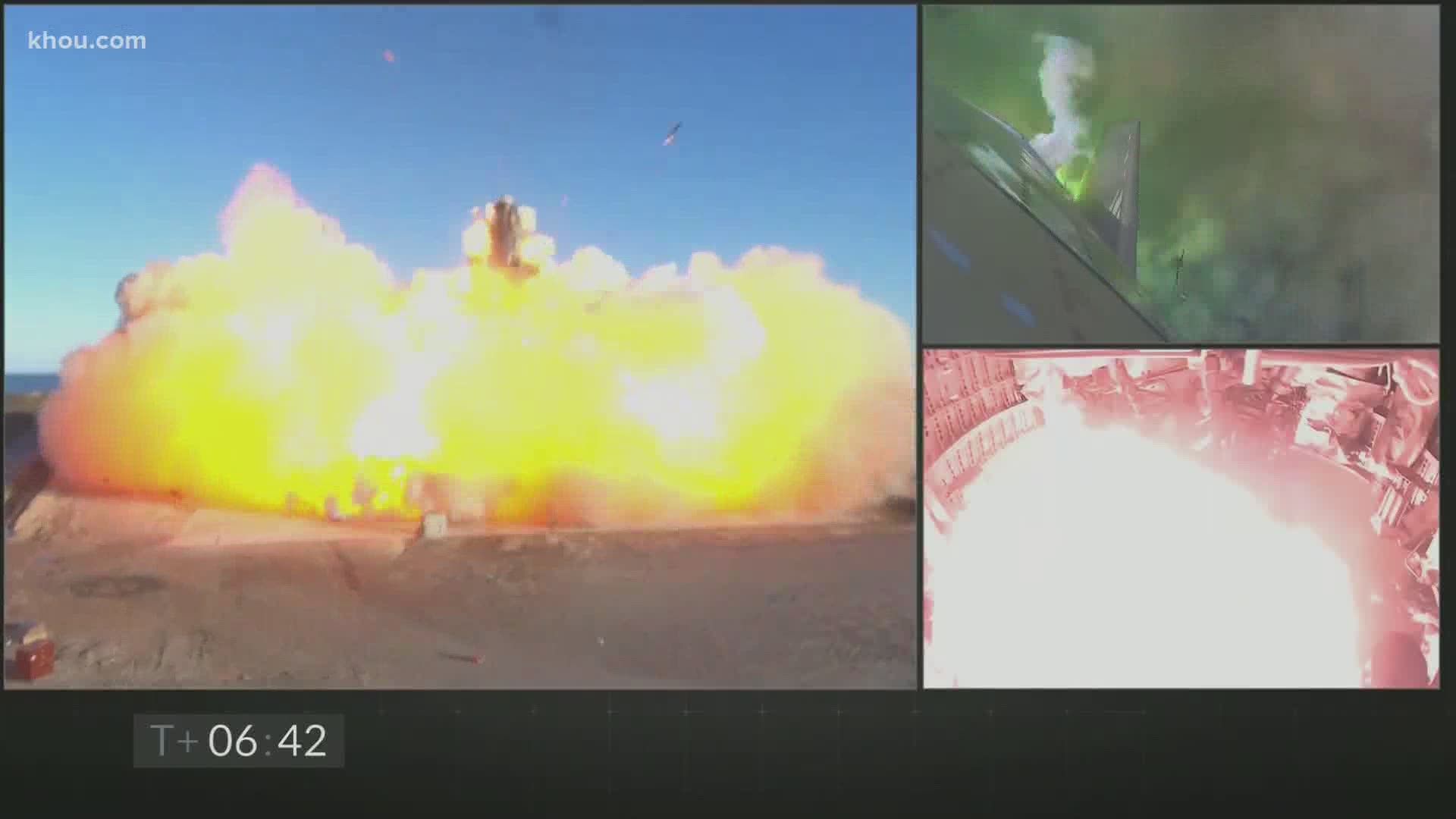 BROWNSVILLE, Texas — SpaceX's test flight of the Starship ended in flames on Wednesday afternoon in South Texas. But that might not mean it was not a successful flight.

The test was originally set for Tuesday but actually took place Wednesday.

This is how the SpaceX test flight ended:

SpaceX's Starship soared several miles into the air before the 6 1/2-minute test flight ended in an explosive fireball at touchdown.

It was the highest and most elaborate test yet for the rocket ship that Elon Musk says could carry people to Mars in as little as six years.

SpaceX was aiming for an altitude of eight miles. This full-scale, stainless steel prototype soared out over the Gulf of Mexico, then flipped sideways as planned and dropped back to the southeastern tip of Texas near the Mexican border. It burst apart at the very end, as it attempted to land upright.

About the landing, Musk tweeted, "Fuel header tank pressure was low during landing burn, causing touchdown velocity to be high & RUD, but we got all the data we needed! Congrats SpaceX team hell yeah!"