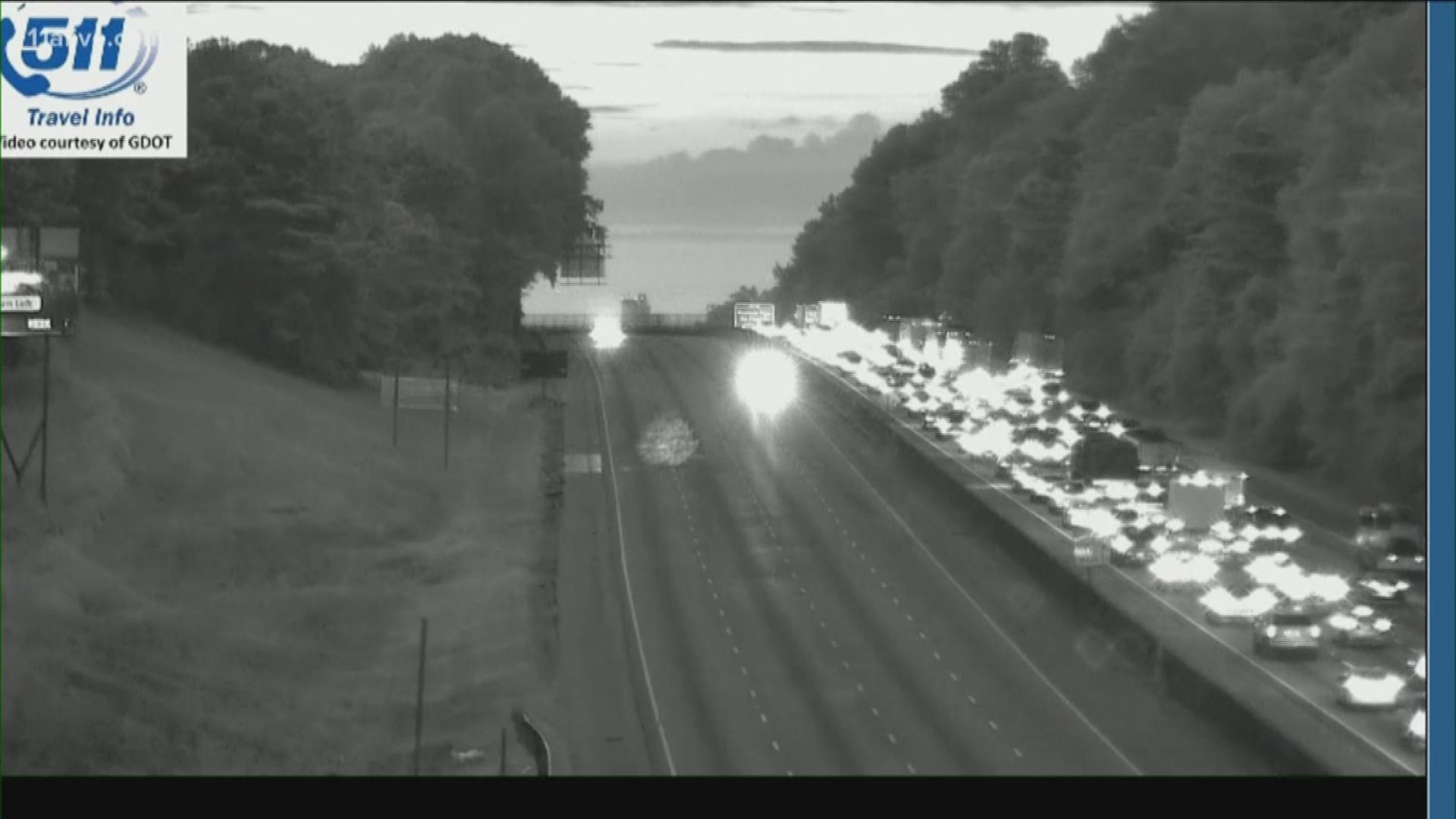 COBB COUNTY, Ga. — Cobb County Police confirmed Monday morning that a fatality caused I-20 westbound to be closed at Thornton Rd. for hours.

Police said a man rear-ended a tractor trailer and pulled into the left emergency lane. He then tried to cross the motorway and was struck and killed.

Police said he was hit by an unknown vehicle "and then several additional vehicles" and was pronounced deceased at the scene.

The driver of the tractor trailer was not hurt. Police said he had come back to the scene.

Cobb County Police said they would release the deceased man's identity after the county medical examiner's office could confirm it.

The wreck occurred just before 2:30 a.m. and continued to block the motorway for until nearly 7 a.m.

It started off as a burglary call. Now, SWAT is involved.

Back to school dates for metro Atlanta and surrounding counties