'That was frustrating:' GDOT installs two day closure on Georgia 247 Spur after train derailment in Perry

The train was carrying chemicals and car parts from Macon to Jacksonville.

The detour will take traffic down Saddle Creek Road. 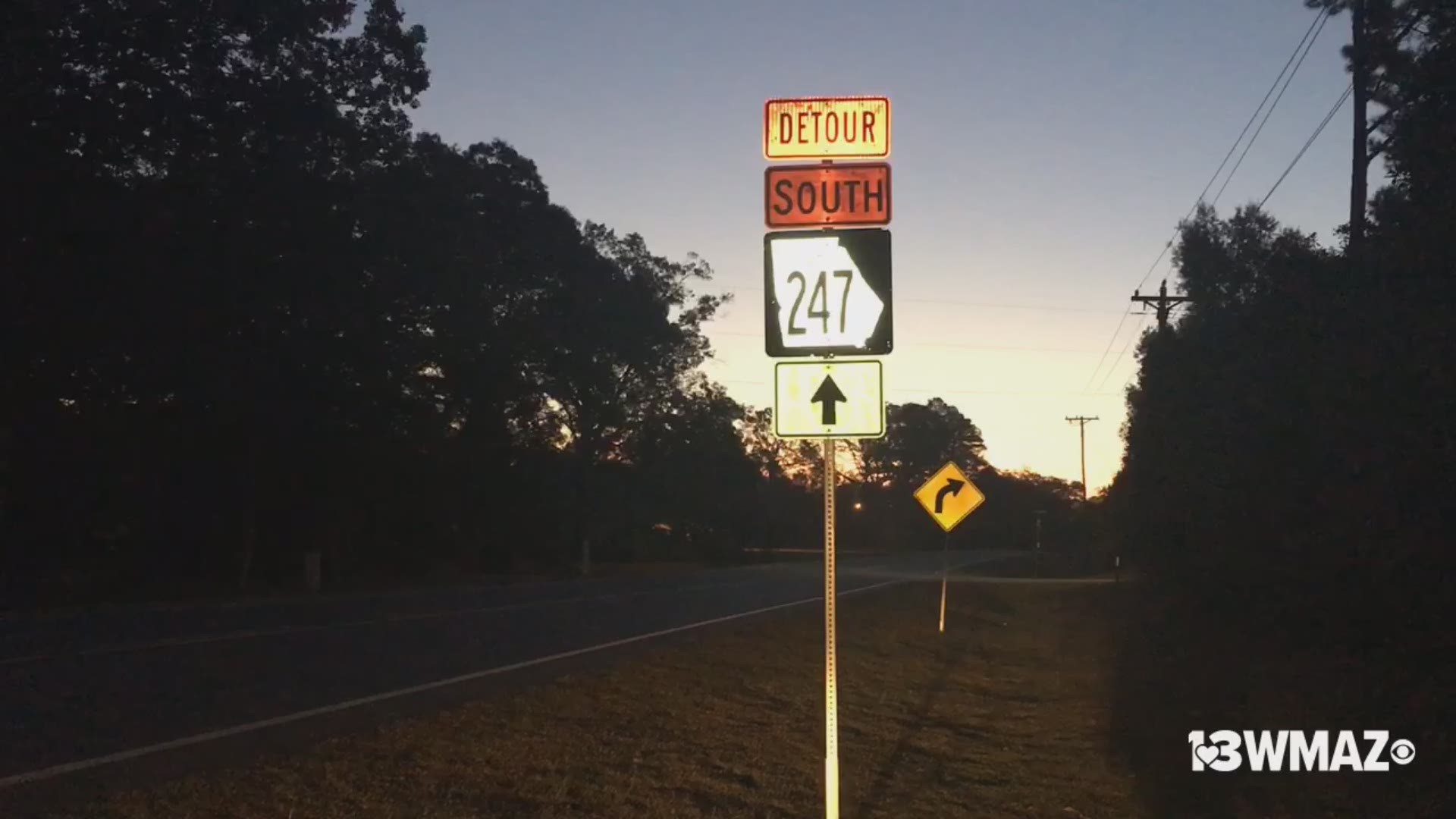 A part of Georgia 247 will remain closed for a couple days after a train derailment in Perry.

A Norfolk Southern train carrying chemicals and car parts derailed on Wednesday and cleanup is underway.

The Georgia Department of Transportation says they plan to repair the tracks until Friday evening.

Norfolk Southern Spokesperson Rachel McDonnell says the train was headed from Macon to Jacksonville when about 34 train cars derailed near the Georgia 247 Spur. No injuries were reported.

He says the plant temporarily kept employees inside while a gas company isolated the valves to that line.

A Norfolk Southern derailment team was onsite to help with cleanup.

"With that big of a line at that pressure, it may take anywhere from two to three hours for the residual gas and the pressure to dissipate," Stoner said.

Perdue Farms employee Scottie Hill says he had to wait two hours before he could get to work.

Houston County Emergency Management Agency
As most of you are already aware Norfolk Southern had a train derail this afternoon near State Route 247 and 247 Spur. A temporary isolation zone was established due to a high pressure Natural Gas...

"Yes that was frustrating. You going to work and you got this here all going. That's why I leave to go to work early everyday," Hill said.

Dylan Webb was one of many who had to find a different route.

"I have a contract with J.B. Hunt and we have a few drivers on the road right now that are basically stuck," Webb said.

13WMAZ reached out to McDonnell to find out if any chemicals carried on the derailed train posed any risk. We have not gotten a response yet.

Fire Chief Stoner says no hazmat train cars were involved in the incident and the only major hazard was the natural gas main, which was later fixed.

All of the roads are now open except the Georgia 247 Spur.