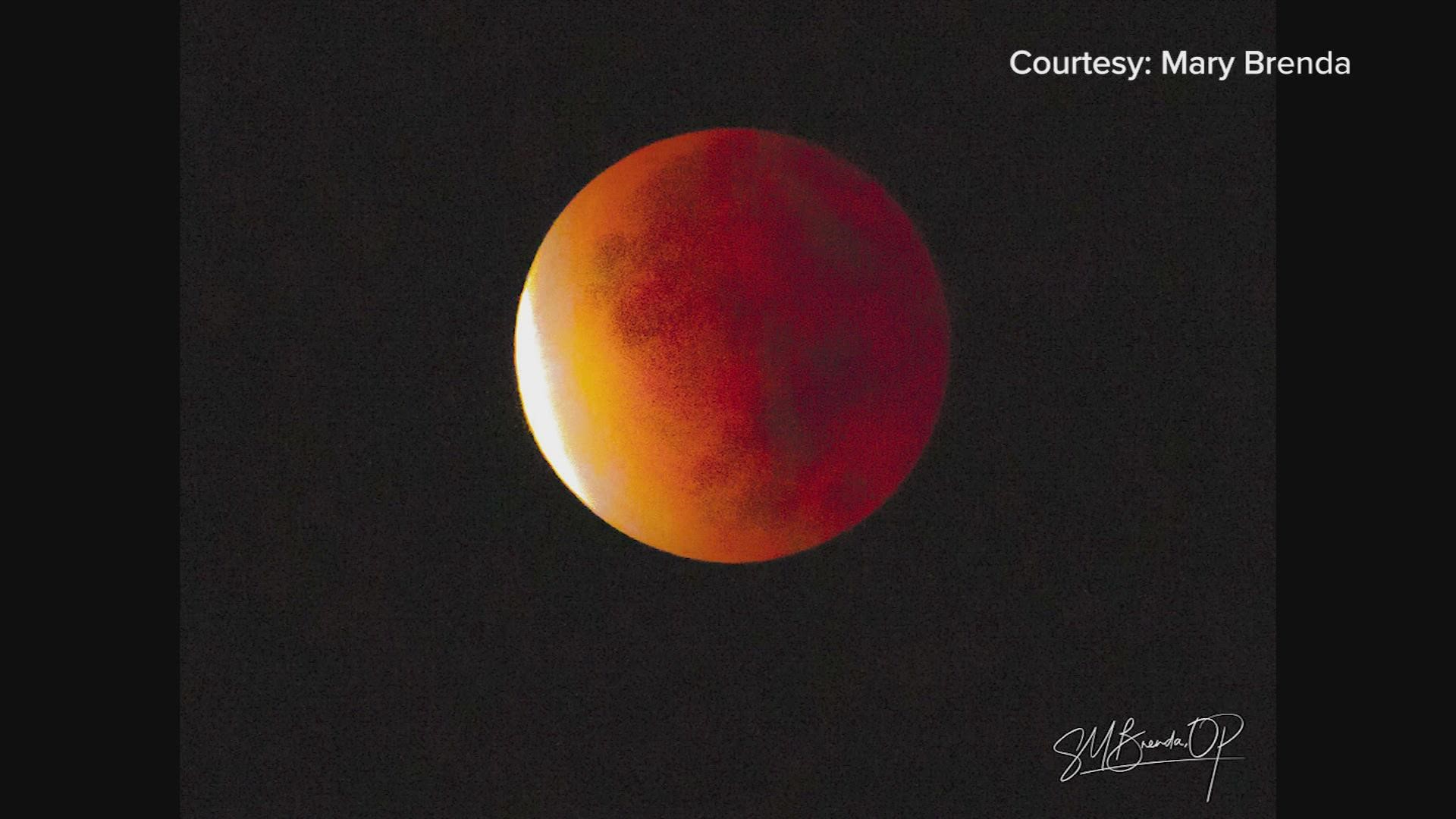 MACON, Ga. — You may not have caught last night's lunar eclipse because it happened way past most of our bedtimes, but here's the recap!

Thank you to Chris Caviness for sending in this beautiful shot of the Beaver Blood Moon this morning. This lunar eclipse was significant because it was the longest lasting eclipse in about 580 years.

The eclipse started just after 2 am. Here in Central Georgia, the peak of the eclipse happened right about 4 am. The moon left the Earth's shadow and the eclipse ended a little bit after 5:45.

To get lunar eclipses like this one, the Moon has in to be in its full phase, meaning that it is passing behind the Earth.

Don't worry if you didn't get a chance to see this lunar eclipse because lunar eclipses are not rare. One happens at least twice a year somewhere on Earth.

The next lunar eclipse comes around May 2022. 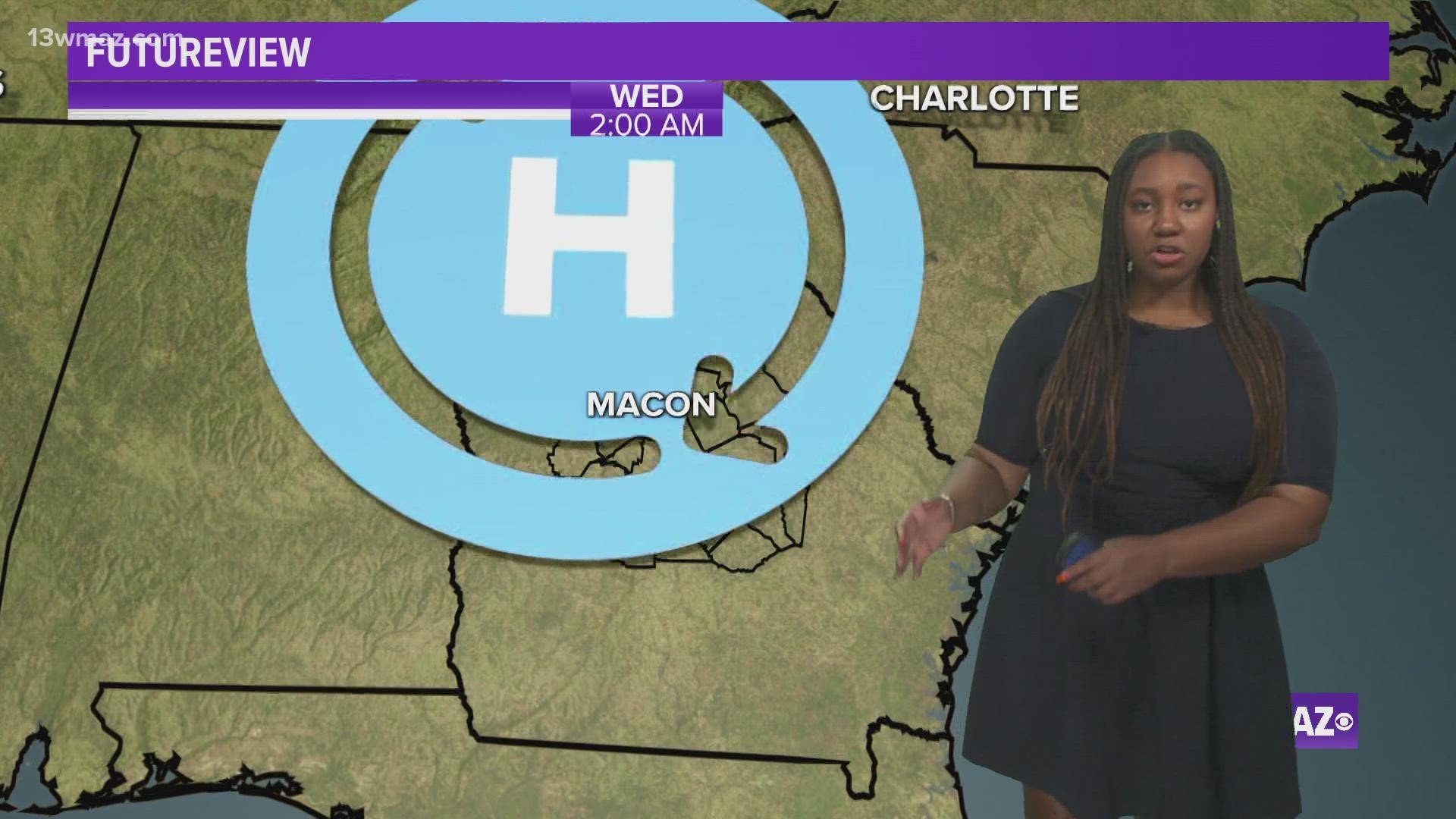