Despite uncertainty, the weather continues to drive farmers' planting decisions 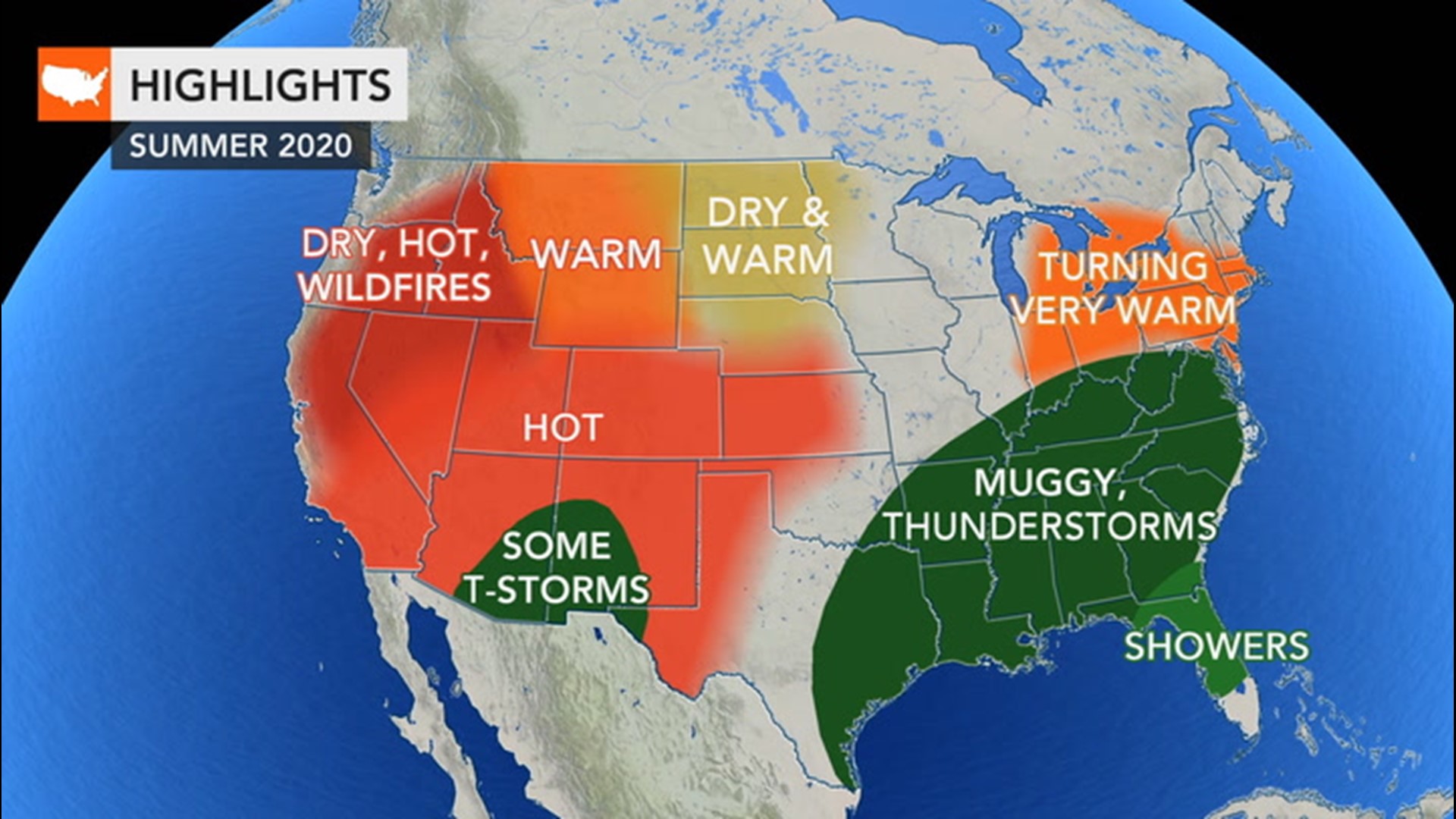 United States farmers don't fool around when opportunity presents itself. Low corn prices and a flagging U.S. ethanol production market (see chart) may indicate there may be better options than planting corn, but as President Dwight D. Eisenhower famously said, "Farming looks mighty easy when your plow is a pencil and you're a thousand miles from the corn field."

The weather gave farmers a chance to plant corn and they went all-in, according to the latest data from the U.S. Department of Agriculture (USDA). Corn planted is at an average of 67 percent in 18 key corn-growing states, compared to 28 percent at the same time in 2019 and compared to the five-year average of 56 percent.

"The economics are saying, ‘Don't grow corn,' but the weather is telling them to grow corn," said AccuWeather meteorologist and commodity analyst Dave Samuhel. "They need to grow corn or soybeans or both, and they don't like to see nothing in their fields, as they were forced to do last year. The farmers are probably thinking something could happen and things could get better. They tend to be pretty optimistic folks."

Credit: AccuWeather
The ethanol market is flagging in 2020.

Last year, of course, rain and flooding made for a rough year for farmers, but this year's corn numbers are even well above the five-year average in states such as Iowa (91 percent vs. 66 percent planted), Minnesota (89 vs. 57) and Nebraska (79 vs. 60).

"The planting for corn is out of sight," said AccuWeather Commodities Consultant Jim Candor. "Iowa was at 45 percent last year, and it's 91 now. Illinois was 11 percent last year, and now, it's 68 percent. Minnesota is phenomenally far along at 89 percent compared to 17 last year. The farmers had good weather, and they didn't mess around."

There's more good weather ahead, as AccuWeather meteorologists forecast a major change in the weather pattern to take place across the Midwest this week. The weather will be transitioning from a much-colder-than-normal weather pattern to one which will feature near- to above-normal temperatures, especially by next week.

"It's the best stretch of weather they will have had - they've still managed to get a lot done - but this is an even better stretch," Samuhel said. "It's really going to be good for Indiana, Ohio and Michigan where they're not so far advanced."

It's still early for soybean planting, but already an average of 38 percent of soybeans have been planted in the 18 key soybean-growing states compared to 8 percent last year and a five-year average of 23 percent, according to the USDA.

A potential problem looming for farmers harvesting winter wheat, which takes place from the end of May into June, is the travel restrictions imposed by the coronavirus lockdowns. About 30 percent of U.S. harvest operations use foreign workers on their crews, according to Mandi Sieren, operations manager for the industry trade group U.S. Custom Harvesters Inc., according to the Associated Press.

Temporary agricultural worker H-2A visas have been largely spared from immigration rollbacks because agriculture is an essential industry, but the workers can't travel to the U.S. right now because of the restrictions imposed to prevent the spread of the coronavirus, Sieren said.

"When the wheat is ripe and ready to be harvested, the farmers want to get it harvested within one or two weeks," Samuhel said. "It's not going to necessarily rot or turn bad, but if it's sitting out there waiting to be harvested, and a hailstorm comes through - and those happen routinely in the summer - or a big 50- or 60-mph windstorm that knocks over the wheat, then they can't pick it up because the machine is set to cut it off at a certain height. There are vagaries of the weather that you're exposed to if you don't get it harvested when you're supposed to."

The USDA's World Agricultural Supply and Demand Estimates (WASDE) for May were released, and the USDA maintained its previous production forecast for corn and soybeans while increasing its forecast for cotton and wheat.

Here's the USDA forecast compared to the current AccuWeather predictions: