Mosquitoes bugging you? Here are some reasons why 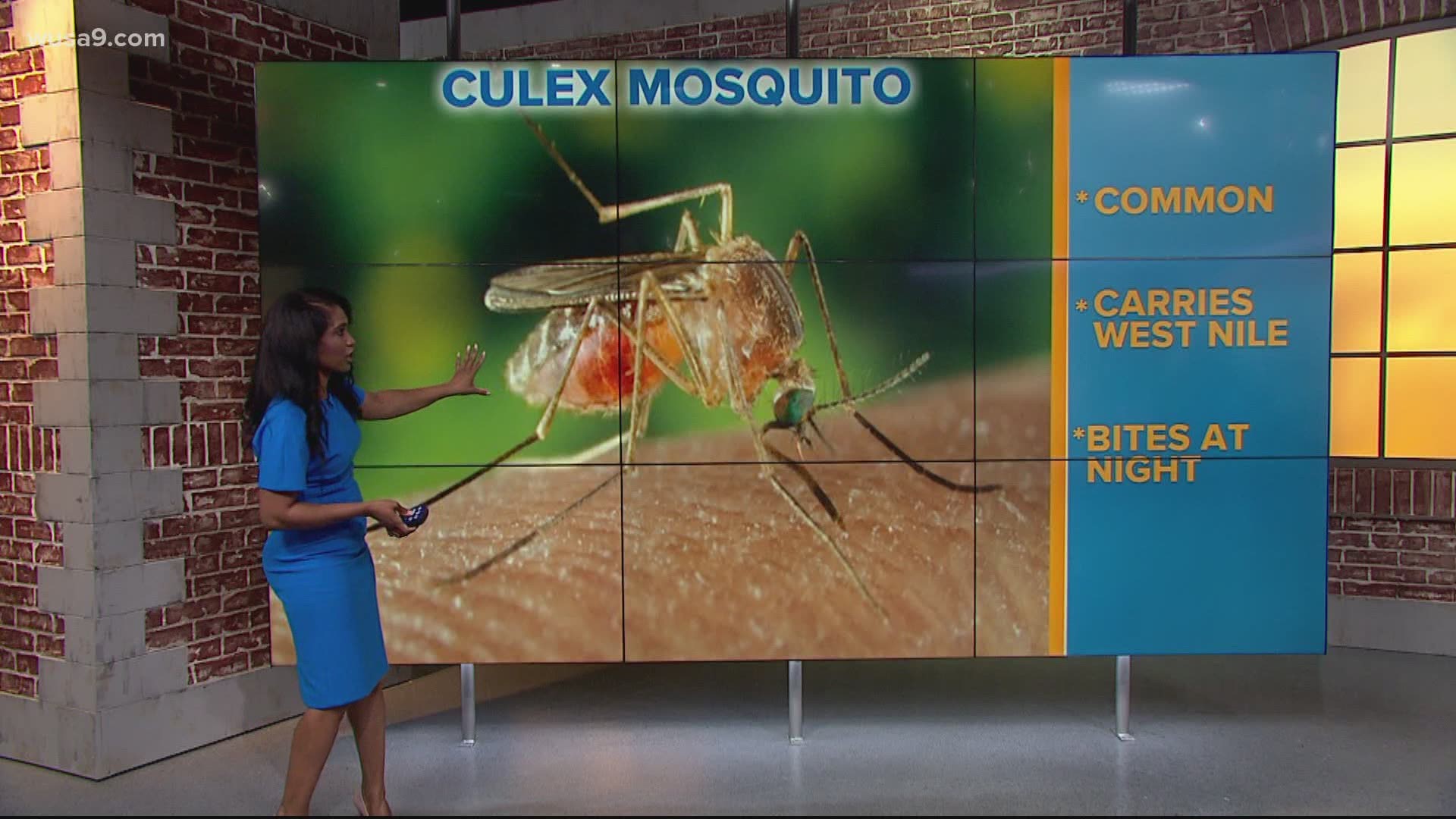 WASHINGTON — Have mosquitoes been bugging you out?  It turns out there are certain things about us that draw mosquitoes to us.  From the breath we take to perhaps the clothing we wear, to what we eat and drink, it all helps mosquitoes find their way to us to get a bite.

They are attracted to us

Mosquitoes can sense humans through our body odor, body heat and releasing carbon dioxide when we breathe.

The colors you wear may also make you an easy target. Leading researchers, including Dr. Jonathan Day at the University of Florida, note that wearing colors such as black, navy blue and red make it easier for bugs to spot you.

Perhaps skipping the beer could ward off these pests.  One small study found that mosquitos were more attracted to those that consumed beer.

"These results support the hypothesis that diet plays an important role in mediating host attractiveness to anopheline mosquitoes," the study said.

Female mosquitoes bite because they need a blood meal to create eggs. Protein from blood helps with egg creation according to Connecticut Mosquito Management Program.

Female mosquitoes lay eggs, and those eggs hatch in water.  So if you have any standing water outside of your house, you may want to dump it ASAP.

Female mosquitoes can lay hundreds of eggs at a time.

After heavy rain, it's common for mosquito populations to boom. This is because mosquitoes need water to start their life cycle.

Male mosquitoes do not bite . They prefer plants and flowers for meals.

Day or night, they bite

Mosquitoes are most active at temperatures between 50 and 95 degrees.

Some are more aggressive than others

The culex mosquito is known for biting at night and can carry West Nile Virus,

Credit: William Brogdon, Centers for Disease Control and Prevention
A female Culex quinquefasciatus mosquito, which can transmit the West Nile virus, begins to suck from the photographer’s finger in search of a blood meal.

The Asian Tiger mosquito is an aggressive biter, according to the Virginia Department of Health.  This mosquito may actually follow you to bite you.