Gov. Kemp issues state of emergency ahead of Dorian for several Georgia counties 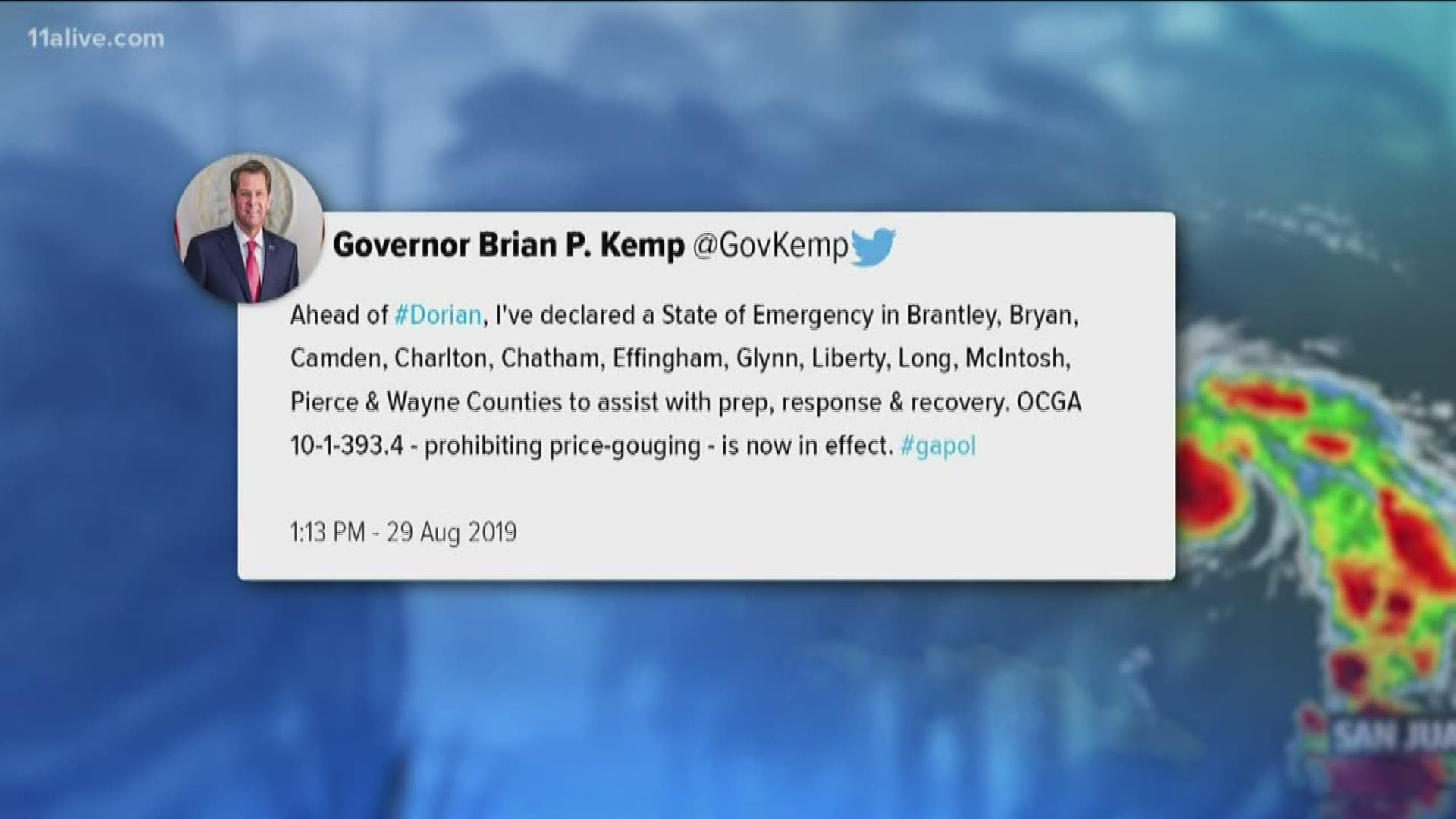 ATLANTA — Georgia Governor Brian Kemp has issued a state of emergency ahead of Hurricane Dorian.

Thursday afternoon, he tweeted a copy of his executive order. The state of emergency has been declared for Brantley, Bryan, Camden, Charlton, Chatham, Effingham, Glynn, Liberty, Long, McIntosh, Pierce and Wayne counties.

The purpose is to assist with preparations and response and recovery, if necessary. The state of emergency helps free up resources.

The governor was joined by state emergency management officials as they provided an outline of Georgia's readiness for Dorian. The southeastern portions of the state could be impacted by the hurricane over Labor Day weekend.

Kemp said Georgia "could see the impact along the coast" with storm surge and higher waves possible as early as Sunday night and into Monday morning.

"I wouldn't want anyone to cancel their plans" for Labor Day weekend, he said during the news conference. "Last night, I thought we might be telling people to think about changing their plans, I wouldn't want to tell people that right now."

He also issued an executive order that temporarily suspends federal rules that limit the operational hours that commercial vehicles can drive. He said this action will make sure there is no interruption for supplying petroleum products, emergency supplies, and food.

This waives specific weight and height restrictions for vehicles traveling through the state for disaster preparation or relief.

How to prepare for a hurricane before it arrives