Neighbors help disabled Army veteran whose home, cars were destroyed by tree knocked down from Zeta

A downed tree blown over by winds from Zeta destroyed the man’s home early Thursday. 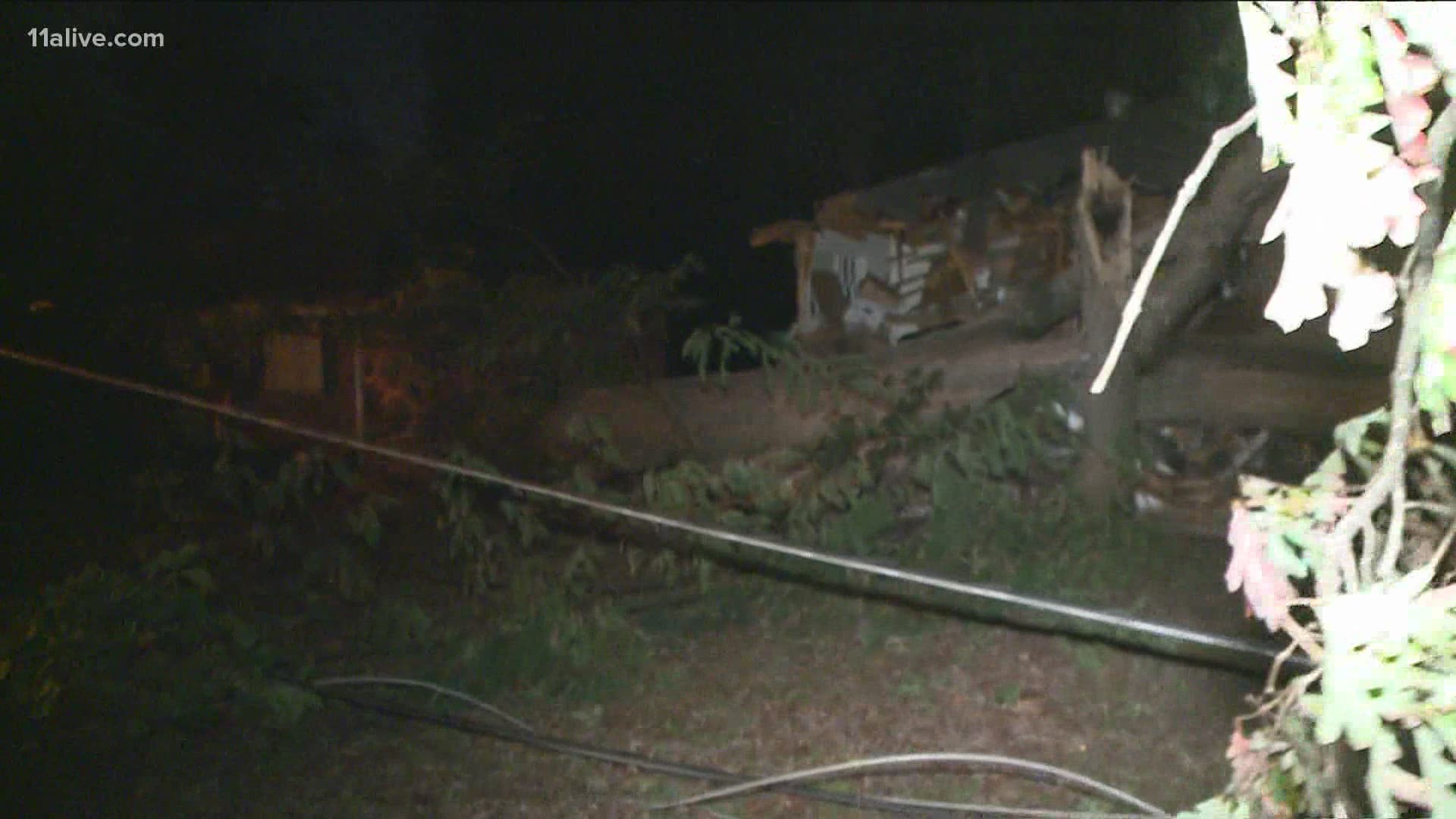 SMYRNA, Ga. — One neighborhood in Smyrna joins a long list of people without power Thursday following Zeta, but neighbors are still coming together to help a disabled Army veteran on their street.

George Hoagg said behind Zeta, not much is left of his home or the three cars that were in the driveway.

“It was like Dorothy again. I thought I was in Kansas. Everything was whirling,” said Hoagg.

Looking at his home Thursday night, Hoagg can still remember exactly what the winds were like.

“I’ve been here since ‘96 and never seen winds like that,” he said.

Hoagg said the massive tree, which he estimates is more than 100 feet tall, fell onto his house around 5 a.m. He was able to make it out without being hurt, but that’s about all the good news there is. Hoagg said now he has no home and no cars.

RELATED: Two die in Gwinnett after tree crashes through home, lands on bed

“The upstairs attic, it has dropped down into the house. The front façade is totally open. It’s almost like looking at a doll house. It was a freak show. People would drive by and take photographs,” he told 11Alive.

He’s been on his property all day as that happened, getting by on hope and helping hands of his neighbors.

“I don’t want to leave the property. I need direction. Logic is going to go out the window if I do something on my own and it goes against the company’s policy, so I really don’t know what to do,” he said.

Hoagg said he hasn’t heard back from his insurance company yet, but in the meantime, he’s going to hang around the property until he gets further direction.