Clearwater Police shared several photos of lightning striking dangerously close to the shore with beachgoers nearby. 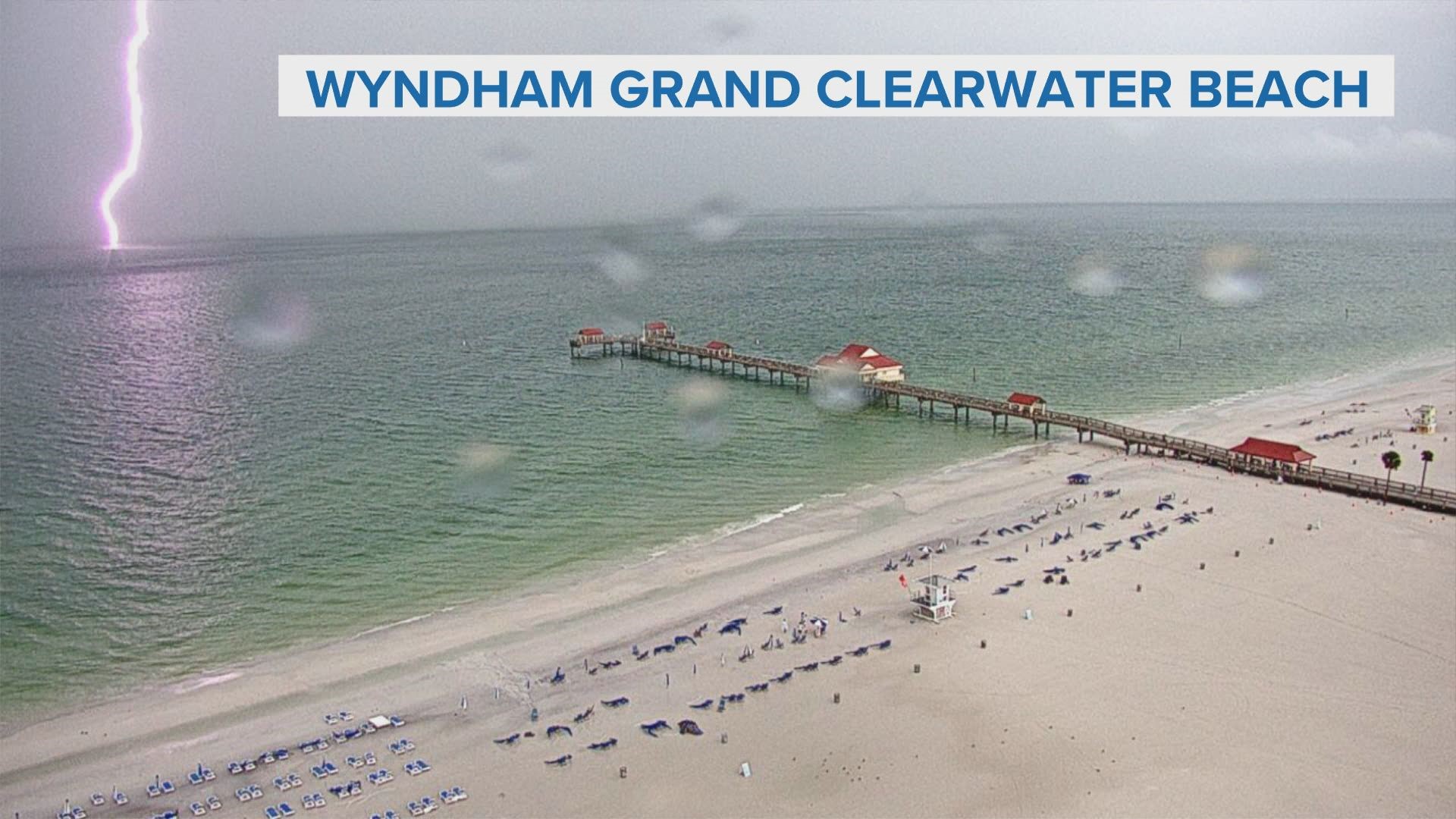 CLEARWATER, Fla. — Clearwater Police are sharing some crazy photos of lightning strikes right off the coast of Clearwater Beach.

As beachgoers watched nearby, police say an officer had to warn people to leave the beach for their own safety.

Luckily, no one was injured during the strikes.

The beach is no place to be when lightning is near. Just ask @NWSTampaBay. These images were captured safely from inside one of our cruisers. An officer had to tell multiple people that they shouldn’t be on the beach for their own safety. pic.twitter.com/iW3ldSwUSJ

It's no secret that Florida sees a lot of lightning. In a study by Vaisala, a company specializing in lightning data, Florida had about 12.7 million cloud-to-ground lightning strikes. The only state beating that number is Texas, with nearly 34 million strikes.

According to the National Weather Service, between 2006 and 2019 more than 400 people died from lightning strikes in the United States. More than 70 percent of deaths occurred between June, July, and August, with July seeing more than 120 fatalities.

As the saying goes, when thunder roars, go indoors, and that is especially true for men. CDC data shows men are five times more likely than women to be struck by lightning. About 85 percent of lightning fatalities are men. People between the ages of 15 and 34 make up nearly half of lightning strike victims.

If you do find yourself outside during a thunderstorm and you can't get inside, there are a few steps you can take to keep yourself safe from a strike:

You should stay away from any open vehicles like convertibles, motorcycles, and golf carts. You should also avoid open structures like porches and gazebos. Specifically, the CDC recommends staying away from laying down on concrete floors or leaning against concrete walls. Lightning can travel through metal wires or bars in concrete walls or flooring.

However, even being indoors during a thunderstorm can come with risks. CDC data shows about one-third of lightning-strike injuries occur indoors.

You should avoid taking a bath, washing dishes, or having any contact with water during a thunderstorm. Lightning can travel through a building's plumbing. Avoid electronic equipment, especially corded phones.