"We have significant concerns about conditions in this facility," Louisiana Department of Health officials said in a statement. 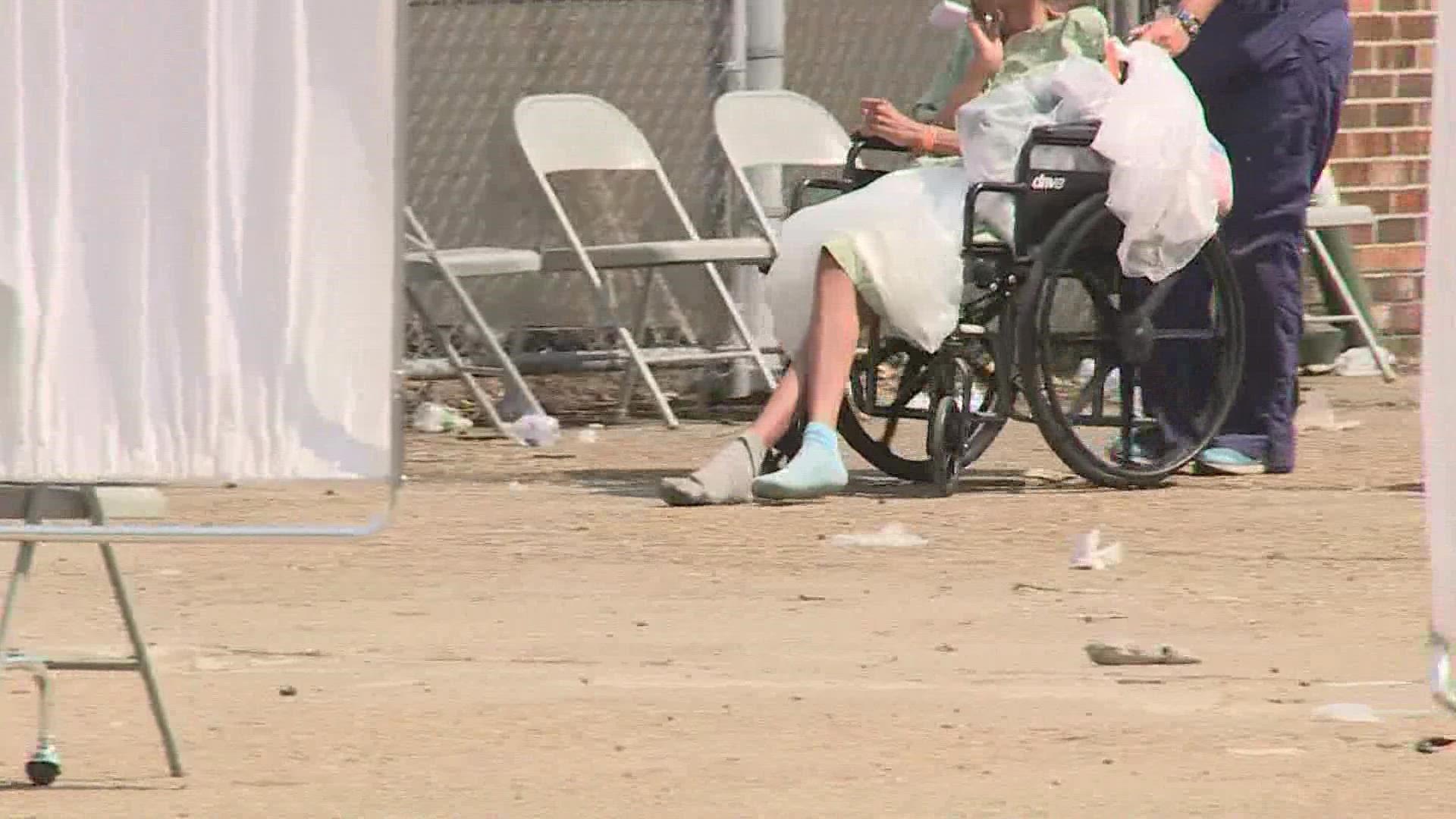 TANGIPAHOA PARISH, La. — Four nursing home residents in Tangipahoa Parish died in a mass shelter where more than 800 residents were reportedly packed into a leaky warehouse for Hurricane Ida.

State officials investigating deteriorating conditions at the facility were turned away by workers and were unable to check on other residents, according to Gov. John Bel Edwards.

The residents were evacuated to the facility, in Independence, Louisiana, ahead of Hurricane Ida from seven different nursing homes around Southeast Louisiana to shelter from the storm.

WWL-TV has learned that the residents were taken to a facility called Waterbury Companies Inc. That facility appears to be a warehouse owned by the same person who owns those seven nursing homes.

The seven nursing homes the residents were originally housed at are:

"We have significant concerns about conditions in this facility," Louisiana Department of Health officials said in a statement.

One worker at the facility said cots were piled on each other on the ground. At one point water came into the building and some of the residents had to be moved.

The worker, who spoke on condition of anonymity, said there was no privacy to take care of residents, and that there weren't enough people working to take care of all of them.

RELATED: 'I knew they wouldn't be safe' | Inside the warehouse where 4 nursing home residents died

Gov. Edwards said he was sure staff were trying to give "the very best care," but that the conditions were so bad that they never stood a chance.

"The fact that it wasn't possible to do better by them shows that they really shouldn't have stayed where they were," Edwards said.

Residents could be seen Thursday being taken from the warehouse to waiting ambulances on stretchers and in wheelchairs. It's unclear where those ambulances were headed, but many of the residents likely need medical evaluation before being transported to another facility.

LSU Spokesman Ernie Ballard confirmed that they've made 100 beds available to the nursing home residents, but can provide more if needed.

LDH inspectors said they were notified about poor living conditions at the facility after Hurricane Ida, and they tried to investigate in person. But they say nursing home staff turned them away at the door despite the state's authority to conduct investigations into nursing homes.

Louisiana law allows nursing homes to decide where to evacuate while under a mandatory evacuation order, but requires they must provide a safe place for the residents.

"The owner of the homes had an obligation to move those residents to a better facility or ask for help," Edwards said. "He did neither. In fact, what he did was try to prevent the Dept. of Health from coming in and ascertaining the condition of those residents earlier in the week."

Three of the four residents who have died since the storm have been classified as storm-related deaths. Definitive causes of death have not been determined for any of the four.

Gov. Edwards said it took less than 24 hours to get the 843 patients out of the warehouse. Twelve had to be sent to the hospital for medical treatment.

LDH officials said they would be looking at referring charges to the appropriate law enforcement agencies in regards to conditions at the home.

It's unclear who tipped LDH off to the conditions at the warehouse, but nursing home employees in Louisiana are mandatory reporters, and there is no indication why LDH was not informed about the facility's condition as soon as employees arrived.

After LDH released information about the facility, Tangipahoa Parish President Robby Miller said local officials are working with LDH to get to the bottom of the issue.

“This is very upsetting news," Miller said. "As soon as the Town of Independence notified our office, we reached out to the facility in question and notified all the appropriate state agencies. We have provided every resource that we could to alleviate and reduce this catastrophe. Our hearts are breaking for the families impacted by this avoidable tragedy."

The Independence Police Department is investigating the situation, but it is unclear if it is a criminal investigation. Edwards said an investigation is taking place on a local and federal level.

Family members started showing up at the warehouse after seeing the conditions their loved ones were in on WWL-TV. They said they never got a call or any kind of message from the nursing homes, but instead had to find out on the news.

"If we'd known, I would've come and got her for sure," one woman whose mother was in the warehouse said.

She and her sister came from Lafourche Parish to get their mother as soon as they found out what happened.

"The hurricane wasn't enough," her sister said. "It devastated the people in the South Lafourche area and we thought (our mother's safety) was one less worry we had."

According to the sisters, a nurse told them their mother was going to the Valley View Inn in Marksville and that they would call them when she got there.

Family members are being told to call 2-1-1 for info on loved ones who were at this facility.

1 / 9
AP
Paramedics evacuate people at a mass shelter Thursday, Sep.t 2, 2021 in Independence, La. Multiple nursing home residents died after Hurricane Ida, but full details of their deaths are unknown because state health inspectors said Thursday that they were turned away from examining conditions at the facility to which they had been evacuated. (Chris Granger/The Times-Picayune/The New Orleans Advocate via AP)