The National Weather Service has issued a winter weather advisory for areas north of Interstate 20. Parts of north Georgia are under a winter storm warning. 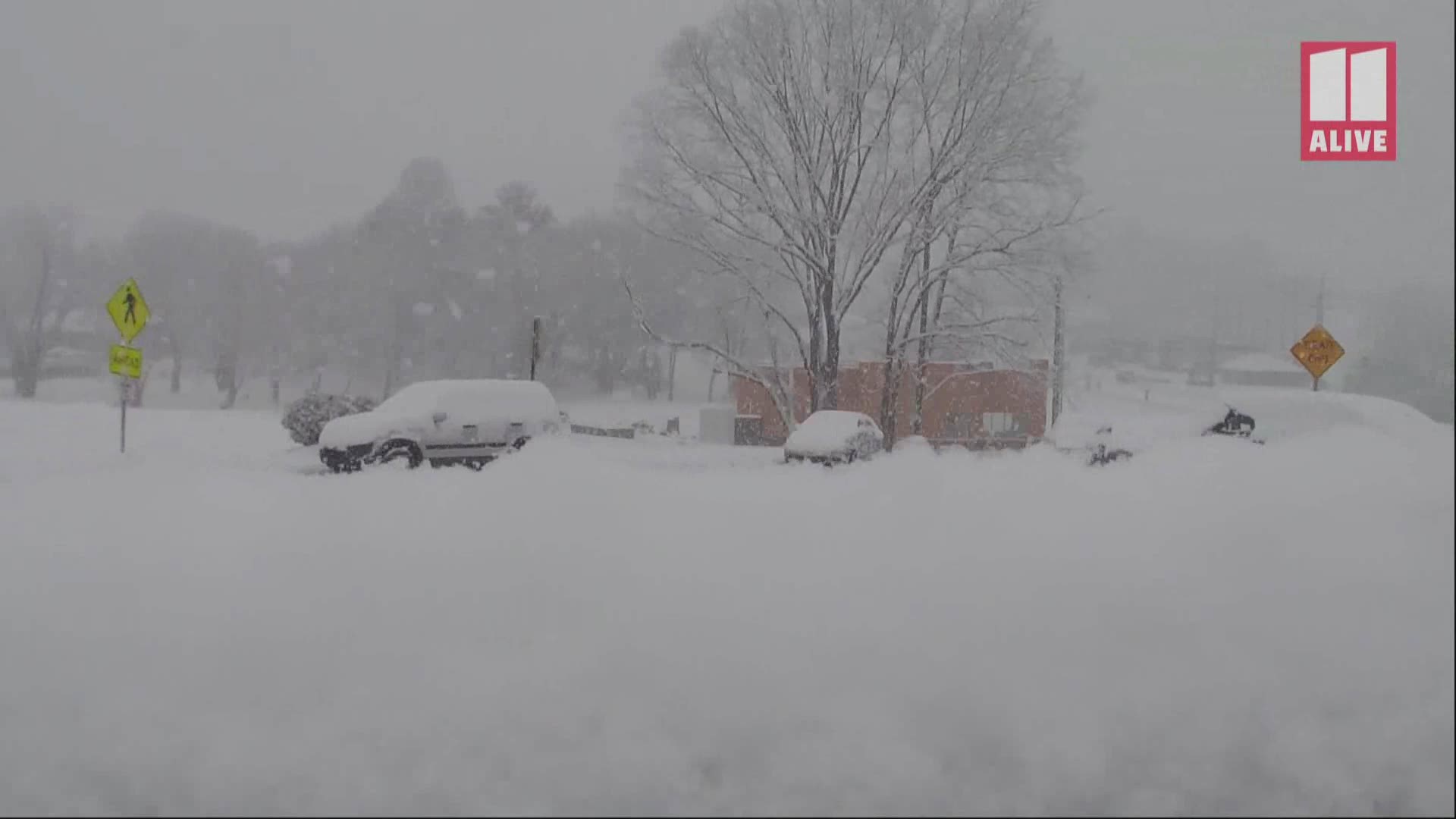 ATLANTA — If you saw some flurries on Friday, you were one of the few lucky ones.

On Saturday, you'll likely have a better chance to see the white stuff.

A Winter Storm Warning has been issued for parts of north Georgia through 4 p.m., including Catoosa, Dade, Gordon, Walker and Whitfield counties through 4 p.m.

The National Weather Service has issued a winter weather advisory for areas north of Interstate 20 with up to an inch of snow possible through 4 p.m. over portions of in the north metro area.

Some accumulating snow has fallen across much of metro Atlanta over the morning hours.

As the temperature moves above freezing, 11Alive chief meteorologist Chris Holcomb says there may be some rain as the precipitation comes to an end during the afternoon hours.

Temperatures in the metro Atlanta area are expected to remain above freezing.

There may be some travel impacts in the heavy bursts, particularly in the higher elevated areas. The Georgia Department of Transportation said they are currently discussing preparations and that they have plans to brine the roadways in northwest counties this afternoon.

A whole trampoline blew into someone's trees during the severe weather

Parent claims students waiting for bus during tornado warning tried to seek shelter in leasing office, but were kicked out