The peak of hurricane season is here

Mid September is the time where the Atlantic Ocean sees the most tropical activity, and the 2021 season has definitely been active so far. 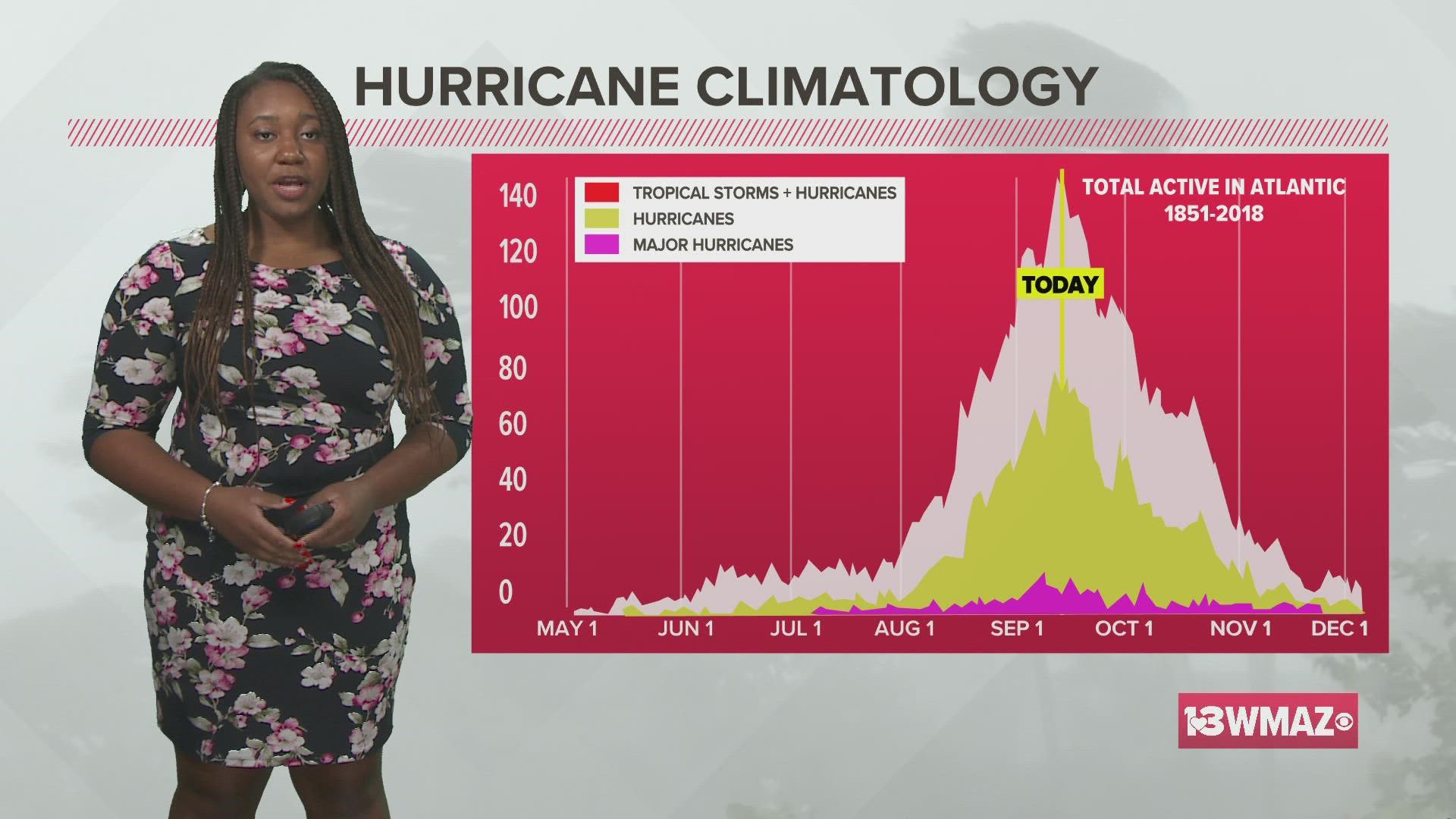 MACON, Ga. — The 2021 Atlantic Hurricane Season has been nothing short of quiet. Mid September marks the peak of hurricane season and is usually the time of the year where we see the most activity in the tropics.

So far this year, we've had 13 named storms with five of those storms becoming hurricanes. Of those five hurricanes, three have attained major hurricane strength. The formation of all of these systems are in line with NOAA's hurricane season forecast.

Right now, we are tracking three areas of disturbance throughout the Atlantic Basin. The disturbance in the Gulf of Mexico has a 70% chance to form over the next two days.

The second disturbance in the far eastern Atlantic has a 50% chance of development over the next two days. We are also monitoring a tropical wave that will come off the coast of Africa soon.

As always, the 13WMAZ weather team will keep you updated about everything tropics. Make sure to stay up-to-date by tuning in on-air or reading online.

Another stretch of low humidity and sunny weather is underway!