Weather complex over 1,000 miles away could spell tropical trouble 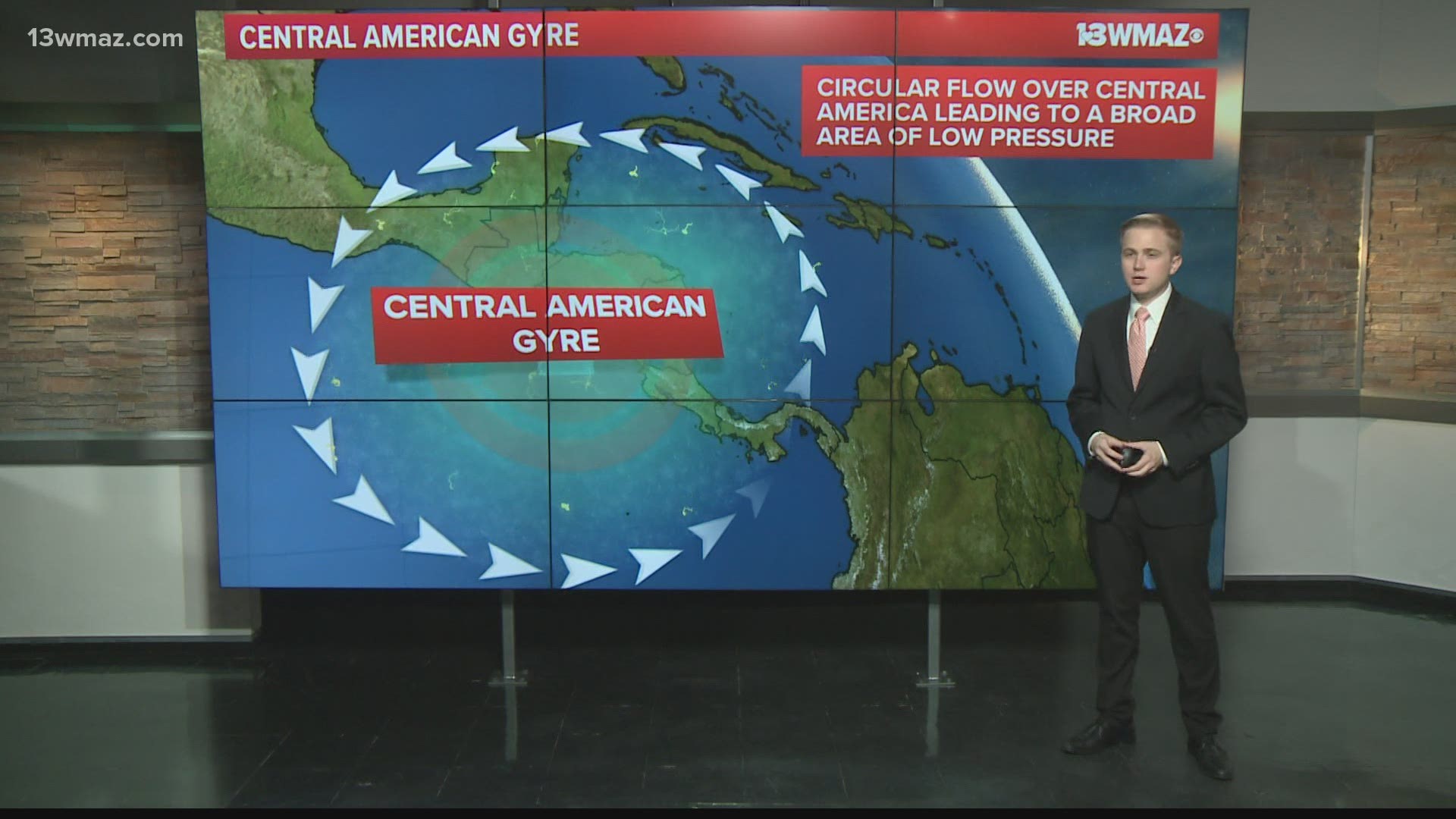 MACON, Ga. — We're here in Central Georgia, so why would we care about the Central American gyre? Well, the answer is simple: It's because it can spawn tropical development in the Gulf of Mexico. Here's how it works.

The gyre is an area of broad low pressure across Central America, from Mexico all the way down to Panama. Embedded in it are disorganized showers and thunderstorms.

When those showers and thunderstorms get a little more organized, especially on the outer fringes, an individual low pressure can form in the southwest Gulf of Mexico.

All tropical systems are technically a low-pressure, so think of the gyre as planting the seed for development. When we get the gyre in the southwest Gulf of Mexico, that increases the likelihood of tropical development.

The gyre is also known for bringing flooding rains to Central America, including areas that were hard hit during the 2020 hurricane season. It can also lead to tropical development in the Atlantic and Pacific basins, including the Gulf of Mexico, the Caribbean Sea, and even parts of the eastern Pacific.

We'll be watching it closely this week because there is a gyre present in Central America right now. The National Hurricane Center has a 20% chance of development here in the southwestern Gulf of Mexico, over the next five days.