'An unconventional way to do it': Central Georgia adapts MLK Day events due to COVID-19

Events in Macon and Warner Robins looked a bit different this year because of the pandemic, but they still carried the same message of equality 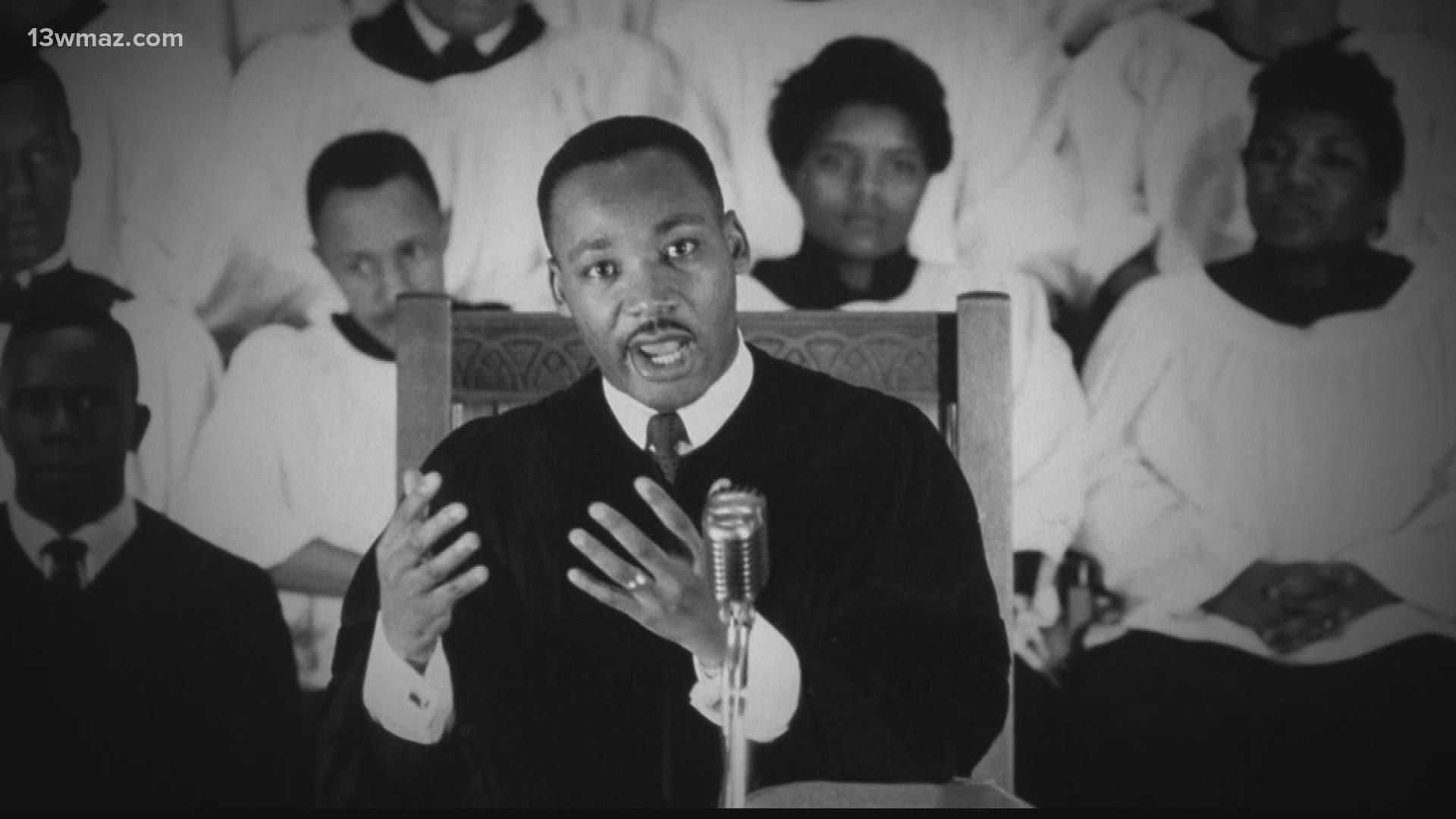 MACON, Ga. — Every year on the third Monday of January, the nation honors the life and work of the Rev. Dr. Martin Luther King, Jr.

King grew up in Atlanta and became a pastor at the Historic Ebenezer Baptist Church there while fighting for civil rights in the 50s and 60s.

In 1964, King became the youngest man to ever receive the Nobel Peace Prize. Four years later, he was assassinated.

Shortly after his death, people campaigned to honor him by making his birthday a federal holiday. President Ronald Reagan signed it into law nearly two decades later.

Instead of a march, a car caravan went from Warner Robins to Perry Monday morning.

“This is an unconventional way to do it, but we still wanted to celebrate,” said member Lori Thomie.

The civil rights organization led a motorcade with more than 20 cars. Due to COVID-19, it was the first time many people didn’t march side-by-side to remember King.

While Monday’s event focused on the victories of the past, 13WMAZ Junior Journalist Joshua Ratchford Jr. was this year’s keynote speaker and used the day as a blueprint for the future.

"We're the next generation, we're the future., and we need to see how to lead our nation,” said Ratchford.

Up I-75 in Macon, the county’s annual MLK Memorial March was also canceled because of the pandemic, but people still found a way to celebrate.

Faith and political leaders gathered at Rosa Parks Square in downtown Macon on Monday afternoon for a wreath laying ceremony.

There were speeches honoring his legacy, prayers and music. Rev. Johnny Mathis brought his granddaughter, Ariana, to the celebration to show her why King still means so much to so many.

“I want her to know at an early age what Dr. King espoused and that's the beloved community. When we look at each other's differences and we value those, and yet we find common ground,” said Mathis.

He says he will always be grateful to King because he taught him at early age that African-American men could be leaders.

Why was Dr. King chosen to lead the American Civil Rights Movement?