"For a single working mom it's impacted me greatly," said Lois Weyandt. "There have been times where I couldn't afford even a small pack of diapers." 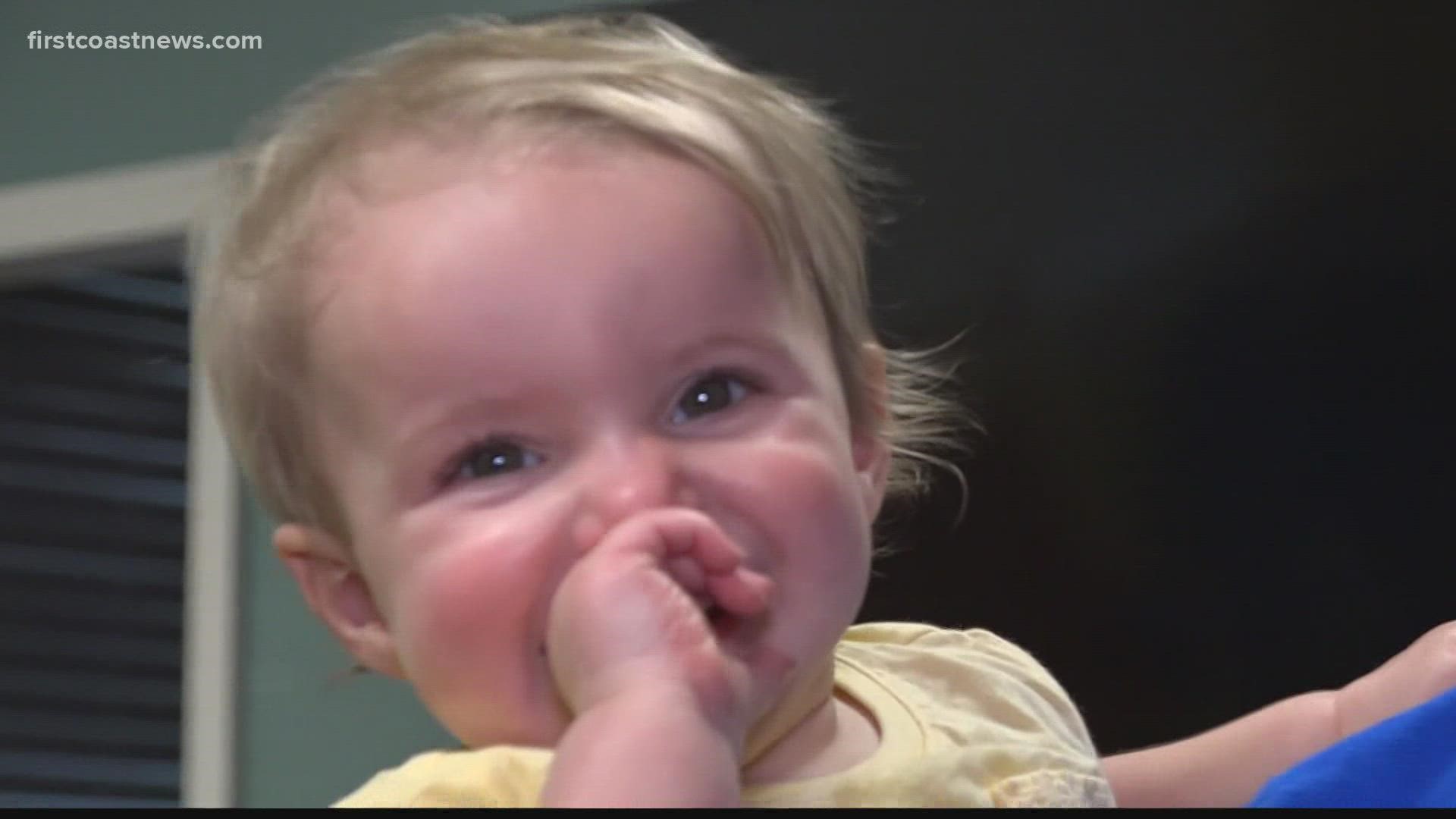 JACKSONVILLE, Fla — Prices are going up on everyday items, and for some families, it's a struggle to keep those costs from impacting their child's wellbeing.

"I make sacrifices all the time to get diapers," said Lois Weyandt.

Weyandt is using every resource available to make sure her 10-month old Avalee doesn't feel the impacts of rising diaper costs. One in three families struggle with diaper need, according to the National Diaper Bank Network.

"For a single working mom, it's impacted me greatly," Weyandt said. "There have been times where I couldn't afford even a small pack of diapers."

Crystal Parks saw the need and created the Diaper Bank for Northeast Florida in fall of 2019. The organization has given out more than 100,000 diapers this year.

She remembers spending $100 a month on her son's diapers. Her son is now four.

Infants use up to 12 diapers a day, costing around $80 a month, according to the National Diaper Bank Network. Two companies control most of the country's diaper market and both announced they would be raising prices, citing supply chain disruptions and higher material and shipping costs.

"A lot of families are unfortunately leaving their babies in diapers longer or they're reusing dirty diapers if they cannot afford to keep their child clean, dry, and healthy," Parks said. "So that leads to potential health risks such as diaper rash, or urinary tract infection."

Cloth diapers are not an option for many working parents.

"Most childcare centers require parents to leave a day supply disposable diapers," said Parks. "So if you're a family struggling to afford diapers and you can't take your child to childcare, then you can't go to work."

The diaper bank partners with organizations like Gateway Community Services, where Weyandt and her daughter live, to bring in a large number of diapers.

"It's helped so, so much," said Weyandt. "There have been times where I've been completely broke and didn't have diapers, wasn't able to get any, and I was blessed by the diaper bank. I'm so grateful for them. It feels great knowing that my daughter's taken care of and it feels great that I don't have to put so much money away for diapers, that I can actually buy other things that we need."

It's National Diaper Awareness Week and on Saturday morning there's a diaper giveaway at Impact Church. Learn more and how to sign up here.

Learn more about where to get diapers here.

Donate to the diaper bank here.

Posted by Diaper Bank for Northeast Florida on Wednesday, September 29, 2021