Twelve years after serving together in Iraq, a First Coast Army veteran saves the life of another. 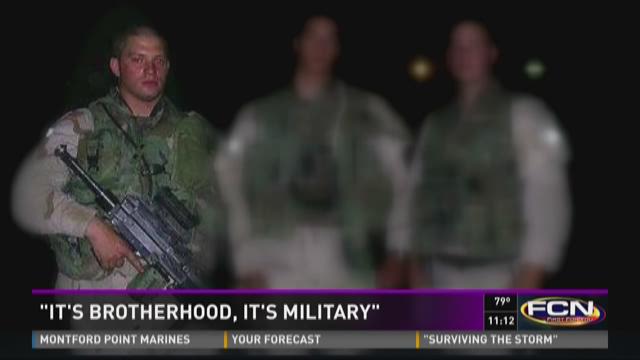 Twelve years after serving together in Iraq, a First Coast Army veteran saves the life of another.

The two served together in the Army's 10th Mountain Division, during a tour in Iraq in 2004. But it wasn't until years later that a Facebook post reconnected them.

In the post, Broughton pleaded for a new kidney. Moved by the plea, Coughlan got tested and found he was a match. "Once we found out that I was a match you could tell his motivation to go to dialysis and just to continue to live improved."

Coughlan says the decision to donate his kidney was an easy one after facing death in 2004. "One of the mortars impacted at the opening of the bunker, killed one of the guys that I was with and he shielded me from the blast."

He he says he considers himself fortunate to be able to help Broughton and, in some way, the fellow soldiers he served with who didn't make it back home. "It's a personal decision. I wanted to do it, but I also think that's how they would want me to continue to live."

Coughlan is now back in his St Augustine home. Both men are making speedy recoveries.