'It's a miracle': Hawkinsville commissioner recovering from COVID-19

Healthcare workers didn't think he was going to make it. After nearly a month on a ventilator, he left the ICU. 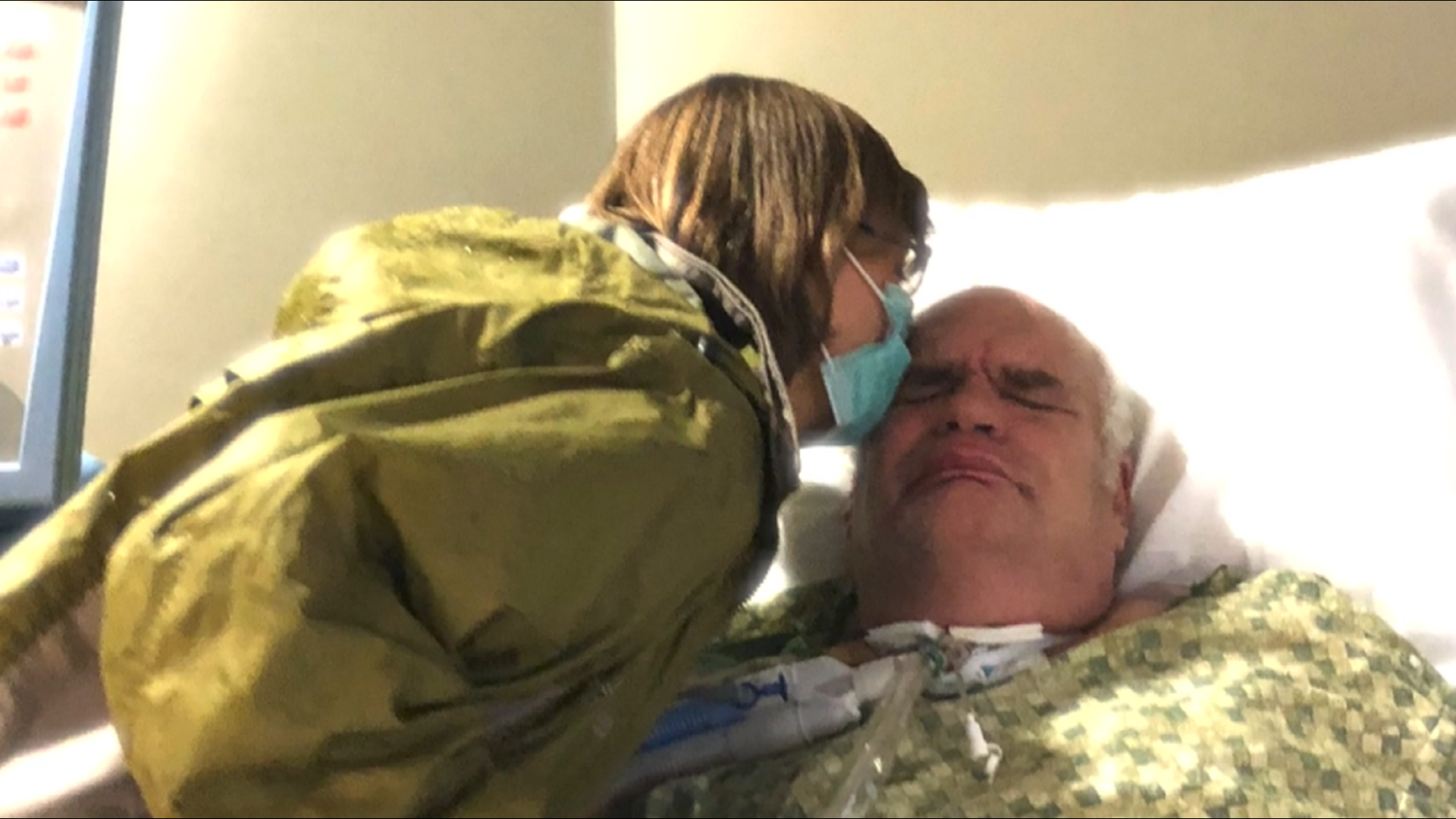 MACON, Ga. — A Hawkinsville commissioner was one of the first COVID-19 cases in Pulaski County.

Now, his daughter is thanking all the healthcare workers at Coliseum Medical Centers who helped save her father while he was battling the virus.

"We want you all to know that we pray for you day and night. We thank God for you and all of the long hours and sacrifices you are making on the front lines," Kristen Berryhill said in a Facebook video.

A Daughter's Letter About Her Dad

While Shelly Berryhill was a patient in the COVID ICU, our staff received a letter from his daughter. The letter (and this entire family) touched our hearts. It was an honor to care for Mr. Berryhill, and we pray for his continued recovery. #CareLikeFamily

Posted by Coliseum Medical Centers on Friday, May 1, 2020

Her father is Shelly Berryhill, a well-known face in Hawkinsville, city commissioner, and a deacon at Broad Street Baptist Church.

"It happened really fast," Kristen said. "He was home. He didn't feel good and then the next day, they were putting him on the ventilator."

In March, his health took a turn for the worse -- he ended up on a ventilator and sedated for nearly a month.

"There were many times I would leave the shift in the morning and I pretty much thought he wouldn't be there when I came back," Tanya Bickham, an intensive care unit nurse at Coliseum Medical Centers, said. "There were so many times he was near death."

His family and church prayed, naming off each nurse that was taking care of him. His wife talked to one nurse over FaceTime.

"She said, 'I don't want to take you away from taking care of him, that's the most important thing, but would it be okay if I prayed for you? That I took a minute and prayed for you?'" Bickham said. "And I thought, 'Wow. In my 25 years that I've been a nurse, in critical care and ER, that's never happened.'"

Last week, those prayers were answered.

Shelly showed a thumbs up as he was wheeled out of the Intensive Care Unit.

"There were several times we didn't think it was going to turn out this way," Bickham said. "It's the power of prayer and the power of God."

Now, she and her family are thanking all those who put their lives on the line to save his.

"The sacrifices they're giving up to work such long hours and not be with their families to possibly putting their families at risk, to save people they don't even know and can't even talk to. It's incredible," Kristen said.

Kristen says the healthcare workers at Coliseum cared for her dad like family.

The Berryhills invited all of those who cared for him to attend church where Shelly teaches Sunday School. Several of those that took care of him have already said they'll be there when Shelly returns.