Police said the suspect, Billy Hahn Jr., fatally stabbed his mother and then went to an abandoned home and stabbed a second person. 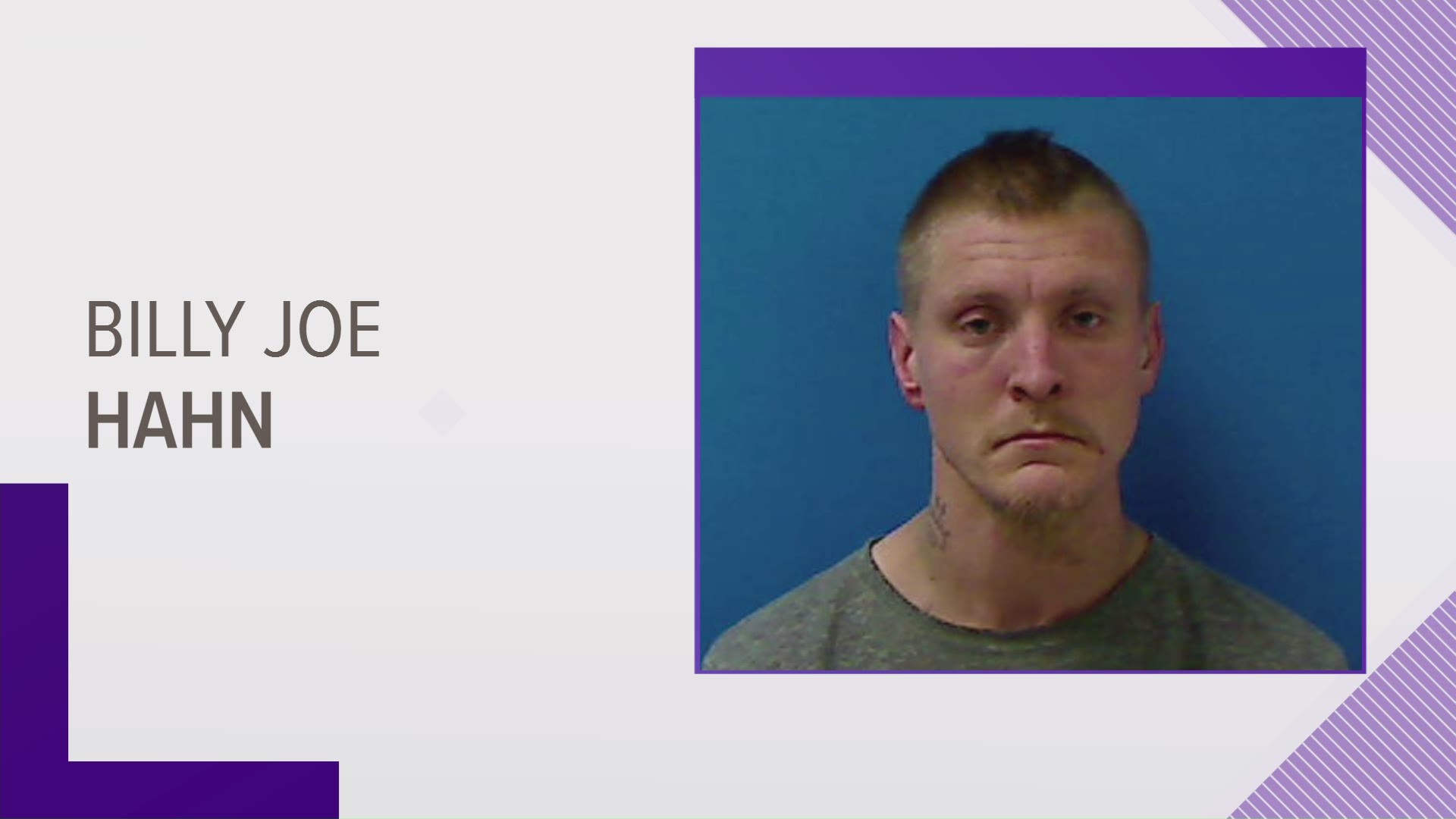 HICKORY, N.C. — A murder suspect has been arrested in Hickory after he barricaded himself in a home, the Catawba County Sheriff’s Office reports.

According to deputies, the incident happened Monday morning on Kool Park Road and 28th Street northeast. Police said the suspect, 29-year-old Billy Hahn Jr., stabbed his mother, Rebecca Hahn when they were both in a camper situated on the 16th street property.

Hahn was transported to Carolina’s Medical Center where she died from her injuries.

Police said Hahn fled the area and an arrest warrant charging Hahn Jr. with murder was issued at around 8 a.m.

Deputies report that that person was identified as Kris Goodson. Goodson was transported to Catawba Valley Medical Center where he remains in serious condition. It was later established that Hahn stabbed Goodson while both were at the 28th St NE residence.

As Goodson was being attended to, deputies and investigators learned that Hahn Jr. was barricaded inside a home adjacent to where the car he’d been operating was parked.

Hahn Jr. was later taken into custody by the STAR Team inside the home. Hahn Jr. has been served with the murder warrant and is being held without bond at the Catawba County Detention Facility.