The mayor's office said the executive order is in response to the rising number of COVID-19 cases, the impact of the Delta variant and the new CDC guidance. 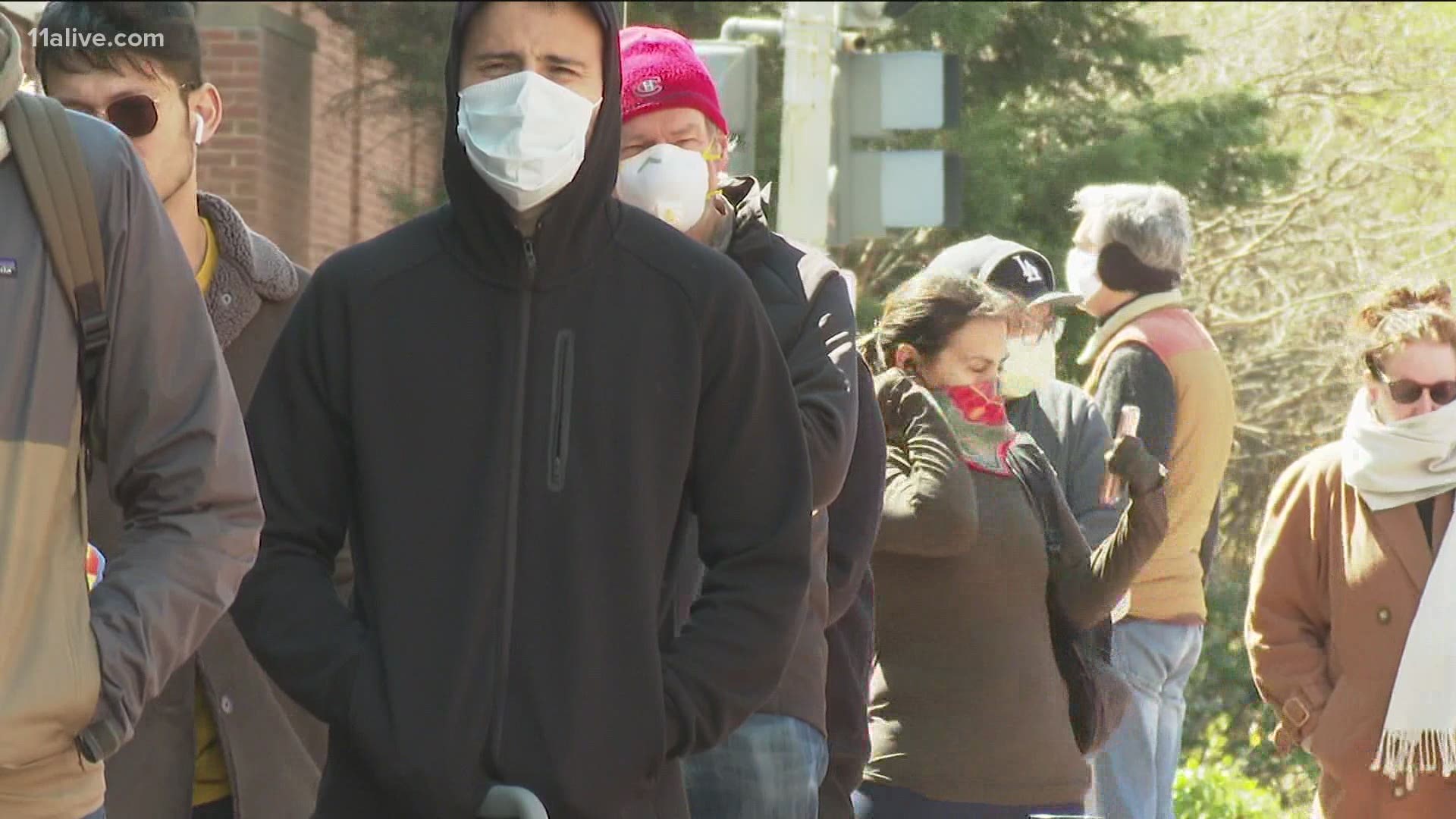 According to a release from the mayor's office, the mandate requires a face mask or cloth covering over a person's nose and mouth while indoors at a public place, including private businesses and establishments in the City of Atlanta.

The mayor's office said the executive order is in response to the rising number of COVID-19 cases, the impact of the Delta variant, and the new CDC guidance.

“Public health experts overwhelmingly agree, and data has proved, that wearing a face covering helps slow the spread of this deadly virus,” Mayor Bottoms said. “As COVID-19 rates increase, we must remain vigilant, wear a mask, follow CDC guidelines and other measures to ensure the safety and wellbeing of our communities.”

New information about the Delta variant having the ability to spread among vaccinated people caused the CDC to make the new recommendations on Tuesday. The CDC suggests even people who are fully vaccinated should wear masks indoors if community transmission is surging.

Meanwhile, Gov. Brian Kemp also announced earlier Wednesday that Georgia will not lockdown and he will not be issuing a statewide mask mandate.

Who has the final say?

Emory law professor Randy Kessler said when it comes to the law and public safety, there are a lot of gray areas.

"The governor gets to say what happens in the state, then the mayor can say 'here's the executive order that I'm going to pass' and if it conflicts with the governor's order, then we're going to battle in the courts," Kessler said. "Governor usually wins those battles."

Kessler said if the governor writes his own executive order, it would override the mayors', but until then, she is able to require masks in the City of Atlanta.

"The governor's order takes precedence over the mayor's but if the mayor's order is of vital public interest, there may be a battle in the supreme court of Georgia," he added.

How legal is it to require everyone wear masks inside public places, including private businesses?

Kessler said executive orders are meant to be complied with but enforcing this one could be challenging.

"I don't think there's a crime or penalty set out right now... its an executive order. The next step is to figure out how do you enforce it? Do you fine a business for not enforcing it?"

The map shows many Georgia counties in the orange and red.

Here is a look at a few metro Atlanta counties. The CDC indicates the data depicted in the map is from the time period of Monday, July 19 through Sunday, July 25.

You can read the mayor's full executive order here.