PC Magazine noted Macon as one of the best cities for people working from home based on livability and affordability. 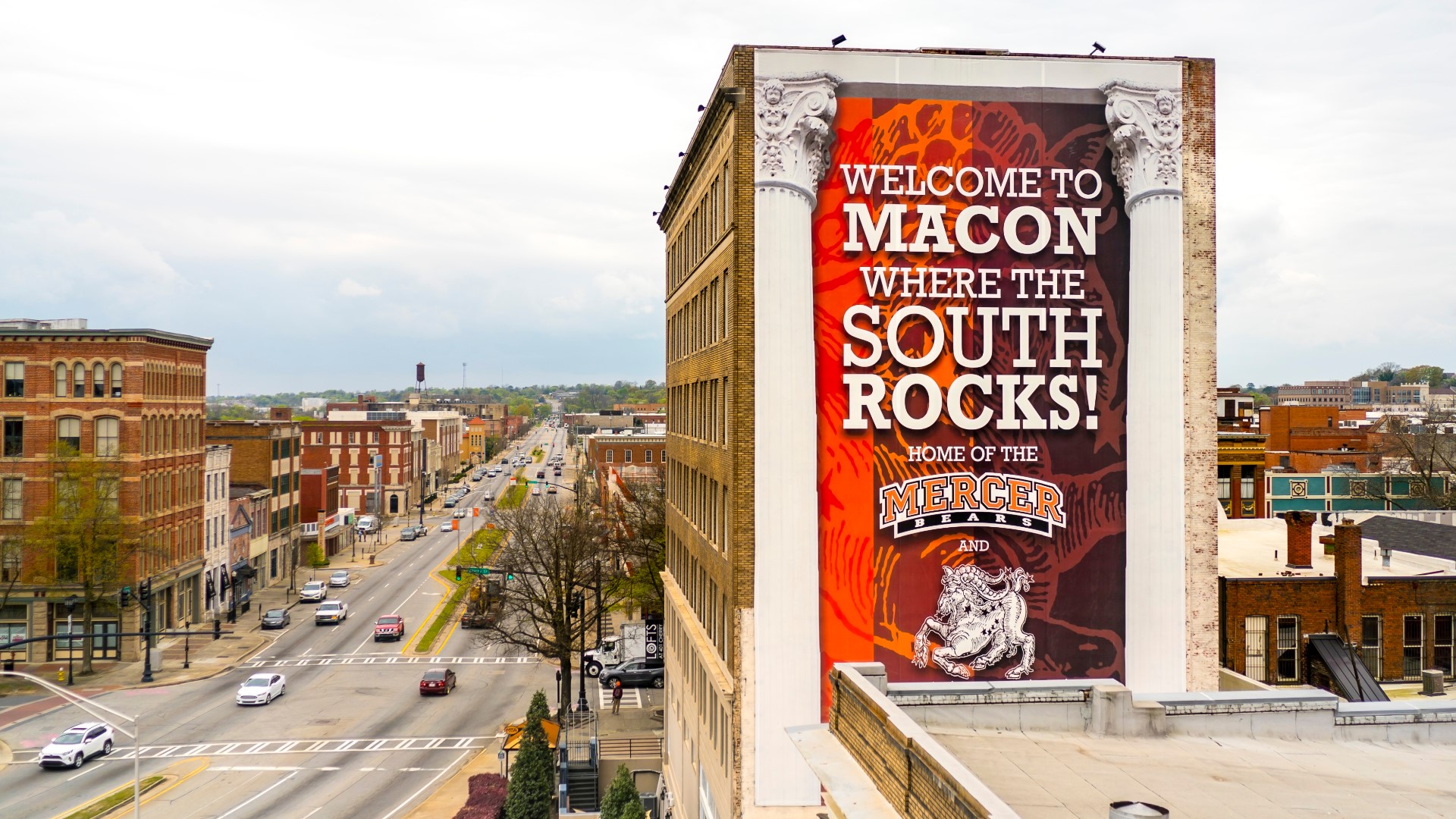 MACON, Ga. — This story was published as part of a series on housing in Central Georgia by Mercer’s Center for Collaborative Journalism and CCJ partners Georgia Public Broadcasting, 13WMAZ and the Macon Telegraph.

It’s been just over a year since the COVID-19 pandemic changed the lives of people across the United States. Americans have been forced to shift their way of life – isolating, participating in virtual events instead of in-person ones, and some people have been working from home.

According to PC Magazine, Macon residents may be in the best position to have made this transition. The computer magazine listed Macon as one of the best work from home cities of 2021, alongside the likes of Daytona Beach and Philadelphia.

“It's been kind of great,” said Nia Abreuboxill.

Abreuboxill is a graphic designer working for MSL Group based out of New York City. She's been doing remote work with the company since she started this position during the pandemic.

According to an online survey from Live Career, an online resume and job search consulting service, 81% of 1,000 working professionals say they enjoy working remotely.

Abreuboxill has an office space set up at home, where she has a desk, a company-issued laptop, and her two cats by her side.

"I work for a company based in New York, so they're paying me like a New York salary, but I still get to pay Macon rent and have Macon expenses," she said.

One of the reasons PC Magazine cited Macon on the list of best work from home cities of 2021 is because of its affordability. The magazine says Macon’s home prices, with a median price of $94,000, are much lower than Atlanta’s. That means people can get more bang for their buck.

Michelle Tapp is a realtor and Team Leader of Keller Williams Middle Georgia.

“This is a very affordable place to live," Tapp said. "Which makes it very attractive to homebuyers. They can get a lot for their money for a smaller price tag."

Tapp has noticed more buyers are taking an interest in homes that have office space. She says it's been the most asked for feature on a homebuyer's wish list.

"Office space is a huge thing, whereas we were not seeing that a couple of years ago. It is more and more necessary as people are transitioning out of an office environment," she said.

Tapp says this interest in a larger home with extra space can be accredited to the pandemic.

"The fact that we've had the pandemic happen and more and more people are needing very specific spaces for working from home and we're seeing this low inventory, it's just reacting this effect of very very high demand," she said.

PC Magazine also says Macon’s livability makes it one of the best cities to work from home. Not only can people buy a larger home for a lower rate, but it also has an “attractive setting.” To PC Mag, this means there are plenty of coffee shops, restaurants that aren’t chains, and residents that are involved in arts and education.

“It's a combination of being small, but also like there's still like things to do here," Abreuboxill said. "Every day I walk downtown and discover a new restaurant I never saw before."

Working from a home office can get tricky when bandwidth is slow, and some Central Georgia cities don't have strong internet connections. Macon happens to be a place with good access.

Andrew Boyce is the CEO of Prestige Computer Solutions, an IT service company that services the entire state, but primarily serves Central Georgia. They have an office in downtown Macon.

He says Macon is an prime place to work from home because there are several companies that provide high-speed internet.

"From companies like Cox, AT&T, and Hargray is also moving into this area with very high speed fiber optics," he said.

According to PC Mag, broadband price and speed are also part of the factors that put Macon on its list.

Tapp says it’s something homebuyers are asking about.

“They want to know internet speeds. Do houses or neighborhoods have high speed internet,” Tapp said.