His chair wasn't the only empty one, though 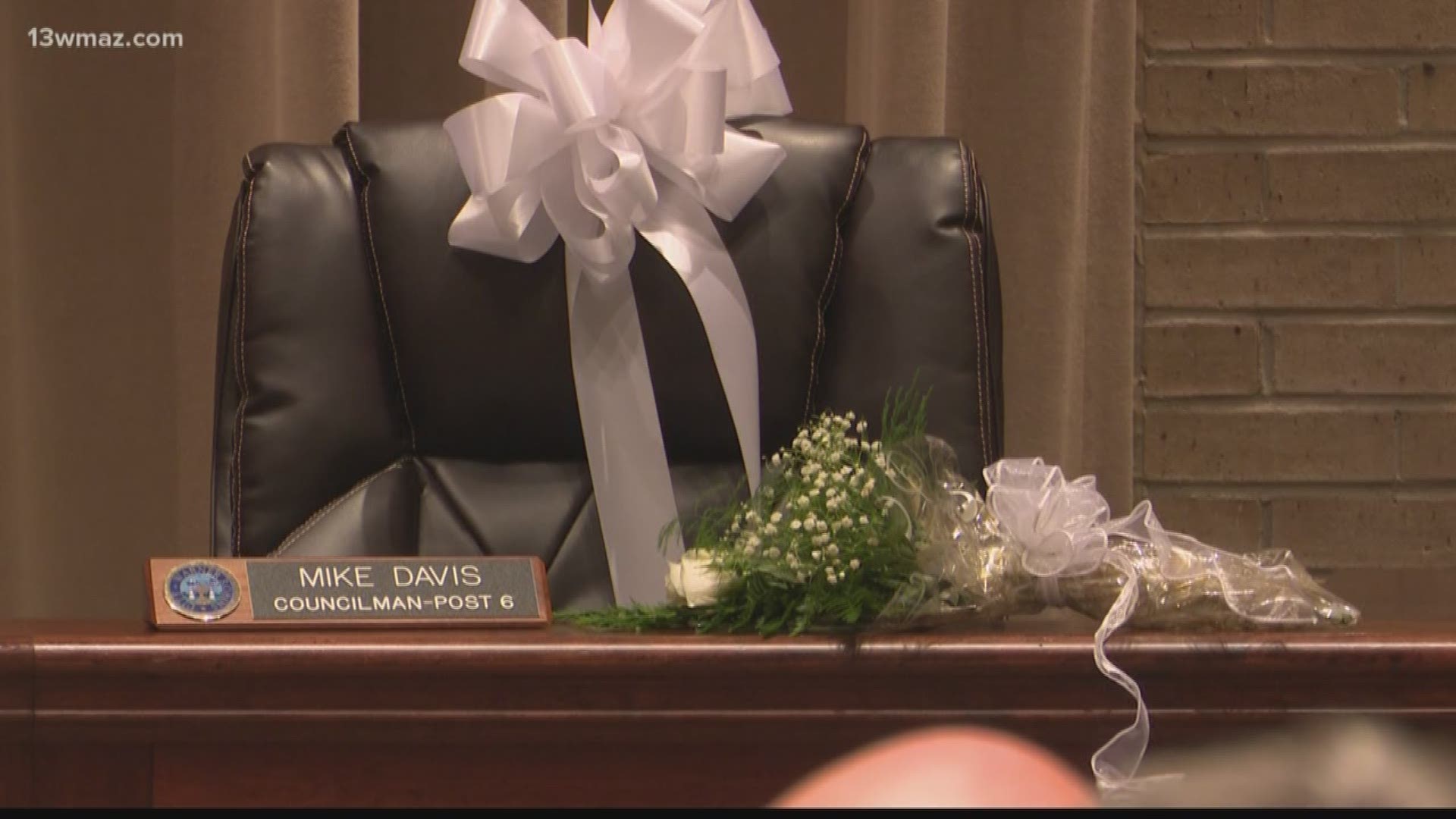 "Father, right now, we all have heavy hearts for the loss of Mr. Davis," said Mayor Randy Toms. "So I just pray that you would comfort our hearts, and we thank you for the service that he provided for this community for many many years."

Councilman Mike Davis died of pancreatic cancer on Saturday, January 26th. While his seat sat empty at the meeting, his presence was still felt.

"The first meeting without Mike here was really tough," said Mayor Toms. "I just wanted the people to know how much I personally appreciated everything Mike did for this community and the lives that he touched."

Toms said plans to fill Davis' now-vacant Post 6 seat are in the works and because of a line in city law, a special election is not on the table.

The appointment, he said, will be decided upon by both mayor and council. He hopes to have the position filled in the next four weeks.

Toms said the council members he'd spoken to indicated they'd like to appoint someone who would not run for office in November, so they don't give someone who hasn't won an election the benefit of incumbency.

Davis, however, wasn't the only council member missing at Monday's meeting. In fact, one more absence and the council wouldn't have had a quorum.

Councilman Tim Thomas was out, Toms said, with a fever.

Councilwoman Carolyn Robbins was missing, too, and apparently not for the first time.

"It's been a couple, two or three months since she's been able to be here, so I don't know, I hope she makes it back, but I don't know any details to that," said Toms.

Toms said as far as he knows, it's health issues that are keeping Robbins away from work, but he did not know specifically what those issues were. Both Robbins and her husband did not immediately return 13WMAZ's request for comment.

When asked if he thought having absent council members was a disservice to the constituents in their districts, Toms pushed back.

"I wouldn't say it's a disservice, that's not for me to judge necessarily," he said. "I love for everybody to be here, I love their input on the process, and I want to see us have a full council to move forward."

Toms announced that qualifications for candidates who wish to fill Davis' vacant seat would be posted on the city's website this week. Anyone who is interested in the position is asked to contact the mayor's office.