Vincent J. Dooley collected six SEC football titles and one national championship during his 25-season reign with the Bulldogs. 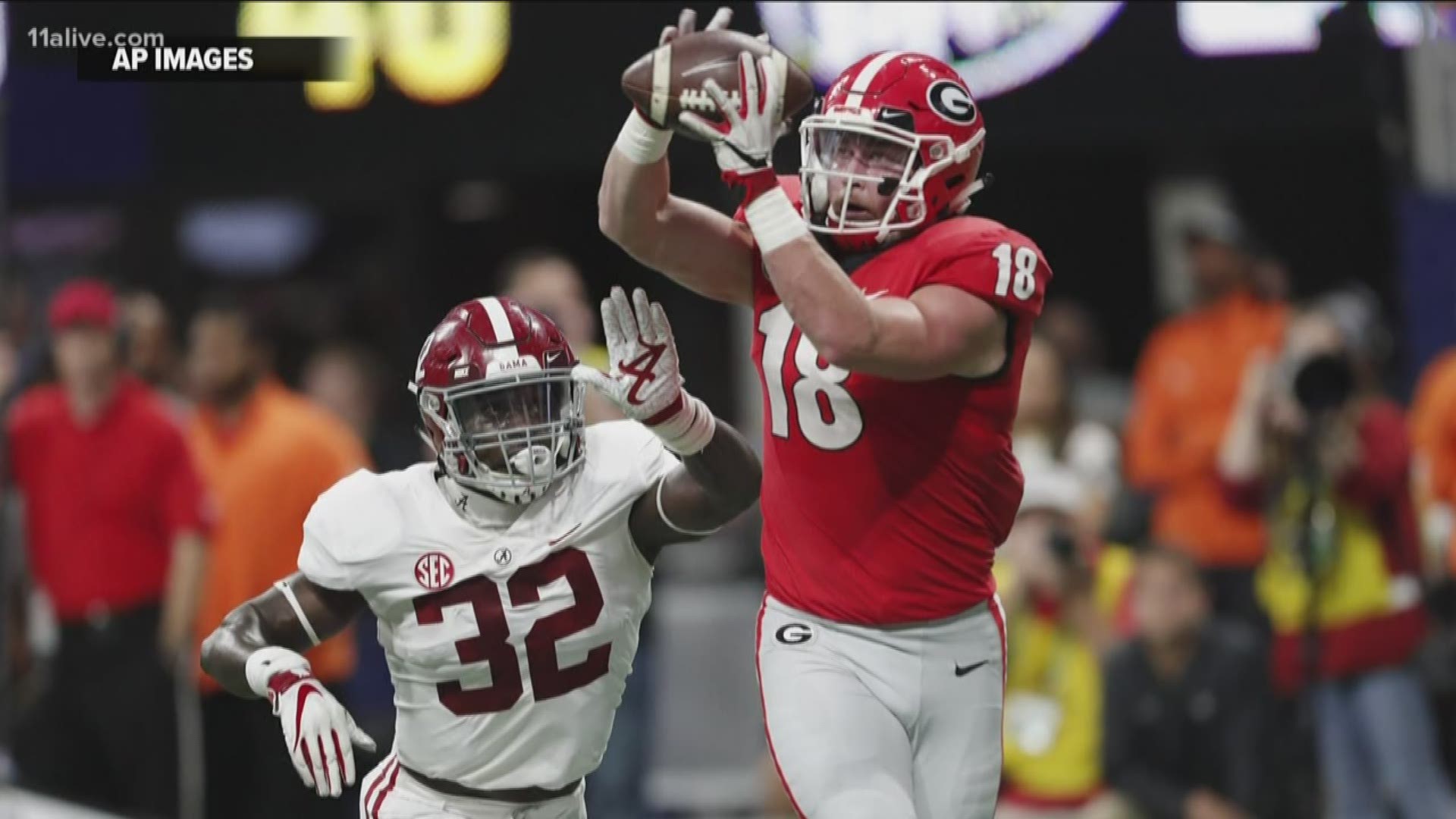 ATLANTA — Vincent J. Dooley owns the most head-coaching wins in UGA football history (201 ... ranking 18th all time) and shares a tie with Wally Butts for most football national titles in school lore.

In other words, Dooley's latest legacy honor might be long overdue.

"Coach Dooley's many contributions to this university can be seen across campus. From Georgia athletics, where he achieved unrivaled success, to the learning environment, where today many academic programs and initiatives bear his name, such as the Dooley Library Endowment Fund to the Dooley Professorship in Horticulture," said Morehead.

"The university community will continue to benefit from his service and dedication for generations to come."

Pending approval of the naming proposal (from UGA and also the school's Board of Regents), an official dedication ceremony for Dooley Field would be set for Sept. 7 inside Sanford Stadium, coinciding with Georgia's home opener against Murray State. The Dawgs open the season at Vanderbilt on Aug. 31.

"I can think of no better way to open the 2019 home football schedule than dedicating Dooley Field at Sanford Stadium," said McGarity, Georgia's Athletic Director since 2010.

"The event will be a moment for the entire Bulldog Nation to collectively say ‘thank you’ to a man who has devoted much of his life to making the Georgia athletics program one of the strongest in the nation," McGarity said.

During his 25-season reign as head coach, Georgia captured six SEC titles and one national championship in 1980.

As athletics director, UGA cleaned up against the competition, accounting for 23 national titles and 78 different conference crowns.

"I am pleased that we will have an opportunity to recognize Coach Dooley as we launch the next football season,” said current UGA head coach Kirby Smart.

"We will use this exciting development to galvanize private support around our capital fundraising efforts to expand Butts-Mehre (Hall) for our football program."