'People throw dogs away, but they are diamonds' | Senior dogs find new joy in final days

WINDER, Ga. — They're the dogs that have been thrown away, too old to be of use to their families anymore. But, a group of women is making sure these special seniors have a soft place to land.

At Frankie and Andy's Place in Winder, death isn't a bad word -- it's part of the process. The organization, which describes itself as a unique combination of senior dog shelter and emotional healing center for "troubled humans," houses a small group of senior dogs who still have a lot of love to give.

The group has 22 dogs on site right now in two cabins build just for them. And the dogs have fun names to remind everyone involved that these are no ordinary creatures.

"Here is Andrea Bochelli," said Miller, introducing 11Alive's Kaitlyn Ross to one of the dogs.

Andrea Bochelli hangs out on the porch at Frankie and Andy's Place, which houses senior dogs and helps them find new purpose.
WXIA

"What you'll notice is, every single dog here is named after a star. In their former lives, they were someone else's trash, they were thrown away. But here, they are stars. And they're all named after celebrities. Olivia Newton-John is over there with Lisa and Boris Carloff."

At Frankie and Andy's Place, senior dogs are treated like celebrities.
WXIA

Volunteers at Frankie and Andy's place rehabilitate the dogs and then bring them out in to the community.

"And that's the most incredible thing -- as soon as they have a purpose, they rise to the occasion, they just want to be of use," Miller said.

The dogs visit with kids with disabilities and senior citizens, bringing them as much comfort as they get.

Volunteers cook fresh food and vegetables for the dogs every day and every animal has their own couch to sleep on.

She said that, while most families get excited over a new puppy, senior dogs have so much to give -- even as they face debilitating health conditions that need to be treated with special care.

"I've been involved in rescue for 30 years ... everyone wanted the puppy. Everybody wanted a puppy, everyone wanted the chocolate box kind of dog," Miller said. "And these old dogs with all of their wisdom, their kindness, their patience ... It's like having grandma and granddad around all the time."

She said it breaks her heart to see older dogs passed over at local shelters.

As the dogs face the end of their days, Frankie and Andy's Place throw a party for each dog before they pass.

They celebrate with cheeseburgers and each of the volunteers tells the dog what they love about them, and why they're so special.

And Miller said, that's all anyone really wants at the end of their life. To know they are loved.

To learn more and donate to Frankie and Andy's Place, visit their website: https://www.frankieandandysplace.org/donate.html 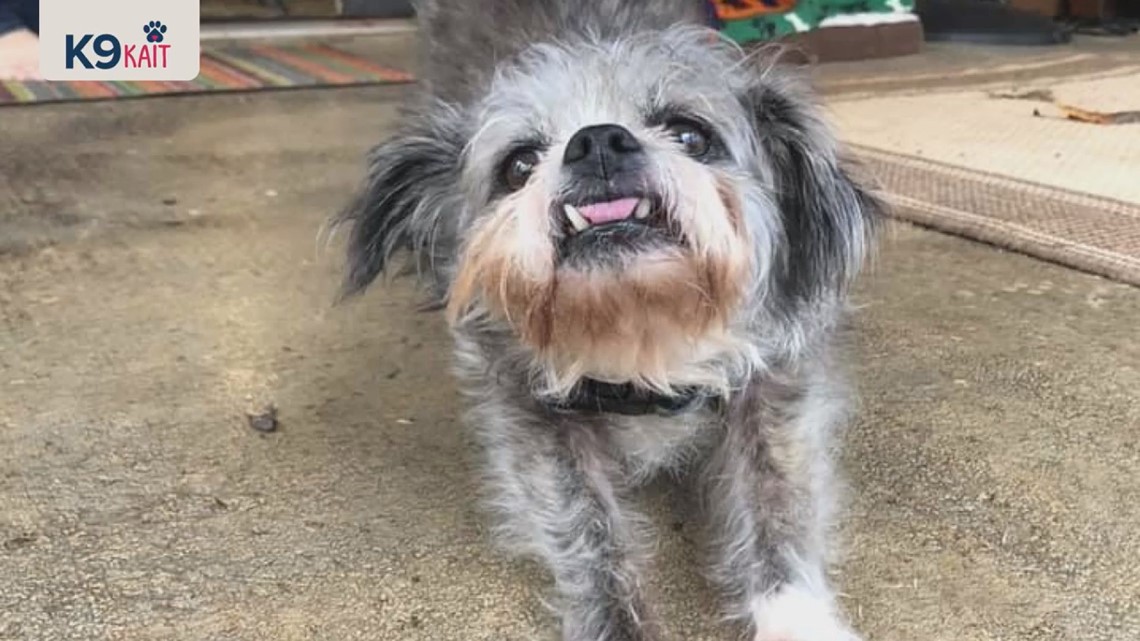